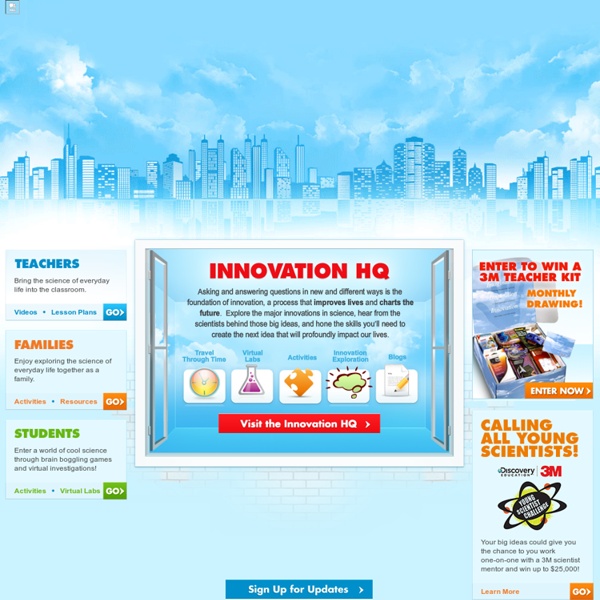 50 Really Cool Online Tools for Science Teachers A 21st-century education revolves around the Internet for everything from collaboration, tools, lessons, and even earning degrees online. If you are looking for ways to integrate online learning into your science class or science degree programs, then take a look at these cool online tools that are just perfect for both teachers and students. Science Tools to Use with Students History of Newton's Papers (1727-1872) At his death on 20 March 1727,[1] Isaac Newton left papers relating to all areas of the intellectual pursuits he had followed since arriving at Trinity College, Cambridge, in the summer of 1661.[2] His friend, relative by marriage (to Newton's half-niece Catherine Barton) and successor at the Mint, John Conduitt, posted a bond for Newton's debts and claimed entitlement to this material, Newton having died intestate. As is evident from a number of manuscripts adorned with Conduitt's notes and corrections -- for example the manuscript of 'An historical account of two notable corruptions of Scripture in a Letter to a Friend' (now New College, Oxford, Ms. 361.4) -- he took a serious scholarly interest in the papers he had acquired, although this was also partly directed towards the possibility of their publication. Continue reading about the donation of Newton's scientific papers to Cambridge University in 1872 [12] S. Horsley, ed., Isaaci Newtoni Opera quæ exstant Omnia. [14] J.

Make a Bouncing Polymer Ball - Experiment with Polymers Introduction Balls have been toys practically forever, but the bouncing ball is a more recent innovation. Bouncing balls were originally made of natural rubber, though now bouncing balls can be made of plastics and other polymers or even treated leather. You can use chemistry to make your own bouncing ball. Once you understand the basic technique, you can alter the recipe for the ball to see how the chemical composition affects the bounciness of the ball, as well as other characteristics. CREST Awards (11-19 yrs) CREST is a UK award scheme recognising success,building skills and demonstrating personalachievement in STEM (science, technology, engineering and maths) project work. UCAS endorse CREST Awards for inclusion in students’ personal statements – they’re well regarded, high-quality and a tangible recognition of success. Last year alone, over 30,000 CREST Awards were undertaken – giving 11-19yr olds opportunities to explore real-world projects in an exciting way.

KQED Public Media for Northern CA Powerful Genetic Test Prevents Paternity Mix-Up A couple who used a fertility clinic to conceive was ready to sue when the child’s blood type didn’t match up with mom and dad’s. Obviously the clinic had used the wrong sperm or made some other awful mistake.

6 Virtual Tours Of The Human Body For Free Interactive Anatomy Lessons When it comes to interactive virtual views, we have gone to space and around the globe. So, it’s not surprising that we are also going within ourselves on a virtual journey of the human body. One of the finest tools available online is Visible Body. Unfortunately, it’s not free anymore. But you can see the beauty of it thanks to the free demo that allows you to explore the head and neck. If you are disappointed that there aren’t any free interactive anatomy tools, worry not. Extreme Weather 2011 A year for the record books From extreme drought, heat waves and floods to unprecedented tornado outbreaks, hurricanes, wildfires and winter storms, a record 14 weather and climate disasters in 2011 each caused $1 billion or more in damages — and most regrettably, loss of human lives and property. NOAA's National Weather Service has redoubled its efforts to create a "Weather-Ready Nation", where vulnerable communities are better prepared for extreme weather and other natural disasters. NOAA forecasts, advisories, watches, warnings and community-based preparedness programs have been and will continue play an even greater role in enhancing the economy and saving lives.

DIY Solar Lamp: Make Your Own Eco-Friendly Sun Jars The principle is simple and seductively clever: solar lights that store energy during the day and release light at night. These can be purchased ready-made in a variety of colors (yellow, blue and red) but they can also be built at home. A simple, less-technical approach involves buying a conventional solar-powered yard lamp and then essentially harvesting it for key pieces to put in a jar. This is simply a way of taking an existing solar lamp design and appropriating its parts to make something more attractive for display around a house or home. A more electronically-savvy individual can take the more complex route and built a solar lamp from the ground up using small solar panels – though the aesthetic result may not be as impressive. Whatever route you choose to go, these are fun and sustainable gadgets that make it easy to go green, automate the process of turning on lights at night and can add some color to your porch, patio, garden or windowsill.

Physics Flash Animations We have been increasingly using Flash animations for illustrating Physics content. This page provides access to those animations which may be of general interest. The animations will appear in a separate window. Newton's Laws of Motion The motion of an aircraft through the air can be explained and described by physical principals discovered over 300 years ago by Sir Isaac Newton. Newton worked in many areas of mathematics and physics. He developed the theories of gravitation in 1666, when he was only 23 years old. Some twenty years later, in 1686, he presented his three laws of motion in the "Principia Mathematica Philosophiae Naturalis." The laws are shown above, and the application of these laws to aerodynamics are given on separate slides. Frozen Planet: Explore the polar regions Click on the image below to start exploring the Arctic and Antarctic. You can access geographic information provided by Arctic and Antarctic experts, watch videos of the wildlife in each region, and see important historical events as people explore the polar regions. Copyrighted image Credit: The Open University Launch Frozen Planet 9 Special thanks to British Antarctic Survey 10 for their assistance in developing this interactive map. Please note: If you've arrived at this page looking for our Frozen Planet poster, thank you for your interest, but unfortunately, demand for this item was very high and we have now exhausted our current supplies.

10 Great Android Science Apps for Students June 3 , 2015 Explore the wonders of science with these Android apps specifically curated for kids, young learners and science enthusiasts. We selectively compiled this list to comprise what we think are among the best science apps out there. Using these apps, kids will get to engage with a variety of learning tasks involving different science phenomenon and covering various disciplines including: astronomy, human anatomy,biology, and many more. 1- Kids Measurement Science Lite “Young scientists learn to analyse the physical world by measuring across a variety of domains - time, size, weight and money. 5-8 year old kids measure length, weight, time and money in this science app using a tape, a scale, a clock and coins in 20 exercises. Khan Academy 2012 March 12 - The Scale of the Universe Interactive Discover the cosmos! Each day a different image or photograph of our fascinating universe is featured, along with a brief explanation written by a professional astronomer. 2012 March 12 The Scale of the Universe - Interactive Flash Animation Credit & Copyright: Cary & Michael Huang Explanation: What does the universe look like on small scales?