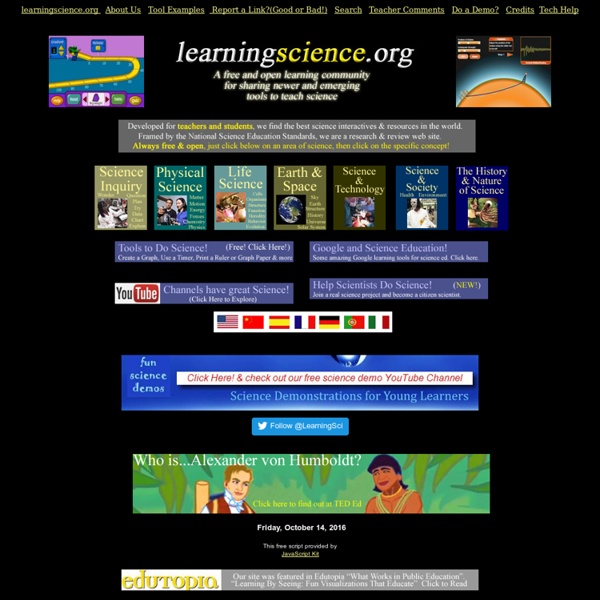 Move Over Harvard And MIT, Stanford Has The Real “Revolution In Education” Lectures are often the least educational aspect of college; I know, I’ve taught college seniors and witnessed how little students learn during their four years in higher education. So, while it’s noble that MIT and Harvard are opening their otherwise exclusive lecture content to the public with EdX, hanging a webcam inside of a classroom is a not a “revolution in education”. A revolution in education would be replacing lectures with the Khan Academy and dedicating class time to hands-on learning, which is exactly what Stanford’s medical school proposed last week. Stanford realizes that great education comes from being surrounded by inspiring peers, being coached by world-class thinkers, and spending time solving actual problems. So, last week, two Stanford professors made a courageous proposal to ditch lectures in the medical school. Skeptical readers may argue that Khan Academy can’t compete with lectures from the world’s great thinkers. [Image via the University of Waterloo.]

Secret Worlds: The Universe Within - Interactive Java Tutorial Secret Worlds: The Universe Within View the Milky Way at 10 million light years from the Earth. Then move through space towards the Earth in successive orders of magnitude until you reach a tall oak tree just outside the buildings of the National High Magnetic Field Laboratory in Tallahassee, Florida. After that, begin to move from the actual size of a leaf into a microscopic world that reveals leaf cell walls, the cell nucleus, chromatin, DNA and finally, into the subatomic universe of electrons and protons. Once the tutorial has completely downloaded, a set of the arrows will appear that allow the user to increase or decrease the view magnitude in Manual mode. Click on the Auto button to return to the Automatic mode. Notice how each picture is actually an image of something that is 10 times bigger or smaller than the one preceding or following it. Earth = 12.76 x 10+6 = 12,760,000 meters wide (12.76 million meters) Contributing Authors David A. Questions or comments?

Victorian Flea Circuses: A Lost Art Form "QUANTUM SHOT" #549Link - by A. Abrams If you can make a flea cooperate with you, you're probably good at politics I have to say, this is probably the strangest subject we ever talked about on Dark Roasted Blend. A flea, with legs finer than a human hair, can pull up to 700 times its own weight! (art credit: Leah Palmer Preiss) "Big fleas have little fleas... Andy Clark sends us his latest project - he's been researching this topic for about four years now and regularly publishes new discoveries along with other flea news on the Flea Circus Research Library blog. "The idea to make a Victorian Flea Chariot came to me when I wondered if it's possible to use simple techniques available in the 1800s to make one today. The chariot is approx 10mm long by 7mm wide and made from brass; the wheels are 5mm in diameter. Making the chariot can be seen here, with video of a final product. On the right are some modern props, created by Swen Swenson, left image via images via National Fairground Archive ...

Ending the 'tyranny of the lecture' Harvard professor Eric Mazur reveals how he uses peer instruction to make learning more dynamic—and how new software can facilitate this process By Dennis Pierce, Editor Read more by Dennis Pierce July 27th, 2011 Students need to assimilate information before they can apply it to a different context, Mazur said. At an educational technology conference in Boston July 27, Harvard University physics professor Eric Mazur explained how he uses “peer instruction” to help his students engage in deeper learning than traditional lectures can provide—and he unveiled a brand-new ed-tech service that can help educators take this concept to a whole new level. Mazur used a simple experiment to drive home his point that lecturing is an outdated—and largely ineffective—strategy for imparting knowledge. While the responses from the crowd varied—some cited practice or experience, while others said trial and error—no one answered “lecture,” Mazur noted wryly.

The Energy Story Energy is one of the most fundamental parts of our universe. We use energy to do work. Energy lights our cities. Energy from the sun gives us light during the day. Everything we do is connected to energy in one form or another. Energy is defined as: "the ability to do work." When we eat, our bodies transform the energy stored in the food into energy to do work. Cars, planes, light bulbs, boats and machinery also transform energy into work. Work means moving something, lifting something, warming something, lighting something. There are many sources of energy. The forms of energy we will look at include: Electricity Biomass Energy - energy from plants Geothermal Energy Fossil Fuels - Coal, Oil and Natural Gas Hydro Power and Ocean Energy Nuclear Energy Solar Energy Wind Energy Transportation Energy We will also look at turbines and generators, at what electricity is, how energy is sent to users, and how we can decrease or conserve the energy we use.

ABC Science Hot tags Weather Climate Change Planets and Asteroids Archaeology Fossils Editor's choice Sunday, 15 January 2017 RN Offtrack Counting birds to save the Murray-Darling Friday, 18 November 2016 Professor Richard Kingsford has spent much of his life counting birds: a critical body of work that shows Australia's rivers are under threat. Great Moments in Science The earworms you can't get out of your head Tuesday, 29 November 2016If you've ever had a song stuck in your head, you'll know it's annoying. Photos Incredible inner space Venture into the micro world of human anatomy and animals with teeth reinforced with iron, scales that reflect light and velvet 'fingers' on their skin captured by scientists from the Australian Microscopy and Microanalysis Research Facility. More galleries Science Quizzes Aussie birds quiz Can you tell the difference between a cuckoo and a cockatoo, or a peregrine and a penguin? Chemistry quiz Is your chemistry knowledge as light as helium or as heavy as plutonium?