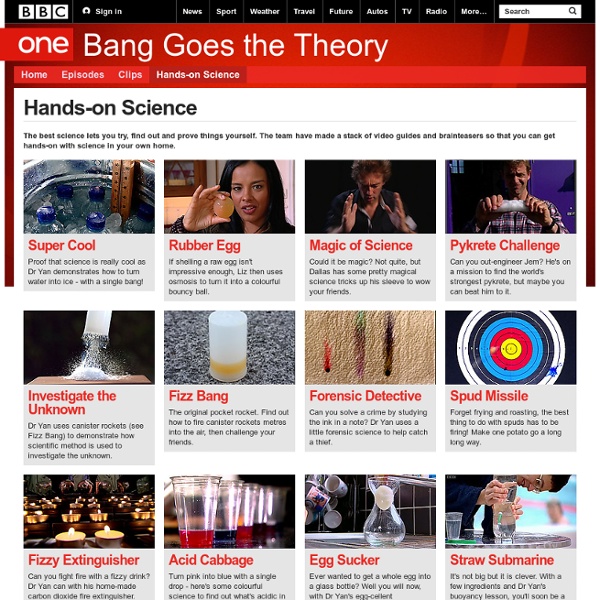 100 Incredible Lectures from the World’s Top Scientists | Best Colleges Online Posted on Thursday June 18, 2009 by Staff Writers By Sarah Russel Unless you’re enrolled at one of the best online colleges or are an elite member of the science and engineering inner circle, you’re probably left out of most of the exciting research explored by the world’s greatest scientists. But thanks to the Internet and the generosity of many universities and online colleges, you’ve now got access to the cutting edge theories and projects that are changing the world in this list below. If you’re looking for even more amazing lectures, check out our updated list for 2012 with more talks from great minds. General Let the world’s top scientists explain exactly how they do their job when you listen to these lectures. Science and Engineering From materials science to the study of thermodynamics, learn more about the science of engineering here. WTC Lecture – collapse of WTC Buildings: Steven E. Biology and Medicine Chemistry Physics and Astronomy Earth and Environment Technology Science and Business

Waterloo Labs Ideas for Life - Welcome ChemDoodle Web Components | HTML5 Chemistry Science Babe goes after Dr. Mercola, Food Babe, Dr. Oz, et al Yvette d'Entremont, an analytical chemist, started Science Babe as a way to satirize the questionable claims made by Vani Hari on her Food Babe site. But Science Babe has become more serious of late and d'Entremont is taking on every popular health quack on the Web. James Fell of Ask Men profiled Science Babe to get her perspective on promotors of bro and babe "science." From the article: Mercola: “If someone sends me a link from Dr. Food Babe: [W]hile some of the more quacktacular natural health type blogs have rallied to Vani Hari’s defense after Yvette’s exposé, most of the media has been supportive of the more sciencey Babe.

How to Combat Distrust of Science Acceptance of science has become increasingly polarized in the United States. Indeed, a recent Pew poll shows that there is a substantial and growing amount of public disagreement about basic scientific facts, including human evolution, the safety of vaccines and whether or not human-caused climate change is real and happening. What is causing this, you might ask? People often interpret the same information very differently. Yet, if our personal values, beliefs and worldviews really dictate our reality, then aren’t science communicators just blowing in the wind? A recent study by one of us showed that perceived scientific consensus functions as an important “gateway belief.” You might expect that given the contested and politicized nature of the climate change problem, such a simple message would have little effect or could even backfire. What’s even more interesting is that we found the same effect for two differentially motivated audiences: Democrats and Republicans. Back to facts.

Will Tesla's Battery for Homes Change the Energy Market? Tim Rue/Bloomberg via Getty Images Elon Musk unveils Tesla's 'Powerwall' battery for homes at a press conference in Hawthorne, California. Tesla Motors, the electric-car maker based in Palo Alto, California, has announced that it will sell versions of its battery packs directly to consumers to help to power their homes, as well as to businesses that run larger facilities, and utility companies. At a press conference in Los Angeles on 30 April, the company’s charismatic founder Elon Musk said that the firm’s lithium-ion batteries would enable economies to move to low-carbon energy sources. Solar energy sources are erratic — but by storing their energy and then releasing it when required, batteries could solve that problem, he said. Many other companies also sell stationary battery storage for buildings and for power grids — but analysts say that the technology is still too expensive for widespread use. Has Tesla just invented a new battery technology? No. Possibly — but it’s unclear.

Spiders sprayed with graphene or carbon nanotubes spin super silk - life - 05 May 2015 Spider-man would be so envious. Spiders have woven webs infused with carbon nanotubes and even graphene, raising the prospect of new materials with record-beating properties. Graphene – sheets of carbon just one atom thick – is one of the strongest artificial materials, and spider silk is one of the strongest natural ones. So Nicola Pugno of the University of Trento, Italy, wondered what would happen if you combined them. Pugno and his colleagues captured five spiders from the Pholcidae family and sprayed them with a mixture of water and graphene particles 200 to 300 nanometres wide. Some spiders produced below-par silk, but others got a major boost. From spiders to silkworms The only natural material that is stronger than orb spider silk is the material that the teeth of molluscs called limpets are made out of, Pugno and colleagues revealed earlier this year. The team isn't sure how the graphene and carbon nanotubes end up in the silk. Reference: arxiv.org/abs/1504.06751 Promoted Stories

Could ancient laws help us sue the internet? - tech - 10 May 2015 A medieval law could help us bring to book all those responsible for algorithms that run – and ruin – our lives… There's always a camera you don't know about (Image: Niall McDiarmid/Millennium Images, UK) Conference: Theorizing the Web 17/18 April, International Center of Photography, New York City THIS century's next great legal challenge will be to make those responsible for complex systems accountable for their actions, says Kate Crawford, who works for Microsoft Research. There are no clear answers to these questions, which is why Crawford wants to resurrect the deodand, an obscure legal term from the 11th century. Only at a hip New York conference like Theorizing the Web could medieval law be proposed as the answer to the great legal battle of our age. In medieval England, personal property became a deodand if it was judged responsible for the death of a human being, and, as such, was forfeit to the monarch. This article appeared in print under the headline "Can we sue the web?"