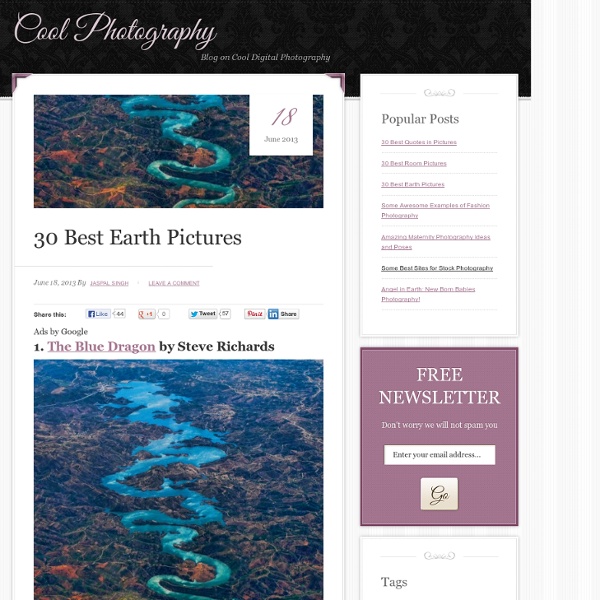 Astro Anarchy Early 1900s in Colour - All around the world All around the world - Franny Wentzel - Thursday, May 6th, 2010 : goo [previous] :: [next] In the early part of the 20th century French-Jewish capitalist Albert Kahn set about to collect a photographic record of the world, the images were held in an 'Archive of the Planet'. www.albert-kahn.fr/english/ Autochrome was the first industrial process for true colour photography. www.albertkahn.co.uk A few photos from the collection. Portraits Algeria Dahomey - now Benin Bosnia Brasil Bulgaria Cambodia Canada China Croatia Dijbouti Egypt England France Germany Greece Holland India Iran Iraq Ireland Italy King Faisal Lebenon Macedonia Mongolia Montenegro Morocco Norway Palestine Serbia Spain Sri Lanka Sweden Switzerland Syria Turkey United States of America Vietnam Albert Kahn was a man of peace but unfortunately he had to live through three major wars against his country. This article has been viewed 3311213 times in the last 4 years dglenn: Fantastic!! Jack: 7th May 2010 - 19:27 GMT Amazing pictures! burg: 7th May 2010 - 19:37 GMT .

Use Your Womb To Activate World Consciousness | Seven Sisters Mystery School Photo credit: © 2009 Exper G. R. – exper.3drecursions.com In sacred ceremony, I was given a powerful visualization to pass on to women worldwide as a means of reestablishing our oracular connection with one another, with Gaia, and with the Great Cosmic Womb. This is a simple but potent visualization you can do to reestablish the “Womb Grid” on the planet –– the network by which women of consciousness can receive and transmit high-level information designed to stimulate the further awakening of humanity. Why Womb? Thus, Gaia is a womb portal nested within the Great Cosmic Womb. This is not to “reduce women down” to being “mere” uterine receptacles. For the womb is a transmitter and receiver on many levels. This reality was honored by our most ancient ancestors in their cosmologies, and is still honored by many traditions today. Do This Five Minutes a Day The visualization is simple but powerful. Ask Gaia permission to ground deeply into her. Comments comments

10 Amazing Little-Known Vacation Spots Jacob's Well, Wimberley, Texas Jacob’s Well is a significant karstic spring, the largest perennial spring in the Texas Hill Country. It flows from the most extensive underwater cave in Texas, opening in the bed of Cypress Creek, a few miles north of Wimberley, Texas.The twelve foot (four meter) diameter mouth of the cave serves as a popular swimming and water recreation spot for the local land owners whose properties adjoin Cypress Creek. From the opening in the creek bed, Jacob’s Well descends vertically for about thirty feet (ten meters), continuing from there at an angle as a series of chambers separated by narrow, often deeply silted and unstable necks, ultimately reaching a depth of at least one hundred and twenty feet (forty meters). From the dawn of recorded history until the modern era, the Trinity Aquifer-fed natural artesian spring gushed water from the mouth of the cave and as much as thirty feet (ten meters) into the air. At least eight divers have lost their lives while exploring Jacob’s Well.

Animals Illuminated by the Sun The time of sunset is defined in astronomy as the moment when the trailing edge of the Sun’s disk disappears below the horizon in the west. There are few things in nature as photogenic as the sky at sunset, especially animals. The rich bright gold, pink and orange colors make unusually beautiful pictures of animals illuminated by the sun. Source Source Source Source Source Source Source Source Source Source Source Source Source Sacred Places: Sacredness An exploration of how and why places become invested with SACREDNESS and how the SACRED is embodied or made manifest through ART and ARCHITECTURE The SACRED is that which is the object of veneration and awe. The term comes from the Latin sacer meaning restricted or set off. A person may be designated as sacred, and so can an object or a place which is regarded as extraordinary or unique. The term sacer is closely related to numen meaning mysterious power or god. Numinous is used to describe the sacred to indicate its power. In his book, The Sacred and the Profane [see BIBLIOGRAPHY], Mircea Eliade (1907-1986) explains that the sacred always manifests itself as a reality different from normal realities. The presumption is that the divine or some supernatural or spiritual force is manifesting itself to the beholder, who feels privileged thereby. Similarly, it can be suggested that Mount Sinai was already a sacred mountain (cf. Divination

101 Most Beautiful Places To Visit Before You Die! (Part II) Whitehaven Beach, Australia Westin Maui Resort & Spa Hawaii Coast near Marsa Matruh, Egypt Skaftafell Ice Cave in Iceland Heart Sea Arch, Portugal Marble Caverns of Carrera Lake, Chile Blue Lagoon Galapagos Islands in Ecuador Sea Cliffs, Varadero, Cuba St. Hitachi Seaside Park, Ibaraki The Shahara Bridge, Yemen Rothenburg ob der Tauber, Germany Spotted Lake (Khiluk) British Columbia Havasu Falls ~ Grand Canyon National Park Santorini, Greece Albarracin, Aragon, Spain Fjaðrárgljúfur Canyon, Iceland The Dark Hedges, Northern Ireland 111 Likes Incredible Space Pics from ISS by NASA astronaut Wheelock Go Discovery! It was October 23, 2007 at 11:40am EST when I had my first ride to space on Discovery. She’s beautiful… just sad that this will be her last voyage. Looking forward to climbing aboard the flight deck when Discovery arrives at the Space Station in November. (9-23-2010). On September 22, 2010, with the departure of the Expedition 23 crew, Colonel Douglas H. We thought that we should put some of the space photos together as a tribute to him and the whole ISS crew. The following space photos are all visible on Astro_Wheels’ twitpic account, and we are eternally grateful to him for sharing these space photos with the world. Incredible Photos from Space: ‘Earthshine’… The Space Station basking in blue Earthshine as the rising sun pierces our razor-thin atmosphere to cover the Space Station with blue light. NASA astronaut Douglas H. Incredible Photos from Space: Isle Juan de Nova In the Mozambique Channel between Madagascar and the African mainland.