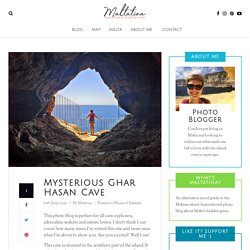 I don’t think I can count how many times I’ve visited this site and never seen what I’m about to show you. Are you excited? Well I am! Experience the amazing Equinox phenomena at Hagar Qim & Mnajdra Temples. Here’s why the Equinox at Hagar Qim and Mnajdra Temples in Malta is one of the most extraordinary archaeoastronomical events on the planet! 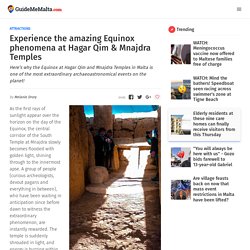 Melanie Drury As the first rays of sunlight appear over the horizon on the day of the Equinox, the central corridor of the South Temple at Mnajdra slowly becomes flooded with golden light, shining through to the innermost apse. A group of people (curious archeologists, devout pagans and everything in between), who have been waiting in anticipation since before dawn to witness the extraordinary phenomenon, are instantly rewarded. The temple is suddenly shrouded in light, and energy is buzzing within its standing stone walls as everyone stands in wonder. National Museum of Archaeology, Malta. The National Museum of Archaeology is housed in the Auberge de Provence, in Republic Street, Valletta. 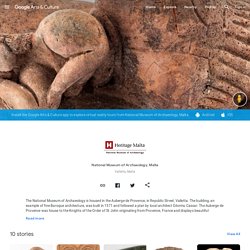 The building, an example of fine Baroque architecture, was built in 1571 and followed a plan by local architect Ġilormu Cassar. The Auberge de Provence was house to the Knights of the Order of St John originating from Provence, France and displays beautiful architectural features. Of particular note is the Grand Salon, with its richly painted walls and wooden beamed ceiling. A 'living' 16th Century Palazzo in Valletta. Strait Street’s lower end to get a makeover. The largely derelict lower stretch of Strait Street which is to be transformed into a place of fine dining, cocktails and live music. 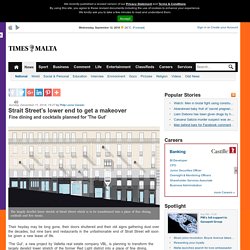 Their heyday may be long gone, their doors shuttered and their old signs gathering dust over the decades, but nine bars and restaurants in the unfashionable end of Strait Street will soon be given a new lease of life. ‘The Gut’, a new project by Valletta real estate company VBL, is planning to transform the largely derelict lower stretch of the former Red Light district into a place of fine dining, cocktails and live music. Watering holes that over the years have taken on the quality of myth – Silver Horse Bar, Blue Peter, New York, Kennedy, Mae West – will be revived and reopened, each with a unique concept including tea house, ice cream parlour and champagne and oyster lounge. 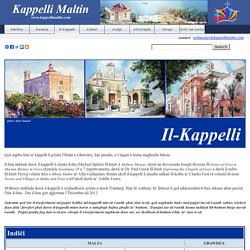 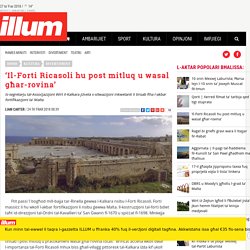 Forti massiċċ li hu wkoll l-akbar fortifikazzjoni li nsibu ġewwa Malta. THE THREE VILLAGES – WHAT TO SEE AND DO. Tiny but beautiful, the villages of Attard, Balzan and Lija hold many secrets within their landscaped gardens, narrow roads and majestic houses. 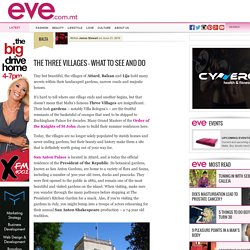 It’s hard to tell where one village ends and another begins, but that doesn’t mean that Malta’s famous Three Villages are insignificant. Windmill Redoubt. Australian Bungalow in Malta CMP FINAL. Home - Villa Bologna. The Gardens at Villa Bologna - Gardens in Malta - Visitmalta - The official tourism website for Malta, Gozo and Comino. Villa Bologna is a grand but charming baroque Villa set in 8 acres of historic landscaped gardens. 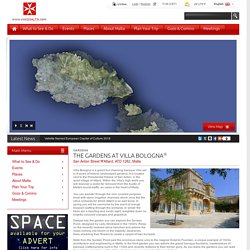 It is located next to the Presidential Palace of San Anton, in the quiet village of Attard. Within the Villa's high walls you will discover a world far removed from the bustle of Malta's tourist traffic, an oasis in the heart of Malta. You can wander through the vine covered pergolas lined with stone irrigation channels which once fed the citrus orchards for which Attard is so well know. Palazzo Parisio Malta. 9 Of Malta's Most Haunted Locations - Lovin Malta. Exploring the darker side of our country Malta is renowned for its year-long sunshine, stunning beaches and friendly locals; but as with most things, it also has a more sinister side to it. 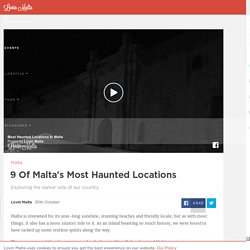 As an island boasting so much history, we were bound to have racked up some restless spirits along the way. These are some of the places rumoured to be haunted by all the ghosts of Maltin past. 1. The Blue Dolphin House, Valletta We'll start off light, with a quirky story from a house in St. The following day, when they returned to pick up a silver cigarette case one of the sailors had forgotten, they found the entire house in ruins. 2. A long-abandoned mansion in Marsaxlokk that is known for its paranormal activity. 3. 7 Most Haunted Locations In Valletta - Lovin Malta. A while back, we gave you a list of some of the most haunted places in Malta. 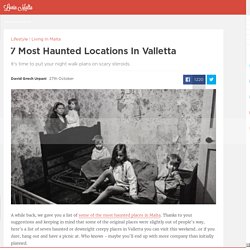 Thanks to your suggestions and keeping in mind that some of the original places were slightly out of people's way, here's a list of seven haunted or downright creepy places in Valletta you can visit this weekend...or if you dare, hang out and have a picnic at. Who knows - maybe you'll end up with more company than initially planned. 1. Ġiġa's House It's practically impossible to find one person in Malta who hasn't heard the story of the gruesome murder (and partial beheading and throwing into a laundry machine) of eight-year-old Anthony "Twannie" Aquilina in 1960. Dozens of Xarabank features later, it doesn't seem like one conclusive story can still be agreed upon. 2. Originally, this building on Merchant Street at the corner with St. When the building started being used again, this time as the Russian Culture Centre, various creepy reports started coming in.

Churches and Chapels of Malta & Gozo. I have always been around church and liturgy since childhood, moreover I find the subject of History fascinating. I also happen to be Maltese, born on an island that was once said to be the 'Sacred Island of the Mediterranean' of old. I am also always fascinated with church buildings from cathedrals to wayside chapels.

Having all this going for me, I decided, in my retirement days, to come out with a project about the churches and chapels of the Maltese Islands of all time and post it on my own website. Reserves - Birdlife Malta : Birdlife Malta. Home » Reserves Our nature reserves offer a great opportunity to get closer to wildlife. Along with beautiful birds, you can also spot wonderful wildflowers and impressive insects. Click on the links below to find out more about each of our reserves, their opening hours, and how to get there. We hope to see you there soon. GħadiraGħadira Nature Reserve is a haven for wading birds. Malta Wine Cellars : Malta Wine Producer - Malta Wines. The Marsovin Cellars reflect the commitment and passion of four generations of wine-makers – a blend of tradition and expertise evolved over 90 years. Over 100,000 bottles and 220 oak barrels are aged in these cellars. A practice as rare as the quality it creates.

The Cliffs Interpretation Centre - Natural Attractions in Malta - Visitmalta - The official tourism website for Malta, Gozo and Comino. Majjistral Park. Koperattiva Rurali Manikata. Buying locally grown fruit and vegetables is good for the environment and sustains the local farmers. Every Sunday, between October and June, we sell seasonal products grown on our fields in Manikata. Visit us at The Armoury, Għajn Tuffieħa Camp, just a few metres up the road leading to Manikata from the parking lot in Għajn Tuffieħa.