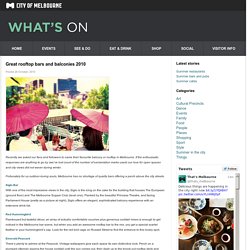 If the enthusiastic responses are anything to go by (we’ve lost count of the number of exclamation marks used) our love for open spaces and city views did not waver during winter. Fortunately for us outdoor-loving souls, Melbourne has no shortage of quality bars offering a perch above the city streets. Siglo Bar With one of the most impressive views in the city, Siglo is the icing on the cake for the building that houses The European (ground floor) and The Melbourne Supper Club (level one). Flanked by the beautiful Princess Theatre, and facing Parliament House (pretty as a picture at night), Siglo offers an elegant, sophisticated balcony experience with an extensive drink list. Emerald Peacock There’s plenty to admire at the Peacock. Sarti Found in Russell Place, Sarti is a sophisticated spot for those who like their al fresco authentically Italian. 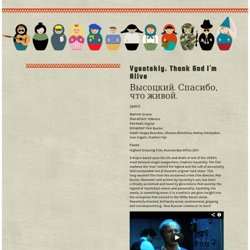 The film explores the ‘man’ behind the legend and the cult of personality that surrounded one of Russia’s original ‘rock stars’. This long-awaited film from the acclaimed crime film director, Petr Buslov ( Bummer ) and written by Vysotskiy’s son, has been critically acclaimed and loved by generations that worship the legend of Vysotskiy’s music and personality. Next film title > What is Melbourne's Quirkiest Eatery? - Melbourne. With all of the great places to eat in melbourne, we're not looking for the most wonderful, but the weirdest. 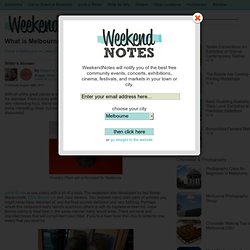 From places with interesting decor, or themed nights, or places that just serve very interesting food. We're looking for Melbourne's most unique eateries. We've tracked down some interesting ideas, but we want to know what weird and wonderful places you've discovered. Found a Place with a Penchant for Taxidermy Josie Bones is one eatery with a bit of a twist. From the Trotters to the Heart at Josie Bones Perhaps one of the most unique dining experiences in Melbourne is Zingara. Learn how to take great photos from a professional photographer - just $99 4.0/5 from 1 review Another interesting Melbourne food concept that is certainly quite unique, is the chain of Lentil As Anything restaurants. A Vegetarian Breakfast at Lentil As Anything There are definitely other interesting places. So let us know the unique places that you've shared a meal. Find a Restaurant in Melbourne. Melbourne Arts, Music, and Entertainment. 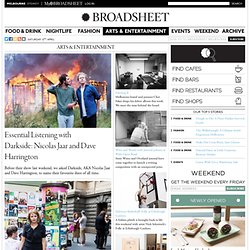 How do you become successful (and funny) enough to make a living from comedy? It’s a question thousands of would-be comics would love an answer to. Anne Edmonds is one local who’s found out, and she’s done it with nary a breakfast radio or TV contract in sight. A Comedian's Guide to the Comedy Festival With a mountain of comedians to sift through in this year’s Comedy Festival, sometimes it’s best to go straight to the source. 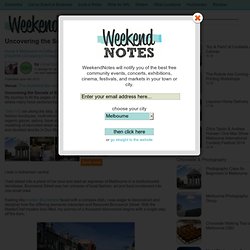 Tram 112 ran along the strip, dotted with what seemed to be a shambolic ensemble of high fashion boutiques, multi-ethnic restaurants, florists, second-hand stores, cafes, art galleries, organic grocer, salons, book stores, jewellers, bars and housing. The pedestrians were a muddling of stencilled street wear, clean shaven suits, T-shirt and old jeans, Haute couture and studded skunks in Doc Martens. Learn how to take great photos from a professional photographer - just $99 4.0/5 from 1 review I was in bohemian central.

Feeling like Heston Blumenthal faced with a complex dish, I was eager to deconstruct and decipher how the differing elements interacted and flavoured Brunswick Street. Brunswick Street by Mat Connolley of Wikimedia Commons "Fashion is all about you... " Food & Drink.