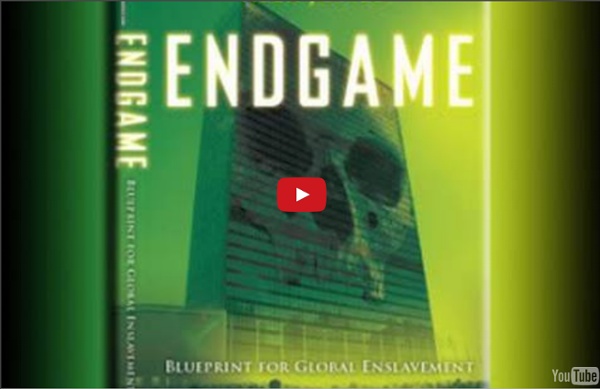 Natural News Blogs The plot to control and reduce the population 4 As we continue with Dr. Day’s speech regarding the assault on humanity by the “powers”, please reflect upon what has been implemented so far. If it upsets you, that’s good. We have been “sheeple” for too long. REDIRECTING THE PURPOSE OF SEX – SEX WITHOUT REPRODUCTION AND REPRODUCTION WITHOUT SEX Well, from population control, the natural next step then was sex. Casting Calls/Auditions In addition to our bulletin board listings, you can visit the following casting and job lists: Posted November 17, 2015 Carlyn Davis Casting is looking for non-union talent for a TV spot shooting in the Baltimore area on December 7, 8, 9, or 10. Auditions will be held in Falls Church, VA on Thursday, November 19, 2015. We are currently looking for the following types: Caucasian male, 65+ years old

What is the New World Order and Why Does it Matter? Fabian socialist H.G. Wells set the stage for the sci fi deception of the new world order. [Many readers have requested some articles that are more readable and simple. Obama sent Palestinians $221M hours before leaving office WASHINGTON — Officials say the Obama administration in its waning hours defied Republican opposition and quietly released $221 million to the Palestinian Authority that GOP members of Congress had been blocking. A State Department official and several congressional aides said the outgoing administration formally notified Congress it would spend the money Friday morning. The official said former Secretary of State John Kerry had informed some lawmakers of the move shortly before he left the State Department for the last time Thursday. The aides said written notification dated Jan. 20 was sent to Congress just hours before Donald Trump took the oath of office. In addition to the $221 million for the Palestinians, the Obama administration told Congress on Friday it was going ahead with the release of another $6 million in foreign affairs spending, including $4 million for climate change programs and $1.25 million for UN organizations, the congressional aides said.

RFID implants into humans coming sooner than you think (NaturalNews) British researcher Mark Gasson had a tiny chip injected underneath the skin on his hand in March 2009. The chip, according to reports, was just a bit more advanced than the versions pet owners use to track them, and it turned Gasson into a walking swipe card, essentially. "With a wave of his wrist," Business Insider (BI) reported, "he could open security doors at the University of Reading laboratory, where his experiment was being conducted, and he could unlock his cell phone just by cradling it." A year after that initial implant, Gasson infected it with a computer virus, one that he could pass onto other computer systems if the building's computer networks had been programmed to read his chip. As he moved about his workplace, he spread the virus and corrupted computer systems, leaving those areas of the building inaccessible to his colleagues.

The New Social Class Structure Of The United States Dave HodgesActivist Post America is being nudged and now pushed into the heinous world of Agenda 21. However, I believe that when self-preservation takes over, the use of force will be necessary to get most people to willingly go along with this encroaching tyranny. This is another topic for another article. Bamboo Wall Murals Relax...And enjoy the serenity of your surroundings with our Zen peel and stick wall murals. Capture the peacefullness of Asia and transform your living space into an oasis of calm. With our Zen wall murals, walk into a world of inner peace and tranquility. Explore our Zen Wall Murals gallery and enjoy the serenity of Asia. If you are seeking to add a peaceful, spiritual, exotic, yet modern look to your living space, our Zen Wall Murals should be your number one choice.

Brzezinski: The Politically Awakened Masses are a Threat to the NWO Written by Lisa Cerda 26 Jul 2014 Former US National Security Advisor Zbigniew Brzezinski forewarns the globalists that “a universal awakening of mass political consciousness.” has happened due to “instant mass communications such as radio, television and the Internet” and that that a worldwide “resistance” movement and “populist activism” has thwarted the New World Order implementation. No longer is their “external control” yielding the benefits of the past. He laments that this “rise in worldwide populist activism is proving inimical to external domination of the kind that prevailed in the age of colonialism and imperialism.” As the Globalists and elites try to herd us into the New World Order of Socialism, a counter culture of activism has pushed back by illuminating their agenda and resisting it.