Slavery and black oppression by Nathalie KABO on Prezi. Slavery in America - Black History. The South would reach the breaking point the following year, when Republican candidate Abraham Lincoln was elected as president. 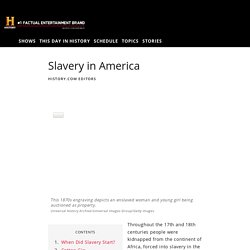 Within three months, seven southern states had seceded to form the Confederate States of America; four more would follow after the Civil War (1861-65) began. Though Lincoln’s antislavery views were well established, the central Union war aim at first was not to abolish slavery, but to preserve the United States as a nation. Abolition became a war aim only later, due to military necessity, growing anti-slavery sentiment in the North and the self-emancipation of many African Americans who fled enslavement as Union troops swept through the South. Five days after the bloody Union victory at Antietam in September 1862, Lincoln issued a preliminary emancipation proclamation, and on January 1, 1863, he made it official that “slaves within any State, or designated part of a State…in rebellion,…shall be then, thenceforward, and forever free.” History of Slavery in America. History of Slavery. 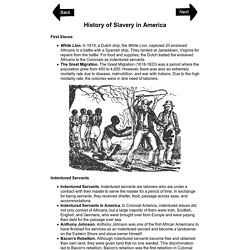 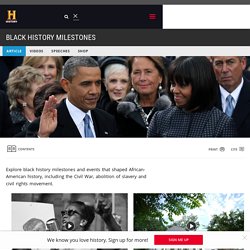 Jackie Robinson, a sharecropper’s son from Georgia, joined the Kansas City Monarchs of the Negro American League in 1945, after a stint in the U.S. Army (he earned an honorable discharge after facing a court–martial for refusing to move to the back of a segregated bus). His play caught the attention of Branch Rickey, general manager of the Brooklyn Dodgers, who had been considering bringing an end to segregation in baseball. Rickey signed Robinson to a Dodgers farm team that same year and two years later moved him up, making Robinson the first African–American player to play on a major league team. Robinson played his first game with the Dodgers on April 15, 1947; he led the National League in stolen bases that season, earning Rookie of the Year honors.

In Soul of the Beast, John and his mates are captured and taken somewhere to be sold as slaves. 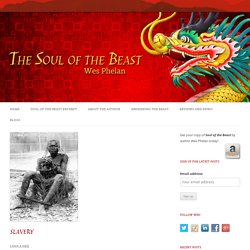 What is a slave? The usual concept of a slave is someone who is owned by another person, much like a horse or a dog. The slave has no rights and must do anything the slave owner tells him or her to do. The owner can punish the slave as often and as severely as he or she chooses. The owner can kill the slave for any and no reason. In Medieval times, SERFS lived under the total control of lords and kings and were in fact slaves. IRISH PEASANTS were effectively slaves during the British Empire.

CITIZENS living under the complete control of totalitarian governments and dictators are in reality slaves. Americans are well aware that the SLAVERY OF AFRICANS existed in North America during the British Colonial period and in the United States up until 1865. Below is an excerpt from an online AlterNet article by Ben Skinner: Images Site Web pour cette image bhmwashingtonfarmer crf-usa.org. 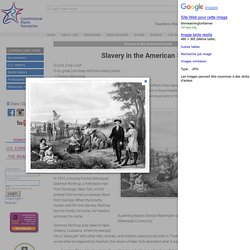 An Overview of the African-American Experience. In the mid-1500s, European mariners started bringing black Africans to America as slaves. 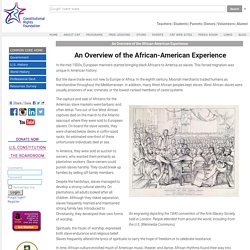 This forced migration was unique in American history. But the slave trade was not new to Europe or Africa. In the eighth century, Moorish merchants traded humans as merchandise throughout the Mediterranean. In addition, many West African peoples kept slaves. West African slaves were usually prisoners of war, criminals, or the lowest-ranked members of caste systems. Black History. Facts, Information And Articles About Black History In The United States Black History Summary: Black history is the study of African American history, culture, and accomplishments primarily in the United States. 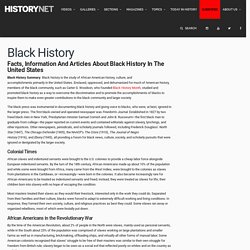 Enslaved, oppressed, and dehumanized for much of American history, members of the black community, such as Carter G. Woodson, who founded Black History Month, studied and promoted black history as a way to overcome the discrimination and to promote the accomplishments of blacks to inspire them to make even greater contributions to the black community and larger society. The black press was instrumental in documenting black history and giving voice to blacks, who were, at best, ignored in the larger press. The first black-owned and operated newspaper was Freedom’s Journal.