The poisonously patronising Sewell report is historically illiterate. Since its publication, the report by the Commission on Race and Ethnic Disparities has been denounced as “divorced from reality” by public health experts. 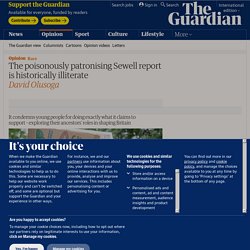 Dame Doreen Lawrence has warned that it risks pushing the fight against racism “back 20 years or more”. Academics named in the report have revealed they were not properly consulted, and an author is having his name removed. Windrush campaigners have condemned the report for paying so little attention to the scandal that was exposed three years ago, and just about every leading writer and commentator on race and racism in the UK has criticised the report’s findings and challenged its methodology. If the report had been intended to help address racism in Britain, it must surely be written off as a disaster.

However, many question if that was ever the objective of this commission and this government. Texas distorts its past – and Sam Houston's legacy – to defend Confederate monuments. Texas has largely declined to participate in this nationwide reckoning with the symbols of the Old South. 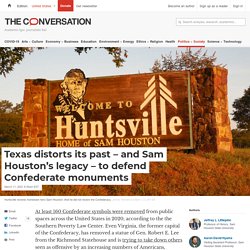 Instead, local officials are doubling down on their Confederate monuments. Republican State Sen. Julia Chinn was the enslaved wife of Richard Mentor Johnson, Martin Van Buren’s vice president. How to Tell 400 Years of Black History in One Book. In August of 1619, the English warship White Lion sailed into Hampton Roads, Virginia, where the conjunction of the James, Elizabeth and York rivers meet the Atlantic Ocean. 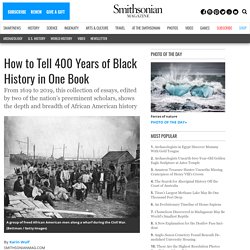 The White Lion’s captain and crew were privateers, and they had taken captives from a Dutch slave ship. They exchanged, for supplies, more than 20 African people with the leadership and settlers at the Jamestown colony. In 2019 this event, while not the first arrival of Africans or the first incidence of slavery in North America, was widely recognized as inaugurating race-based slavery in the British colonies that would become the United States. That 400th anniversary is the occasion for a unique collaboration: Four Hundred Souls: A Community History of African America, 1619-2019, edited by historians Ibram X. Kendi and Keisha N. Biden revokes Trump report promoting 'patriotic education'

President Joe Biden revoked a recent Trump administration report that aimed to promote “patriotic education” in schools but that historians mocked and rejected as political propaganda. 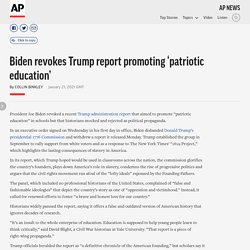 In an executive order signed on Wednesday in his first day in office, Biden disbanded Donald Trump’s presidential 1776 Commission and withdrew a report it released Monday. Trump established the group in September to rally support from white voters and as a response to The New York Times’ “1619 Project,” which highlights the lasting consequences of slavery in America. In its report, which Trump hoped would be used in classrooms across the nation, the commission glorifies the country’s founders, plays down America’s role in slavery, condemns the rise of progressive politics and argues that the civil rights movement ran afoul of the “lofty ideals” espoused by the Founding Fathers.

Wilmington 1898: When white supremacists overthrew a US government. Resources that address our questions about slavery. The 1619 Project. America Wasn’t a Democracy, Until Black Americans Made It One. My dad always flew an American flag in our front yard. 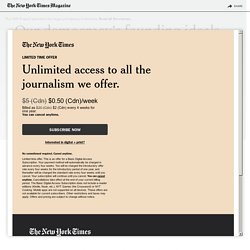 Did Only 1.4 Percent of White Americans Own Slaves in 1860? An oft-reshared post from “Proud Southern Deplorable” aptly captures an entire genre of memes and social media posts that attempt to downplay the severity of white America’s historical complicity in slavery: This article deals specifically with the statistic that “only 1.4% of Americans owned slaves.” 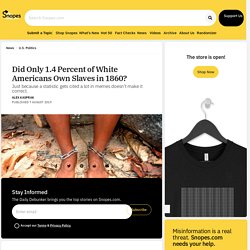 You can find them by going here and, underneath the top image, seeing “Overview | History | Critical Thinking | Arts & Humanities.” Click on either “History,” “Critical Thinking,” or “Arts & Humanities,” and then underneath each one you’ll find a ton of links that will, in turn, lead you to specific lesson ideas. Clotilda, 'last American slave ship,' discovered in Alabama. White Women Were Avid Slaveowners, a New Book Shows. Vibrant pictures show the Caribbean's Carnival 'rebellion' Martin Luther King, Jr. Was More Radical Than You Think - by Ben Passmore. On the 50th anniversary of his death, it’s time to remember who he really was by Ben Passmore Posted April 4th, 2018 Rise and Shine.The World is Doomed. 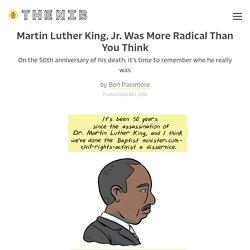 The Secret Slaves of The Middle East. My stolen childhood: understanding the trokosi system - BBC Africa Eye documentary. How Aristocracies Work: The American Class Divide: Matthew Stewart. The policing of black Americans is racial harassment funded by the state. The rap group Public Enemy famously stated that “911 is a joke”. 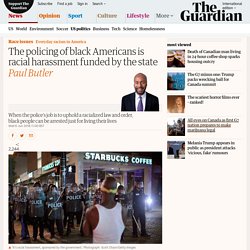 But that was in 1990. These days 911 is dead serious. Anyone in the United States can dial those three numbers and summon people with guns and handcuffs to participate in their anti-black paranoia. 'They Choose a Name For Themselves' - Surnames in Slavery and Freedom. In Western culture, our surnames are traditionally handed down along a patrimonial line. 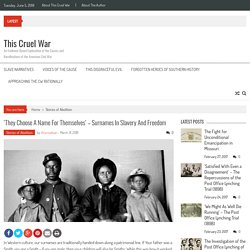 If Your father was a Smith, you are a Smith – if you are male, then your children will also be Smiths. While this was how it worked for most of European society, it was not allowed to cross over to the slaves held by that society. And yet, former slaves such as Frederick Douglass, Sojourner Truth, Nat Turner and Harriet Tubman all had surnames. In fact, nearly every slave freed, whether by pre-war emancipation or the Fourteenth Amendment, had one. But if slaves were not given surnames by their masters, how did this come about?

The common thought is that slaves simply took the names of their masters, at least upon attaining their freedom. US history explains that white fear of black people is just another tool to enforce racial segregation. University students often keep late hours—so it’s unsurprising to see them asleep amidst books and papers in libraries and common rooms. 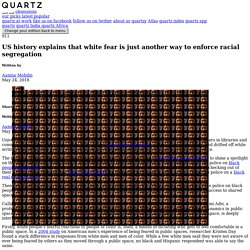 And yet, when a white Yale student saw Lolade Siyonbola, a black graduate student, had drifted off while writing a paper in their dorm’s common room, she assumed something was wrong—and called the police. The incident, which took place in the early morning hours of May 8, is one of several recent encounters to shine a spotlight on the daily realities of being black in a shared space. In Oakland, California, a white person called the police on black people barbecuing. Capitalism 101 - by Satwik Gade and Manasi Karthik.

Imperialism, suffering, and violence are a feature, not a flaw. by Satwik Gade and Manasi Karthik Posted Yesterday Rise and Shine. This Day in Quotes: “No rights which the white man was bound to respect.” On March 6, 1857, the U.S. Supreme Court issued it’s controversial decision on Scott v. Sandford — generally referred to as “the Dred Scott case.” From the archive: 1863, Lincoln's great debt to Manchester. When cotton was king, Manchester's busy textile mills dressed the world. Because of this, great fortunes were made and ordinary families were fed. But in 1862, Lancashire mill workers, at great personal sacrifice, took a principled stand by refusing to touch raw cotton picked by US slaves. On the other side of the Atlantic, President Lincoln's Northern Union was waging war against a breakaway of southern states.

Having already linked the south with the institution of slavery, Lincoln persuaded European importers that his blockade of slave picked cotton was a legitimate tool in defeating the Confederacy and restoring the union. 1st US Census asked 4 questions click 2x. The article removed from Forbes, “Why White Evangelicalism Is So Cruel” – Political Orphans.

How Native American Slaveholders Complicate the Trail of Tears Narrative. The Slave-State Origins of Modern Gun Rights – With Great Power – Medium. Culture. Slave Rebellions. Amerindian Slave Trade and the Hidden Native American - YES WE NATIVE. Viral post gets it wrong about extent of slavery in 1860. Native American slavery: Historians uncover a chilling chapter in U.S. history. Photo illustration by Lisa Larson-Walker. Photos via Library of Congress & Wikimedia Commons. Unarmed. Not wearing a seatbelt. Running away. Police are more likely to shoot if you’re black. HISTORY OF SLAVERY. The Atlantic slave trade: What too few textbooks told you - Anthony Hazard. Slavery Throughout the World: World History in Context.

Slavery Unit. From Abigail Smith Adams to Cotton Tufts, 28 November 1800. Columbia City of Washington Novbr 28 1800 Dear Sir. Re Rwandan genocide. Donald Trump Is the First White President - The Atlantic. Georgetown and the Sin of Slavery. Slavery Abolition Act 1833. New Databases Offer Insights Into the Lives of Escaped Slaves. This map shows where the world’s 30 million slaves live. There are 60,000 in the U.S. The Confederate Cause in the Words of Its Leaders. Slavery myths: Seven lies, half-truths, and irrelevancies people trot out about slavery—debunked. The history of British slave ownership has been buried: now its scale can be revealed.

Go Forrest Go. Discovery Of A Wrecked Slave Ship From 1794 Is Important Today.