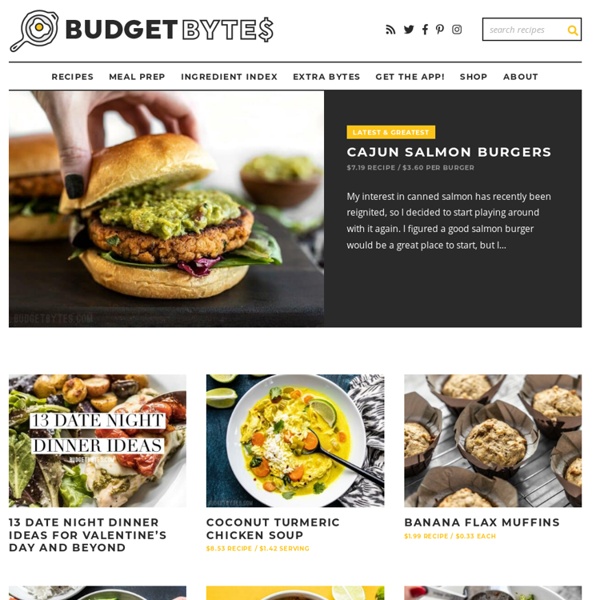 I’m really digging these one pot pastas lately. It’s so nice to just cook everything in one pot and have less to wash (especially when you don’t have a dishwasher, like me!). Not to mention they’re super quick and cooking the pasta in the sauce/broth just adds so much flavor. This one pot pasta is just slightly more involved than my “{*style:<a href='http://www.budgetbytes.com/2013/10/spinach-artichoke-wonderpot/'>*}wonderpots{*style:</a>*}” because I’ve added the step of browning the sausage before throwing all of the ingredients together in the pot. The few extra minutes needed to brown the sausage translates into a lot more flavor. This is a fairly basic “pasta with red sauce” recipe, but it’s definitely quick and easy, which is perfect for people with a small kitchen or just not a lot of time on their hands.

Foodbuzz 24X24: Red Egg and Ginger Party My husband, mother-in-law, and I threw our firstborn a traditional Chinese red egg and ginger birthday party when he turned one this past week. I am sure you are wondering, "What is a red egg and ginger party?" Red egg and ginger parties are typically celebrated at the one month mark of a young child's life. During the ancient times, when infant mortality rates were high, if a child survived to the one month mark, it was a sign of great fortune and an event worthy of a big family get-together. The one month milestone in a child's life is a significant occasion for all families, and this milestone is marked by a huge celebration in Chinese culture, where family and friends plan a banquet and meet the new baby.

Low Carb, Keto , Paleo Diet Recipes SinOrSlim.com may be available for purchase. Inquire today! Inquiry Form Inquire with your Facebook or LinkedIn profile, or complete this form to receive a free quote. Every big dream that became a reality had one thing in common: A solid foundation. First impressions matter.Get an email address as big as your dreams.

Chocolate Hazelnut Morning Coffee [oops, sorry. I mean] Smoothie I don’t know about you, but I can’t start the day without a good cup of coffee. Not that I am a BIG coffee drinker, but I do need at least one cup as soon as I get out of bed, followed by another one a little later in the morning. In fact, on week days, I drink my first cup of coffee while working out, and I often wonder if there are others like me out there. I mean, coffee isn’t necessarily the first thing that comes to mind when one thinks of a refreshing drink to have during and intense work out… I know, I’m weird sometimes… OK, make that often!

Remove Ugly Scratches from Dinnerware with Bar Keeper's Friend As @emannths noted, one of the reasons behind the "magic" is oxalic acid. I mention this again because their reply was hidden by LifeHacker from a question (dunno why replies are hidden by default - odd). Annnywayyy... oxalic acid is also AWESOME on rust. It eats it. Make a paste with BKF and some water, "paint" it over the rust stains and let it sit for awhile. If I leave a can of soup or something sitting on the kitchen counter, for example, and it occasionally gets wet, eventually a rust ring will form.

Potato Burgers They do say that every day’s a school day, and last Wednesday was a case in point. That was when we in Ireland and the U.K. learned all about an interesting new principle at work in our local food systems: the Horse-n-Beef Uncertainty Principle, where the purchase of a factory-processed supermarket beef burger could leave you uncertain as to how much beef (or pork or horse meat) that burger actually contained. As it turns out, “often with other ingredients” covers a multitude

Kaytucky Chicken I have a really fun recipe for you! And easy, too. It’s hardly any work; the oven does the work for you, but it’s a really fun and tasty way to serve chicken for a change. Serve with an Avocado & Fennel Salad, lots of skillet baked potatoes and a little Green Peppercorn Sauce, but that’s mainly because I’m seriously addicted to how the sauce tastes on potatoes. Queso Fundido Recipe at Epicurious photo by Chris Gentile yield Makes 12 servings (appetizer) active time 35 minutes total time 45 minutes No offense to salsa, but come on, who doesn't love a gooey, cheesy bean dip, bubbling hot like lava from the broiler? Chinese New Year Cookies: Green Pea Cookies Green Pea cookies was a big hit few years back during Chinese New Year but I was never at the right place to taste it. I never caught on the green pea fever (if you know what I mean). Ahh but never fear, there’s always first time for everything. :) Alien balls! Hahaha Left: Green Peas + Flour Right: After combining oil, salt and icing sugar, add green peas and flour.