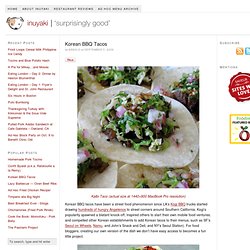 Alicia's Awesome Crab Rangoon. Siu mai « Cooking Blog - Find the best recipes, cooking and food tips at Our Kitchen. 31st May 2012By KurtPhotography by Adam These little bite-sized morsels are my absolute favourite item from the yum char menu. 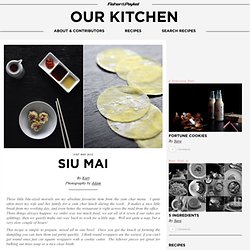 I quite often meet my wife and her family for a yum char lunch during the week. Crab Rangoon Recipe. I eat Crab Rangoons nearly every time I go to the buffet – they are definitely one of my favorite things to eat there. 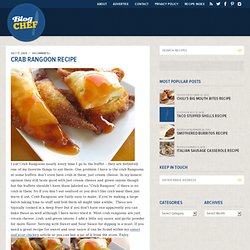 One problem I have is the crab Rangoons at some buffets don’t even have crab in them, just cream cheese. In my honest opinion they still taste good with just cream cheese and green onions though but the buffets shouldn’t have them labeled as “Crab Rangoon” if there is no crab in them. Cafe Munchkin » Homemade Barbecued Pork Siopao (Steamed Barbecued Pork Buns) Chinese Marbled Tea Eggs. I'm excited to share with you all the first cooking video on Appetite for China! 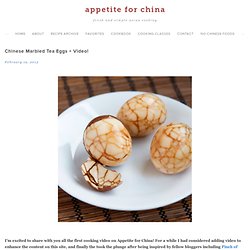 For a while I had considered adding video to enhance the content on this site, and finally the took the plunge after being inspired by fellow bloggers including Pinch of Yum, Crepes of Wrath, and Steamy Kitchen, plus a great panel on creating video at the Roger Smith Cookbook Conference a few weekends ago. So here's the first, born out of a fun Saturday afternoon. Let me know what you think! Chinese marbled tea eggs, stewed in a black tea/soy sauce/spice blend, are a ubiquitous and cheap snack sold all around China in snack stands and convenience stores.

The aromas of tea, cinnamon, star anise, and soy sauce are intoxicating, just perfect for fall.The eggs are also easy to make at home. Once the eggs are cooked, you can eat them hot or cold as a snack. Update: Check out How to Make: Chinese Tea Eggs, the first of many cooking videos on Appetite for China!

Chicken and Apple Dumplings. Ever gone apple-picking on a 90-degree day? 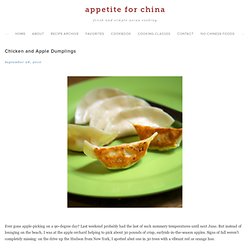 Last weekend probably had the last of such summery temperatures until next June. But instead of lounging on the beach, I was at the apple orchard helping to pick about 30 pounds of crisp, earlyish-in-the-season apples. Signs of fall weren't completely missing: on the drive up the Hudson from New York, I spotted abut one in 30 trees with a vibrant red or orange hue. The cool weather on the radar for this week (and my insatiable craving for appley desserts) is probably a good sign that it had been the perfect time to go apple-picking. 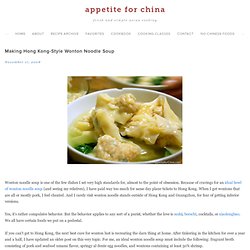 Communal Dumplings for the Family. In Ba Jin’s (巴金) epic Chinese literary trilogy: Family , Spring and Autumn (家,春,秋), the author describes the life of a Chinese aristocratic family during the final years of the feudalistic Qing dynasty. 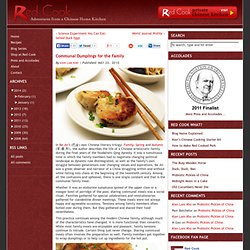 It was a tumultuous time in which the family members had to negotiate changing political landscape as dynastic rule disintegrated, as well as the family’s own struggle between generations over changing values and aspirations. Buffalo Chicken Rolls. Baked Wonton Tacos. When I was a little kid, around every New Year’s, my mom and grandma would sit down and make Mandu {Korean version of potstickers or wontons} all day to make Teokguk {Korean version of wonton soup} and I’d just sit with them trying to help out. 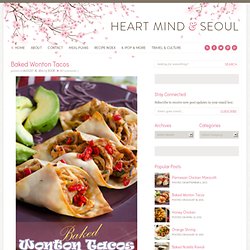 I remember trying to help out making my own Mandu, though not really successfully. Then my mom and grandma made their own mandu skins from scratch… And now… how grateful I am that I can get premade mandu skins so easily… although I think I should try and make my own skins sometime… It’s definitely on my to-do list. Asian Pancakes. The colors of the Spring outdoors add the bounty & color to the stores. 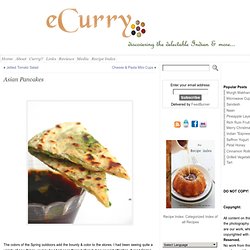 I had been seeing quite a variety of new things, or may be I had seen these before but never paid attention. It read Spring Onions ( I always thought that spring onions & scallions were the same thing) – The Leaves were of darker green shade & much more broad & thick, & the bulbs appeared bigger too than the Scallions which lay just beside them.I came back home buying these, but I had to do a little research to find out if they were the same thing as the young onions. Chicken Parmesan Wraps. My use of egg roll and wonton wrappers is getting out of hand. 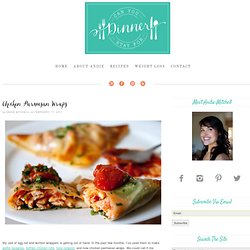 In the past few months, I’ve used them to make petite lasagnas, buffalo chicken rolls, tuna rangoon, and now chicken parmesan wraps. We could call it me expressing my creativity, but I’ll be fair and admit it’s more closely resembling of obscenity. The good news is that if you buy egg roll wrappers, you’ll have four of my favorite recipes to try out. For these delicious fold overs, I combined sweet marinara sauce, shredded chicken, baby spinach, mozzarella, and parmesan cheese. Mango & Shrimp Summer Rolls Recipe. Ingredients -Vietnamese Spring Roll Wrappers (Dry) -Mango (cut into thin strips) -Shrimp (cooked and peeled) -Fresh Basil Leaves. Momo: The Himalayan Dumplings. Featured in the Kitchn!! Biting into hot steamy Momos, with a lipsmacking, spicy chutney, in the lap of the majestic mountains are the stuffs dreams are made of.

Momos are dumplings native to Tibet, Nepal, Bhutan, and the Himalayan states of India. My love affair with the Momos began when I was already having an affair with Darjeeling and the regal Himalayas. Today I have a long tale of an early romance and of unleashed memories. We eagerly waited, as we drove up the winding roads with frequent hair-pin bends surrounded by the calm and the strength of the Himalayas.

Momos for me are more than “ food”. Guide to Wrapping and Pan-frying Dumplings. I have to admit that I have a strong bias towards jiaozi (饺子).