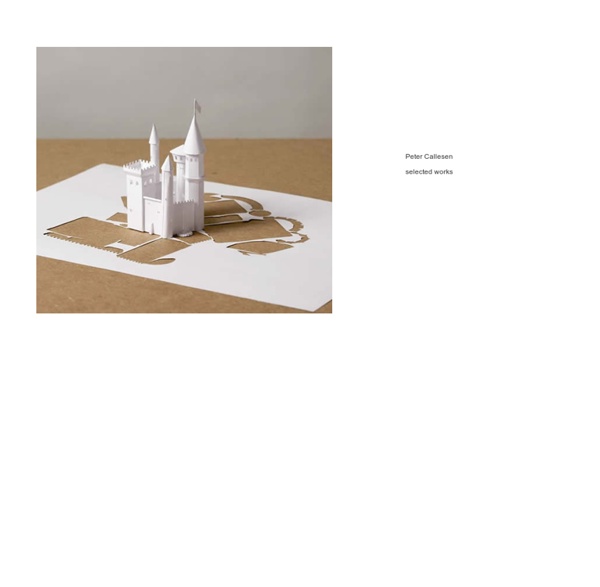 Peintures translucides pour représenter les vagues de l'océan - Lia Melia Cambridge-based visual artist Lia Melia creates strikingly energetic paintings where curling and crashing ocean waves splash and splatter across the canvas. Having grown up near the sea, that is where artist Lia Melia continues to find her inspiration. "The seas moods can always express my deepest feelings," she explains. Melia uses a technique that is unique to her work in which she bakes powder pigments and paints onto a sheet of aluminum or glass. Through this process, she can obtain translucent layers which she says "can glow with light."

Peintures à la crème glacée - Othman Toma Iraqi artist Othman Toma creates these paintings using melted ice-creams. If you look at his site he usually draws with pencils or paints with watercolours, these paintings are proof that you can produce art in a variety of unconventional ways. There are some out there that say that these paintings, could not have been painted with the ice-creams, Othman says that, that is what he used as his paint, maybe next time he should do a time lapse video to prove them wrong.

Temari balls faites par une dame de 92 ans These stunning embroidered balls called "temari" were made by the prodigiously nimble fingers of a 92-year-old grandmother in Japan. Although she only learned this elaborate skill in her sixties, she has since created nearly 500 unique designs that have been photographed by her granddaughter NanaAkua. Impressive does not even begin to describe this feat of dexterity, imagination and keen eyesight. The difficult process of becoming a recognized temari craftsman in Japan is tedious and requires specific training and testing. She now volunteers every week teaching others how to make their own temari. Mia Pearlman - Cloudscapes MAELSTROM is a giant multilevel mobile, 12 feet in diameter and 11 feet high, with 6 independently rotating (360°) layers of cut paper. An upside-down whirlpool, it echoes both the East River currents and the cloud formations visible through the windows. MAELSTROM utilizes the actual internal weather system of Smack Mellon to generate its movement, air currents produced by the rotation of four ceiling fans and hot air blown by the heating system. On a deeper level, this work evokes the inevitable reminder of the nearby skyline: 9/11.

BACK TO THE FUTURE : Irina Werning - Photographer I love old photos. I admit being a nosey photographer. As soon as I step into someone else’s house, I start sniffing for them. Most of us are fascinated by their retro look but to me, it’s imagining how people would feel and look like if they were to reenact them today… Two years ago, I decided to actually do this. So, with my camera, I started inviting people to go back to their future.. Now its time for KOREA, TAIWAN AND TOKYO. Lieux de tous les jours sous dessins ajourés - Shamekh Bluwi Shamekh Bluwi, an Ammam, Jordan-based illustrator and architect, is creating a striking series of photographs that feature paper cutouts of women whose dresses can become literally anything… Shamekh’s sketches are completed with the patterns and scenery he encounters in his everyday life — From beautiful tiles… To intricate mosaics… To cityscapes…

Effets de Miroir - Daniel Kukla Daniel Kukla is a photographer who had formal training in biological and anthropological sciences. His educational background plays a major part of his artistic practice, and this can be seen in his clever project titled, The Edge Effect. In the description and explanation of the project, Kukla writes, In March of 2012, I was awarded an artist’s residency by the United States National Park Service in southern California’s Joshua Tree National Park. While staying in the Park, I spent much of my time visiting the borderlands of the park and the areas where the low Sonoran desert meets the high Mojave desert.

Recycled Paper Craft Among the Best Designs at Origin Exhibition in London... The Origin Contemporary Craft Fair showcased the height of the modern craft movement at the London Design Festival this week, and Inhabitat was on the scene to bring you the best pieces from this year's show. Set in the middle of the famous Old Spittlefields Market, Origin is brimming with cool designs constructed from recycled materials and artisan products. The marketplace is particularly awash with fine art pieces of animal-inspired crafts, sculptures constructed from paper, and items exhibiting organic forms. Our favorite finds included sea-sourced artwork and intricately sewn birds made from scrap material - read on for the best of the bunch! Ella Robinson sources materials washed up from the sea to create vibrant mixed artworks textiles.

The Cans Festival - Banksy street exhibition THE public is making its mark on graffiti artist Banksy’s first British exhibition in three years as a whole street has been transformed into an art exhibition. The Cans Festival, a three-day street party of stencil art, kicks off yesterday in an old tunnel formerly used by taxis, which was vacated when Eurostar left its Waterloo terminal in London. Artists from as far afield as Brazil, Canada and Australia are also taking part.