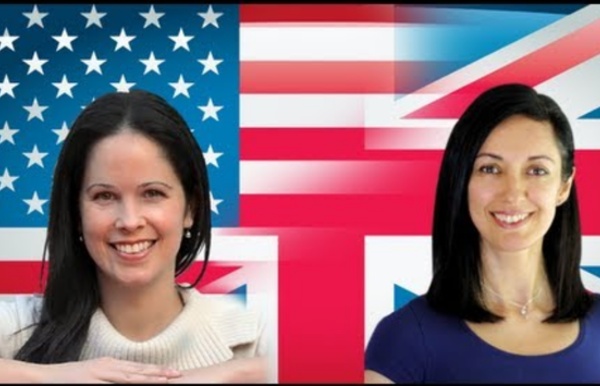 Sanjay Dastoor: A skateboard, with a boost (Teens) “Next time you think about a vehicle, I hope, like us, you’re thinking about something new.” Imagine an electric vehicle that can get you to work — or anywhere in a six-mile radius — quickly, without traffic frustrations or gasoline. Now imagine you can pick it up and carry it with you. 10 More Homophones that will make you laugh The last time I posted an infographic showing 10 funny homophones, it was viewed over 11,000 times in one day alone!!!! The wonderful illustration by Kaplan clearly captured your imagination. So I thought I would share with you 10 more hilarious homophones beautifully illustrated in the infographic below. Homophones are those confusing words in the English language that sound the same but have different meanings and spelling. I know it’s extremely annoying, but what can you do….. Kaplan International

How ordinary people decide to become terrorists For all the hand-wringing in the US over the threat posed by Syrian refugees, it turned out that so far, every positively identified terrorist from the Paris attacks was not a refugee at all — but rather, a European Union citizen. Those in the US who advocate for accepting Syrian refugees have emphasized this as a way to counter fear of refugees. But this revelation highlights a very different and all-too-real threat: Westerners who join terror groups such as ISIS. And people are naturally wondering what the hell is going on in France and Belgium that a handful of its citizens would commit such terrible acts against innocent people.

Talk about yourself Examiner: Hi. What’s your name? Kelvin: My name is Kelvin. Examiner: Kelvin, OK. 45 ways to avoid using the word 'very' Writers Write is your one-stop resource for writers. Use these 45 ways to avoid using the word ‘very’ to improve your writing. Good writers avoid peppering their writing with qualifiers like ‘very’ and ‘really’. They are known as padding or filler words and generally add little to your writing. According to Collins Dictionary: ‘Padding is unnecessary words or information used to make a piece of writing or a speech longer.

London This EFL lesson plan is designed around a short film by Simon Smith who recaptured the shots of London taken by Claude Friese-Greene in 1927. Students talk about what they know about London, compare London in 1927 and now, do a dictation and discuss their home towns. Language level: Intermediate (B1) – Upper Intermediate (B2) Learner type: Teens and adults Time: 90 minutes Activity: watching a short film and making notes, dictation and speaking

British Newspapers and Magazines BBC ArielIn-house magazine of the BBC. BBC NewsOne of the top news providers on the web. News reports are supplemented with audio and video coverage. Belfast TelegraphLeading Northern Ireland's newspaper. Blog Archive » Battle of Hastings This material is a demonstration of the approach called CLIL. In CLIL You learn the content and thus you learn the language. However, experimenting a bit with the approach I like to do this a bit differently.

My Anti-Vacation: Prototyping The Lifestyle of a Digital Nomad What is a Digital Nomad? After living a highly structured life for the past 3 months going through an intense data science boot camp, I’m spending the next 1.5 doing the exact opposite — roaming around Europe and doing whatever the heck I want! Is this a vacation? Certain parts of the trip will feel like it for sure, but I consider this trip to be more of a location independent, self-guided internship… with epic-fun-time sprinkled generously throughout. Most people don’t want to think about work when they’re on a trip, but I’d get antsy if I were to go this long without doing anything productive. When I went on my graduation trip to Fiji, Australia, and New Zealand, I had no school and no work to keep me occupied for those seven weeks, so I eventually started feeling like a useless pile of flesh.

Sochi 2014 Games: 6 Winter Olympics-Themed STEM Resources The 2014 Sochi Winter Olympic Games are right around the corner (they start Feb. 7), and students likely are getting excited to watch Team USA compete. Although just about every subject can incorporate the Olympics in some way, this resource roundup focuses primarily on the STEM subjects. Here are some of our favorite STEM resources that incorporate the Winter Olympics. The Realities of Digital Nomad Life - Tortuga Backpacks Blog This week we are pleased to present a guest post by Stephen Schreck a digital nomad and the brains behind A Backpackers Tale travel blog. He has been wandering the globe to discover other cultures and ways of living for the past four years. For some people, myself included, the beckoning of the road is too strong to resist. Several years ago, I fled the universe of house mortgages, car payments, and office politics.