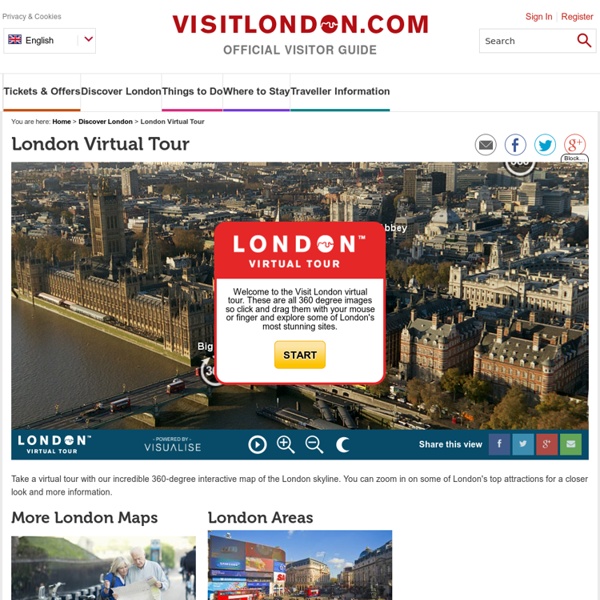 eTextbook Teachers [licensed for non-commercial use only] / Welcome Mission In 5 weeks (Jan. 11th - Feb. 14th, 2016), collaborate with over 500 teachers worldwide to design the 1st chapter of a digital textbook that meets your students' needs. Receive support from 18 moderators with experience in publishing, editing, and materials design. **REGISTER for this Session: 1.

Love English: 10 things to see in London (magazine article) 'I love English': magazines designed for language learners that can be used in classroom as extra activities to add colour and motivated students. - talk about London - read about the 'top 10 things to see in London' - complete the activities Listening: A Tour of London Tower Bridge, London (Copyright: Getty) When you visit a city for the first time, a good way to explore it is to go on an organised sightseeing tour. The tour will give you an overview of what there is to see and also provide you with some historical background. A popular way of seeing London is to go in one of the red double deck buses.

United Kingdom country profile - Overview 12 November 2014Last updated at 07:38 ET The United Kingdom is made up of England, Wales, Scotland and Northern Ireland. It has a long history as a major player in international affairs and fulfils an important role in the EU, UN and Nato. The twentieth century saw Britain having to redefine its place in the world. At the beginning of the century, it commanded a world-wide empire as the foremost global power. Two world wars and the end of empire diminished its role, but the UK remains an economic and military power, with considerable political and cultural influence around the world.

Six Wonderful Sites to Help you Write, Speak and Sound Better I’m not a native speaker. Even though I read, write, work and I would almost dare say live and dream in English, I haven’t learned the language from birth and sometimes have moments of self-doubt. These websites I am going to share in this post have been an invaluable help. The City of London This is the River Thames. It is almost 346 kilometres long, and is the second longest river in Great Britain. It flows through London, and it’s this part of the river that most tourists see. webquest london name class email let's discover the United Kingdom ! version imprimable : word open office

Wales profile - Overview 15 January 2013Last updated at 06:19 ET Wales, a part of the United Kingdom, has retained its distinctive culture and has enjoyed a degree of autonomy since 1999. It includes a heavily industrialised south, a largely-Anglicised and prosperous farming east, and a Welsh-speaking, hill-farming North and West. Wales' devolved government - home rule - is now acquiring more powers and its economy is refocusing on light industry, tourism and financial services, but a small population and poor transport infrastructure continue to make development uneven. Welsh identity and the Welsh language have received a boost from an enlivened popular culture scene in the 1990s, and from the devolution of power from the central government in London to the Welsh National Assembly in Cardiff.

Think-Pair-Share Think-Pair-Share activities pose a question to students that they must consider alone and then discuss with a neighbor before settling on a final answer. This is a great way to motivate students and promote higher-level thinking. Even though the activity is called think-"PAIR"-share, this is the term many instructors use for pairs and small groups (three or four students) alike. Groups may be formed formally or informally.

North Ireland profile - Overview 17 January 2013Last updated at 11:40 ET Northern Ireland, a part of the United Kingdom, is emerging from a period of conflict known as "the Troubles" and is attempting to implement an historic peace deal. Security has returned - though not without occasional reminders of the bad old days - and Northern Ireland has begun to reap the economic and social benefits. But divisions persist, finding physical form in the barriers that separate some communities.