This is Britain Food 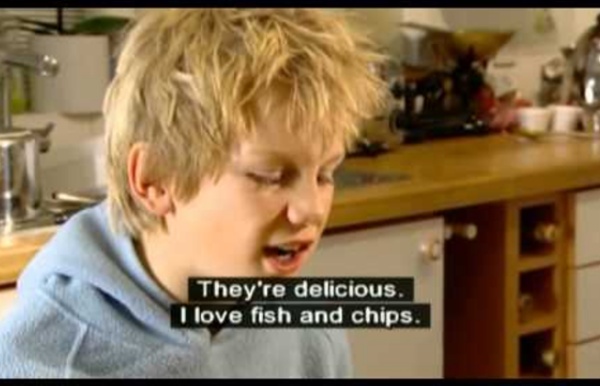 United Kingdom country profile - Overview 12 November 2014Last updated at 07:38 ET The United Kingdom is made up of England, Wales, Scotland and Northern Ireland. It has a long history as a major player in international affairs and fulfils an important role in the EU, UN and Nato. The twentieth century saw Britain having to redefine its place in the world.

Learn English with Rebecca [engVid] "What's the different"? "Today morning"? "I enjoyed"? Improve your grammar by correcting the common mistakes in these English sentences. A good review for all students, especially at intermediate and advanced levels. Electing US President, year 5-6 – WebEnglish.se Background These materials have been chosen to suit at least stronger students in year 5-6. Warm-up “I’ll Be the President” (3:06) A fun rap about the process of becoming a presidentWhat do kids want in a president?

Let's talk about the UK (still with Scotland) At the beginning of the new school year teachers usually explain to their students what they are going to study. Sometimes efl teachers not only teach grammar but also British culture, so one of the first cultural topics they discuss with their students are the geography of the UK and its form of government. Here you can find an interactive mindmap, a digital poster and a collection of useful websites, just to simplify the work. Ten things I wish someone had told me before I moved to Sweden Sweden, much, much colder than you think. Photo: Jonas Ekströmer/TT British writer Clement Boateng loves his new life in Sweden.

La météo: What's the weather like today? - La classe de CM1-CM2 d'Oxelaere (RPI2) snow: neige fog: brouillard sun: soleil wind: vent rain: pluie storm: orage It's cloudy (or) It's sunny (or) It's windy (or) It's raining (or) It is cloudy It is sunny It is windy It is raining It's snowing (or) It's foggy (or) It's stormy (or)

India We've got Indian flag printables for your classroom projects or to decorate your home, perfect... Have a go at some of our Indian-themed crafts for children for a real flavour of India! We've... We've got a lovely colouring page of two Indian children in traditional costume for the kids to... We've posters, story paper and learn to draw tutorials to print for an India project. Geography of the UK The official title of the UK is the United Kingdom of Great Britain and Northern Ireland . Great Britain (the formerly separate realms of England and Scotland, and the principality of Wales. ) Northern Ireland (also known as Ulster) Numerous smaller islands including the Isle of Wight, Anglesey, and the Scilly, Orkney, Shetland, and Hebridean archipelagos. The UK is an island nation in Western Europe just off the coast of France. The mainland areas lie between latitudes 49°N and 59°N and longitudes 8°W to 2°E.

The Weather The condition of the atmosphere over a particular area is called the weather. Rain Rain: drops of water that fall from clouds. A single drop of rain is called a raindrop.