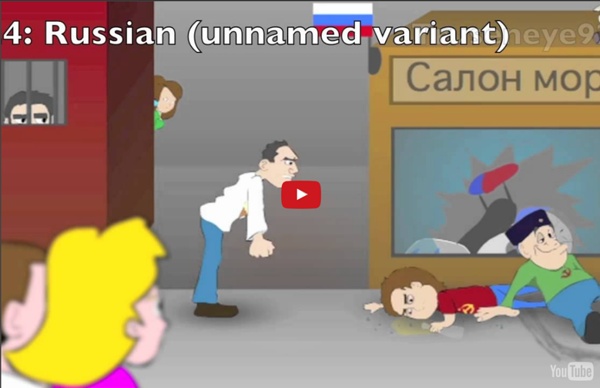 Related:  Speaking • English around the world

Which variety of English should you speak? Ahead of UN English Language Day on 23 April 2014, English language and linguistics specialist Dr Urszula Clark presents research Opens in a new tab or window. on variations in the use of English and what these could mean for education policy and teachers of English. Her live-streamed British Council seminar Opens in a new tab or window. is later today from 19:00 to 20:00 BST. You are what you speak: place of origin most important identity factor My research took place in the West Midlands region of the UK and looked at variations in the use of English in creative spoken performance such as comedy, drama and poetry, as well as in written texts such as letters to local newspapers, stories and poems written in dialect.

Culture - How Americanisms are killing the English language So it turns out I can no longer speak English. This was the alarming realisation foisted upon me by Matthew Engel’s witty, cantankerous yet nonetheless persuasive polemic That’s the Way it Crumbles: The American Conquest of English. Because by English, I mean British English. Despite having been born, raised and educated on British shores, it seems my mother tongue has been irreparably corrupted by the linguistic equivalent of the grey squirrel. And I’m not alone. Whether you’re a lover or a loather of phrases like “Can I get a decaf soy latte to go?”

5 of My Favorite English Games for ESL Students I saved the best for last. My students requested this game more often than any other game we ever played. It's based on the old drinking game "Ring of Fire," modified for the classroom. Materials needed:A standard deck of playing cards, a whiteboard, 20-30 small slips of blank paper, and a bowl. The setup:Almost none! Place the bowl in the center of a table and spread the cards out, face down, in a circle around the bowl. Weird facts about the English language. English surprises us all the time with some of the coolest and strangest features that it manifests. It has been the largest language to have been thoroughly studied, revealing more about the peculiarities of this language. I came to you today with some of the strangest facts that research has revealed about English. Aside from being a language where one drives in parkway and parks in a driveway, recites in a play and plays in a recital, here are some other facts about English: You may find this odd or unbelievably ridiculous but it isn't the language of the motto of the British Crown either, it is French: "[Mon] Dieu et mon Droit"....

Conversation Questions for the ESL/EFL Classroom If this is your first time here, then read the Teacher's Guide to Using These PagesIf you can think of a good question for any list, please send it to us. Home | Articles | Lessons | Techniques | Questions | Games | Jokes | Things for Teachers | Links | Activities for ESL Students Would you like to help? If you can think of a good question for any list, please send it to us. I spent a year in the UK, and I still use these British slang words - Insider In the year I spent living in London, I picked up some British slang words that I still find myself using back home in New York. Wonky, dodgy, and many others have become mainstays in my vocabulary.I've also started referring to French fries as "chips" just like my British counterparts.The Brits have so many slang words that are a part of their everyday speech that some hardly seem like slang at all.Visit Insider's homepage for more stories. I lived in the UK for just over a year, and moved back to New York last month. There are a few things I miss about living across the pond, and one has to be the British language. Yes, I know it's still English — I'm talking about their slang words. The British have a way of using words to describe things that are often indescribable.

Giving Directions in English Giving directions in English is one of the most useful functions there is. Everyone understands that this is the function they are likely to use on the street, literally, and therefore the motivation is usually quite easy. To be able to give directions you need to learn a set of phrases which you later combine into a conversation. To teach the phrases we offer you the following. Topics for Debate in English This page lists suggested subjects that can be discussed to practise agreeing and disagreeing in English. Here are 20 topics to discuss with a friend or group. Practise agreeing and disagreeing even if you have to argue against something you actually believe in. One way to have fun with this is to make up a bunch of cards that say agree or disagree.