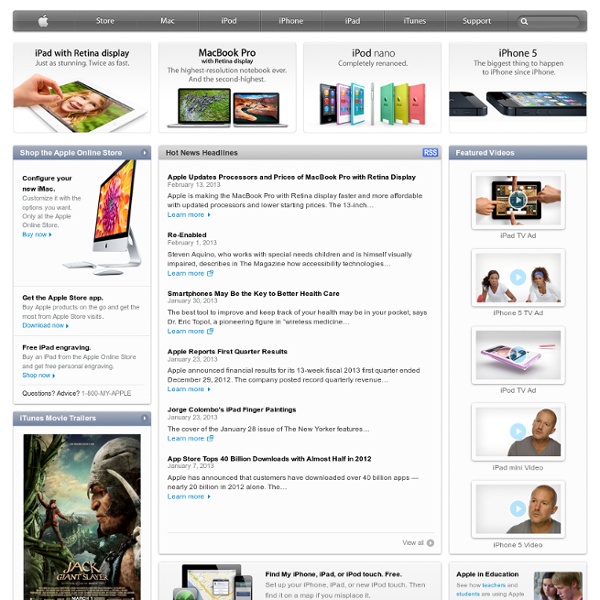 Nuke Tutorials NUKE : Using Particles – Part 2 1.51K Views0 Likes NUKE : Using Particles - Part 2 Part 2 of 2. VFX compositor Daniel Lee shows you how to use the NUKEX particle system to change a Summer scene to Autumn. Design a Hand Drawn Illustrated Desktop Wallpaper In this tutorial, I will be showing you how to combine drawing skills, typography and the use of Photoshop to create a desktop wallpaper. We’ll cover how to set up your document for screen, how you get your pencil drawings into Photoshop, how to add some colour into the pencil drawing, and finishing it off to create the illustration. Preview

The Drug That Never Lets Go Photo By @FatTonyBMX Dickie Sanders was not naturally prone to depression. The 21-year-old BMX rider was known for being sweet spirited and warm -- a hugger not a hand-shaker. The kind of guy who called on holidays. Who helped his father on the family farm. Who spent countless hours perfecting complicated tricks on his bike. Hopi Indians (Hopis) Hopi Tribe How do you pronounce the word "Hopi"? What does it mean? Hopi is pronounced "hope-ee," and it means "peaceful person" or "civilized person" in the Hopi language. Where do the Hopis live?

State Level Registry for Provider Incentive Payments « Provider Outreach home page (A single provider who will enter their data and submit their own CMS EHR funding application.) To the right are the step by step instructions on how to complete the registration process. Cinema 4D Nuke Vector Blur Node Creates Custom Nuke Node for Cinema 4D Renders A while back Josh Johnson shared his workflow for get motion vectors out of Cinema 4D to use in a NUKE composite along side the NUKE vectorBlur Node. Alexander Lehnert has taken this a step further by creating a NUKE Script that creates the proper settings with a few bits of input. so i created a costume Vectorblur node, which allows you to fill in your Motionscale value from Cinema4D and on-the-fly recalculated your correct values

justin gabbard cemlurk: The first concert I attended on my own volition was on July 13th, 1996, the gig was Pantera/White Zombie/EyeHateGod at Coca Cola Starplex in Dallas, Texas. It was also the first time I took LSD. I was 13 years old. At the time, it was the coolest thing I had ever done. Although I spent most of the gig freaking out in a Port-o-Potty, overall the experience left a big impression with me - whether that’s good or not, I do not know.

‘Any Call Has the Potential to Become Violent’ - Printable Version - Jems.com Friday, February 24, 2012 Gailynne M. Ferguson Over the years, the EMS and law enforcement industries have seen changes ranging from their ballistic protection and equipment to training and response procedures. Unfortunately increases in violence, mental instability, drugs, gangs, lack of attention and desperation have forced people in both occupations into combat situations. The result has been more high-risk tactical incidents for law enforcement that ultimately involve EMS. Increased attacks on both professions have resulted in injury and death to responders.

Education’s Core Author: Colin "To save man from the morass of propaganda, in my opinion, is one of the chief aims of education. Education must enable one to sift and weigh evidence, to discern the true from the false, the real from the unreal, and the facts from the fiction." — Martin Luther King “I pay the schoolmaster, but it is the schoolboys that educate my son." — Ralph Waldo Emerson You now need last 5 digits of TIN for Medicare IVR in General Medical Billing Questions Forum NEW REQUIREMENT FOR CUSTOMER SERVICE AND IVR INQUIRIES - LAST 5 DIGITS OF TIN Do you know the last five digits of your Taxpayer Identification Number that Medicare has on file for your office? The Taxpayer Identification Number (TIN) is the number that was submitted on your 855 Medicare provider enrollment application. This number is also submitted on all claims you send to Medicare. Effective March 1, 2009, all Customer Service and Interactive Voice Response (IVR) inquiries that currently ask you to provide a matching National Provider Identifier (NPI) and Provider Transaction Access Number (PTAN) will also require the last five digits of a corresponding TIN. To allow us to serve you in the timeliest manner, please, have these 5 digits available and ready prior to any calls to the IVR or Customer Service starting March 1, 2009.