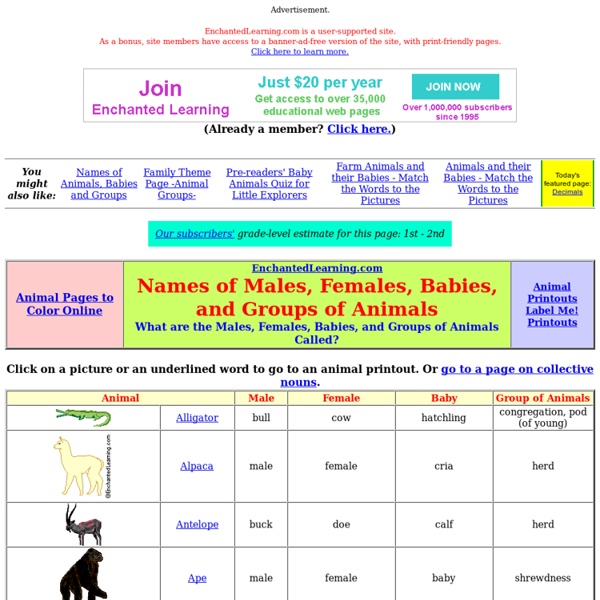 21 Photos Of Nature Winning The Battle Against Civilization You might have to plant the flowers in your backyard to see some green action, but plants will grow from just about anywhere if you give them enough time. If you abandoned your home today and returned many years later, you might find trees growing right out of your bedroom walls, and plants the size of beanstalks shooting straight up out of your floorboards. Plants are incredibly resilient, and can grow from the most unlikely places so long as they have a source of sun and water. These man-made objects, buildings, and entire cities are no match for the rapid growth of plant life. Check out these unbelievable photos of nature wining the battle against civilization. The Bicycle Tree

Animal Totems and Animal Symbolism Animal totems play huge roles in our lives. They aid in self-discovery and capture our imagination, giving us incredible avenues of self-expression and awareness. Additionally, they assist in understanding our past, and if we are attentive, our animal totems can reveal glimpses of our future. Webster's Dictionary defines a totem as: "A natural object, usually an animal that serves as a distinctive, often venerated emblem or symbol. A means of personal or spiritual identity." PETA shatters Jane Birkin’s glossy Birkin bag fantasy. Now, she wants out. This 2007 photo taken in New York shows an employee holding a crocodile-skin Hermes Birkin bag during a private opening of the new Hermes store on Wall Street. (Timothy A. Clary/AFP/Getty Images file) The most coveted Birkin bags, sold by luxury French retailer Hermès, cost more than most Americans make in a year.

Earth - Weird and wonderful photo quiz It's the BBC Earth weird and wonderful photo quiz. This is your chance to prove to yourself and others what you know about life on this planet. Guess what weird and wonderful things are in these 15 photos below. Make a note of how many you get right, and share your score with us on BBC Earth on Facebook and Twitter, using #EarthQuiz. Answers are below the images. No early peeking! New Orleans ten years after Hurricane Katrina - where is it now? Today marks the ten year anniversary of Hurricane Katrina making landfall on the Louisiana coast, wreaking havoc throughout the gulf and notoriously causing a breach of the levees which were supposed to protect New Orleans. I won’t sit here and hypothesize on whether that breach was intentional or whether officials were at least complicit, instead I want to focus on where New Orleans is now, and where it should be. A few weeks ago I went to New Orleans to volunteer with lowernine.org on rebuilding houses in the lower ninth ward. I was only able to stay a week unfortunately, but it’s amazing how much work can be done on a house in a week’s time.

Marine Life Needs Protection from Noise Pollution Doug Nowacek/Duke University (l); Howard Rosenbaum/WCS Ocean Giants (r) Douglas Nowacek (left) and Howard Rosenbaum. An international group of scientists is calling for stricter regulations to protect marine wildlife from noise pollution. In a study1 published last week in the journal Frontiers in Ecology and the Environment, researchers argue that action is needed to tackle excessive ocean noise from industrial activities such as shipping and seismic surveys, which use loud sound pulses fired from compressed air guns to explore the sea floor and find natural resources. Nature asked two authors of the study, conservation ecologists Douglas Nowacek at the Duke University Marine Laboratory in Beaufort, North Carolina, and Howard Rosenbaum at the Wildlife Conservation Society in New York City, why this is such an urgent problem. This interview has been edited for length and clarity.

Mapping the World's Air Pollution in Real Time Worldwide, outdoor air pollution causes more than 3 million premature deaths each year. While some cities have already reached hazardous levels of air pollution—such as Delhi, India, with smog practically covering the city daily—others are coming dangerously close. This is according to a new interactive map detailing most of the world’s air quality with real-time data.

Corals Are Dying on the Great Barrier Reef By Brian Clark Howard Scientists have discovered an unprecedented die-off in the world's largest reef, the Great Barrier Reef, prompting the Australian government to issue its highest response level. Diver surveys based off Cape York, Australia's northeastern tip, found up to 50 percent mortality in the reef from coral bleaching. Death among the organisms that build the reef's structure is most likely linked to rising temperatures in the ocean, the government announced. "The corals in the remote far north of the reef experienced extremely hot and still conditions this summer, and were effectively bathed in warm water for months, creating heat stress that they could no longer cope with," Russell Reichelt, the chairman of the Great Barrier Reef Marine Park Authority, said in a statement.

What does your fridge reveal about you? 28 January 2015Last updated at 05:00 ET The contents of your fridge reveal a lot about your life, your family, your job and your standard of living. Whether it's milk, eggs, cake or meat, the food inside tells a story. Three quarters of homes around the world have a fridge and about one in five have a freezer, according to market research firm Euromonitor - and as living standards rise so does fridge ownership. Readers told us what they keep in their fridges - and it's not always food. Kathryn Riepl, South Island, NZ: I have two sons, Henry and William, aged nine and seven, who are mad on comics.

What Humans Are Really Doing to Our Planet, in 19 Jaw-Dropping Images - Mic Last week, Pope Francis and church officials encouraged everyone to consume less and think more about our impact on the environment. It's a timely warning because the next six months will be critical to our future. Ahead of a series of major events later this year, The Foundation for Deep Ecology and the Population Media Center released a collection that illustrates the devastating effects of out-of-control growth and waste, and it's breathtaking. "This is an issue that people care about, and oftentimes it's just not discussed by mainstream media," Missie Thurston, director of marketing and communications at the Population Media Center, told Mic. It's difficult to always know the impacts of our daily choices, like the real effect of buying a bottled water or an extra TV or laptop. Electronic waste, from around the world, is shipped to Accra, Ghana, where locals break apart the electronics for minerals or burn them.