The Medicine Wheel as a Symbol of Native American Psychology. Details Last Updated on Sunday, 27 October 2013 20:37 Written by Timothy C. 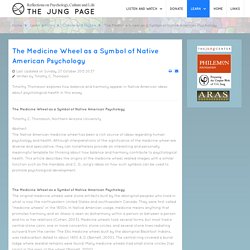 ט Teth. This is a transcription of the audio lecture audio 10 The Hebrew Letter Teth ט (42.33 MB), which you can download for free. 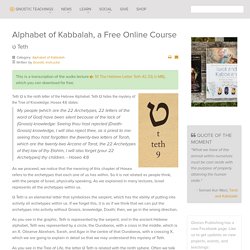 Mercury, Hermes. This is a transcription of the sixth and final lecture in the course about Alchemy, originally given as live, unscripted lectures on Gnostic Radio. 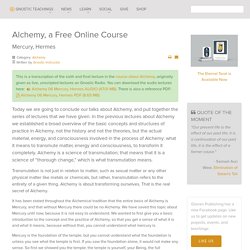 You can download the audio lectures here: audio Alchemy 06 Mercury, Hermes AUDIO (47.01 MB). There is also a reference PDF: pdf Alchemy 06 Mercury, Hermes PDF (8.65 MB) Today we are going to conclude our talks about Alchemy, and pull together the series of lectures that we have given. In the previous lectures about Alchemy we established a broad overview of the basic concepts and structures of practice in Alchemy, not the history and not the theories, but the actual material, energy, and consciousness involved in the process of Alchemy: what it means to transmute matter, energy and consciousness, to transform it completely. Alchemy is a science of transmutation; that means that it is a science of “thorough change,” which is what transmutation means. 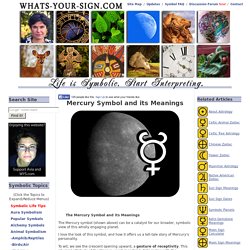 I love the look of this symbol, and how it offers us a tell-tale story of Mercury's personality. To wit, we see the crescent opening upward, a gesture of receptivity. This physical attribute of the Mercury symbol certainly falls in-line with the symbolic personality of this planet, as Mercury is the planet of open-mindedness, new ideas and intelligence. In astrological terms, Mercury rules the sign of Gemini who are prodigious thinkers and expert idea factories - punching out ever increasing concepts to the delight of everyone around them. Dharma Wheel (Dharmachakra, Wheel of Law) 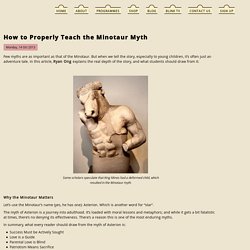 But when we tell the story, especially to young children, it’s often just an adventure tale. In this article, Ryan Ong explains the real depth of the story, and what students should draw from it: Some scholars speculate that King Minos had a deformed child, which resulted in the Minotaur myth. Why the Minotaur Matters Let’s use the Minotaur’s name (yes, he has one): Asterion. The myth of Asterion is a journey into adulthood. In summary, what every reader should draw from the myth of Asterion is: Success Must be Actively SoughtLove is a GuideParental Love is BlindPatriotism Means SacrificeThe Penalties of Breaking Promises There are multiple versions of the myth, of which this is a fair one. 1. Granted, it’s easier to be motivated when there’s an angry man-eating, half-bull monster after you. Theseus stands out because he wants to go into the labyrinth*. It’s a straightforward message: Hunt, or be hunted. 2. 3. 4. 5.

#1) labyrinth graphics. Labyrinth_1_(from_Nordisk_familjebok) Symbols.com. Labyrinth. In Greek mythology, the Labyrinth (Greek λαβύρινθος labyrinthos,[1]) was an elaborate structure designed and built by the legendary artificer Daedalus for King Minos of Crete at Knossos. 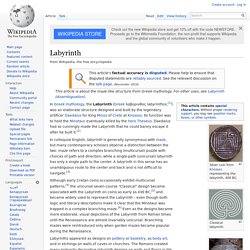 Its function was to hold the Minotaur eventually killed by the hero Theseus. Daedalus had so cunningly made the Labyrinth that he could barely escape it after he built it.[2] In colloquial English, labyrinth is generally synonymous with maze, but many contemporary scholars observe a distinction between the two: maze refers to a complex branching (multicursal) puzzle with choices of path and direction; while a single-path (unicursal) labyrinth has only a single path to the center. A labyrinth in this sense has an unambiguous route to the center and back and is not difficult to navigate.[3] Labyrinths appeared as designs on pottery or basketry, as body art, and in etchings on walls of caves or churches.