Please read our disclosure for more info. Photographer Randal Ford believes that every animal has a story to tell. This compassionate perspective is at the core of his ongoing Animal Portrait Collection, a striking series that explores his subjects' unique personalities and behaviors. Each revealing photograph features a single animal strategically shot against a stark black or white backdrop.

This focus on feelings is also evident in the expressions and poses of the animals. To achieve this goal, Ford has a fascinating approach: he does not try to dictate or guide the way the animals act. “During the shooting process, it's not uncommon that an animal gives you just a glimpse of its personality. In 2018, Ford compiled this stunning series into The Animal Kingdom: A Collection of Portraits. Chimpanzee Young Lion Black Bull Pink Cockatoo Highland Cow Rooster Skunk. 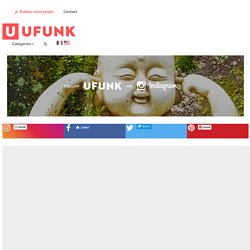 Home Page - Joel Sartore. Tamara Staples - animal - poule - chicken - food. I came to know about the chickens through my uncle, a lifelong hobbyist. 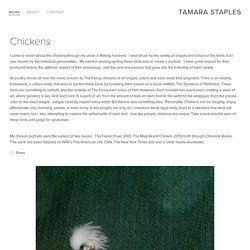 I was struck by the variety of shapes and colors of the birds, but I was moved by the individual personalities. My intent in photographing these birds was to create a portrait. I have great respect for their profound history, the utilitarian aspect of their physiology, and the care and passion that goes into the breeding of each variety. At poultry shows all over the world, known as The Fancy, chickens of all shapes, colors and sizes await their judgment. There is an existing framework, a culture really, that aims to perfect these birds by breeding them based on a book entitled, The Standard of Perfection. Jo-Anne McArthur. Tim Flach- animal - dog - chien - Nature Photographer 2017. Every year, photographers around the world are waiting for the opportunity to send their pictures to National Geographic’s prestigious Photo Contest. 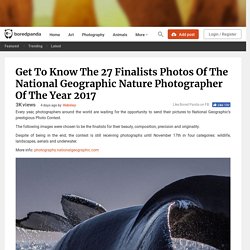 Show Full Text The following images were chosen to be the finalists for their beauty, composition, precision and originality. Despite of being in the end, the contest is still receiving photographs until November 17th in four categories: wildlife, landscapes, aerials and underwater. More info: photography.nationalgeographic.com Image credits: www.facebook.com Image credits: yourshot.nationalgeographic.com. 2017 Bird Photographer- animal - bird - oiseau. Shelter Dogs - animal - dog - chien. Lady Bell is an energetic and smart girl. 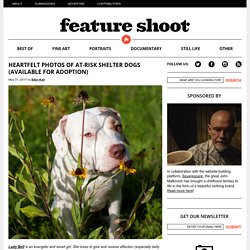 She loves to give and receive affection (especially belly rubs). Lady Bell loves to play with toys. If you put out five toys, she will rotate through them and play with each of them as if she has never seen them before. She doesn’t like being cooped up in a kennel. Having another fun loving, active dog to play with is also important. Travel Photography 2016. Kevin Pogorzelski, November winner. 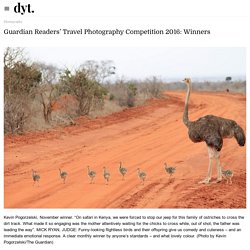 “On safari in Kenya, we were forced to stop our jeep for this family of ostriches to cross the dirt track. What made it so engaging was the mother attentively waiting for the chicks to cross while, out of shot, the father was leading the way”. MICK RYAN, JUDGE: Funny-looking flightless birds and their offspring give us comedy and cuteness – and an immediate emotional response. A clear monthly winner by anyone’s standards – and what lovely colour. 2011 International Photography Award Winners. Advertising: Fashion, 2nd Place Winner John Wright If you love photography contests like we do, then you'll want to check out The International Photography Awards. 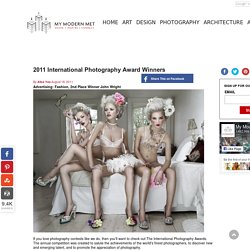 The annual competition was created to salute the achievements of the world's finest photographers, to discover new and emerging talent, and to promote the appreciation of photography. Recently, the category winners were announced. Out of the thousands of entries IPA received this year, only the main category winners will move on as finalists to compete for IPA's top award of International Photographer of the Year. The winner will be announced at the annual Lucie Awards which is held at the Lincoln Center, New York on October 24th, 2011. To view all the winners, you can go to this page on the IPA website or you can check out 25 of our very favorites, below. 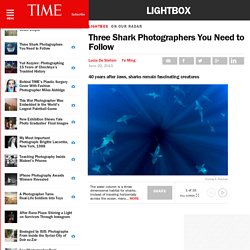 It was the eve of Vladimir Putin’s ascent to the Russian presidency, and the height of the Russian bombardment of Chechnya, when entire towns in that breakaway republic were, as the Russians often put it, “made level with the earth.” Kozyrev, a native of Moscow, documented both of Chechnya’s wars against Russia in the 1990s. The first one, fought between 1994 and 1996, had resulted in a humiliating defeat for Russia. But the carnage was far worse when the conflict resumed under Putin in 1999. Tiina Törmänen Photography. Home » Ellie Davies. Le Mékong - Viêtnam. The Forgotten Pyramids of Meroe. 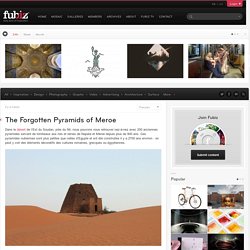