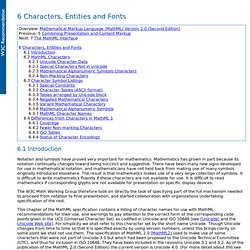 Mathematics has grown in part because its notation continually changes toward being succinct and suggestive. There have been many new signs developed for use in mathematical notation, and mathematicians have not held back from making use of many symbols originally introduced elsewhere. The result is that mathematics makes use of a very large collection of symbols. It is difficult to write mathematics fluently if these characters are not available for use. The W3C Math Working Group therefore took on directly the task of specifying part of the full mechanism needed to proceed from notation to final presentation, and started collaboration with organizations undertaking specification of the rest. 6.2 MathML Characters A MathML token element Section 3.2 Token Elements, and Section 4.4.1 Token Elements takes as content a sequence of MathML Characters. 6.2.1 Unicode Character Data <mi>&#x1D504;</mi> cancellations. 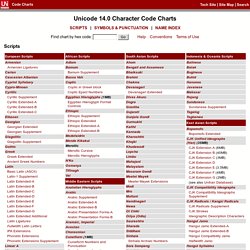 Wingdings 2 Equivalents. Wingdings 2 font should not be used in Web pages. 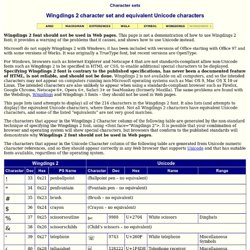 This page is not a demonstration of how to use Wingdings 2 font; it provides a warning of the problems that it causes, and shows how to use Unicode instead. Microsoft do not supply Wingdings 2 with Windows; it has been included with versions of Office starting with Office 97 and with some versions of Works. It was originally a TrueType font, but recent versions are OpenType. For Windows, browsers such as Internet Explorer and Netscape 4 that are not standards-compliant allow non-Unicode fonts such as Wingdings 2 to be specified in HTML or CSS, to enable additional special characters to be displayed.

Specifying Wingdings 2 font is contrary to the published specifications, has never been a documented feature of HTML, is not reliable, and should not be done. This page lists (and attempts to display) all of the 216 characters in the Wingdings 2 font. ASCII Characters. Facebook Cool Letters & Symbols. Things have been changing. 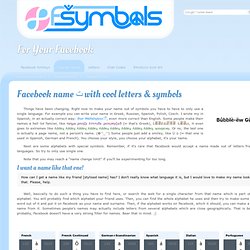 Right now to make your name out of symbols you have to have to only use a single language. For example you can write your name in Greek, Russian, Spanish, Polish, Czech. I wrote my in Spanish, in an actually correct way: Ihor Méñshykov, even more correct than English. Some people make their names a hell lot fancier, like ταημα ρπιηζε λττιτυδε ρεπςσηιζιεδ (↢ that's Greek), ᒫᙓᘎᕠᐎᖸᕲᘎ ᒺᘮᖳᔖ, it even goes to extremes like ʎddɐɥ ʎddɐɥ ʎddɐɥ ʎddɐɥ ʎddɐɥ ʎddɐɥ ʎddɐɥ ʎddɐɥ ʎddɐɥ ʞooqǝɔɐɟ. Or no, the last one is actually a page name, not a person's name. (✿◠‿◠) Some people just add a smiley, like Ü ü (↢ that one is used in Spanish, German and French). Next are some alphabets with special symbols. Note that you may reach a "name change limit" if you'll be experimenting for too long. I want a name like that one! How can I get a name like my friend [stylised name] has? Ukrainian, Russian, Cyrillic letters Greek letters and characters Połish language Africa Alphabet Facebook chat. 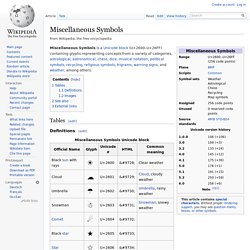