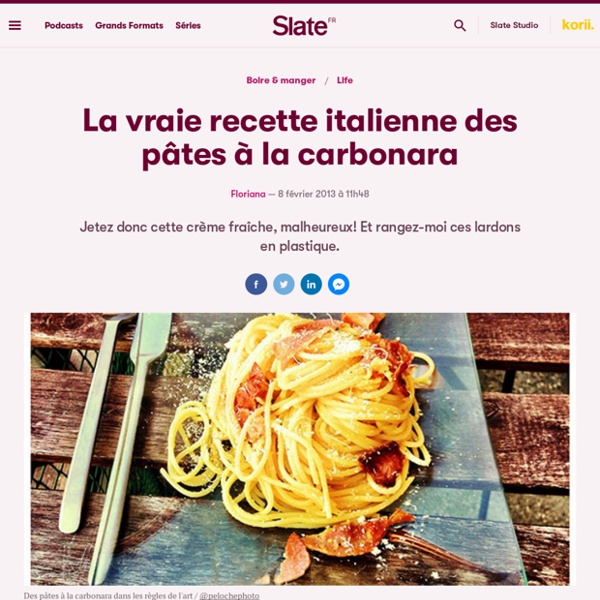 Photographer Tracks Down People He Shot in the Street 40 Years Ago to Recreate Their Pictures Back in the 1970s and 1980s, paramedic and part time photographer Chris Porsz spent all of his free time walking around the streets of Peterborough, England, taking photos of passersby. 40 years later, Chris tracked down the subjects of his photos all of those years ago, convincing them to strike the same pose for a “then” and “now” perspective. According to Chris, “I don’t think anyone else has tracked down so many strangers and recreated photos in this way before.” It took “tenacious detective work, meticulous planning and, often, unbelievable coincidences,” but the results are a fascinating look at how people have changed - or not changed -as the case may be. Chris has put all of these photos and stories into a book titled Reunions.

Magnolia’s Vanilla Cupcakes Join Recipelink.com for Free! Follow Us on Pinterest Featured Cookbook Book Description How To Make Fresh Ricotta Okay, the first thing I have to say is, hang in there with me for a few minutes. I know you are thinking, make your own cheese? REALLY? Here on this blog where I have said about a million times, it’s all about getting in and out of the kitchen in 30 minutes or less?

Lemon Magic Cake – Stasty Have you heard of magic cake? – it’s called magic cake because it’s essentially one cake batter that separates into three layers when cooked. More science than magic really, but we food bloggers like the word magic better Hajime Narukawa Wins Good Design Grand Award for World-Changing Map The Good Design Grand Award, arguably Japan’s most prestigious award for design, just went out to architect Hajime Narukawa’s completely groundbreaking design for a map of the world. His map, the AuthaGraph World Map, isn’t your average map of the globe: It’s a near-perfect representation of the continents and oceans as they exist on our spherical planet, all laid out on a two-dimensional surface. Maps are pretty darn complicated. We take it for granted that Antarctica is going to be smushed down at the bottom of the map and not shown in full; all the oceans are radically disfigured, but we’re used to seeing them that way. That style dates back to cartographer Gerardus Mercator’s paradigm-shifting map from 1569. It’s not easy to map a sphere in two dimensions, but we’ve made compromises.

Magnolia’s Famous Banana Pudding Join Recipelink.com for Free! Follow Us on Pinterest Featured Cookbook Book Description A cupcake can change your life. Cavatelli Pasta with Ricotta Balls Recipe A guideline for the ideal amount of water for the cooking of pasta would be a liter (one quart) of water for every 100 grams (3.5 oz.) of pasta. This proportion can obviously be decreased as the amount of pasta to be cooked increases, in so much as, if we are cooking 1 kilo (2 lbs 3 oz) of pasta, 6-7 quarts of water will be sufficient. The cooking water must always be salted before adding the pasta, and the quantity is an average of 10 gr. (2 teaspoons) of salt for each quart of water. Printing a wall-sized world map Prologue I love world maps. Since my earliest childhood I have been fascinated by all the foreign-sounding names on them. Back in that time it was unthinkable that I would ever see any of these places. Now, many years later, I am now lucky enough to have the opportunity to travel to many different countries and I sadly realized that this planet is not nearly as big as I hoped when I was a kid.

Magnolia’s Famous Banana Pudding Magnolia’s is probably one of New York’s most famous bakeries (thanks to Sex and the City) but I find their cupcakes a little dry. Whenever I stop by the shop, instead of waiting in line for their cupcakes, I usually end up getting a small order of their banana pudding. It’s light and airy yet really decadent. I looked up the recipe and it’s surprisingly easy to make – perfect for a Friday treat to bring into the office. The ingredients: Don’t even bother getting the reduced fat Nilla wafers – I mean, if you’re using heavy cream, just go all out, right?! Trapani-Style Couscous Recipe - Sicilian Fusion Recipes From Sicily (April 2013, $39.95), by Phaidon Press A daily series of some of the best that Sicilian — the original Italian fusion cuisine — has to offer. Check back here on Eat Like a Man for a new recipe every day.

Danny MacAskill – new video Danny MacAskill's Wee Day Out is here! Danny MacAskill became one of the biggest YouTube stars in the world after his incredible bike skills were witnessed in a number of jaw-dropping edits, including Imaginate, Epecuén and Way Back Home. Now the Scottish trials legend is back – this time on a mountain bike – with his brand new film, Wee Day Out. WEE DAY OUT EXPLAINED: Find out why Danny says "There was nothing funny about this film" Danny explores the rural landscape around Edinburgh in a film that sets out to capture the simple fun of a ride in the country. Tricks include a leap onto a single train track, turning a hay bale into a giant unicycle, riding over a cottage, and disappearing into a 6ft puddle.