It might be the world's biggest ocean, but the mighty Pacific is in peril - ABC News. The Pacific Ocean is the deepest, largest ocean on Earth, covering about a third of the globe's surface. 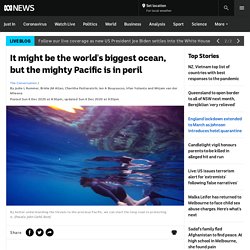 An ocean that vast may seem invincible. Yet across its reach — from Antarctica in the south to the Arctic in the north, and from Asia to Australia to the Americas — the Pacific Ocean's delicate ecology is under threat. In most cases, human activity is to blame. We have systematically pillaged the Pacific of fish. Most world maps show north at the top. But it doesn't have to be that way - ABC News. Geocaching is the outdoor treasure hunt taking people out of their comfort zones and around the world. Updated about an hour agoSat 17 Aug 2019, 12:04am. 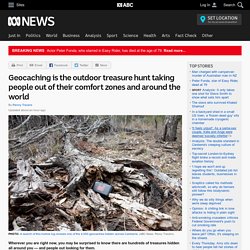 Burn marks add to hexafoil mystery of Tasmania's shamanic past. Adani confident Labor will honour environmental approvals for its coal mine - Australia Votes - Federal Election 2019 - Politics. Updated yesterday at 11:00amTue 16 Apr 2019, 11:00am The head of Adani Australia has said he does not believe a Shorten government poses a risk to the company's proposed Carmichael coal mine in central Queensland. 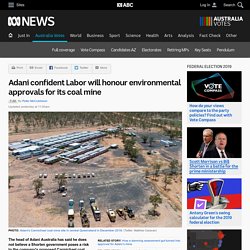 Key points: Adani Australia CEO Lucas Dow says Labor has given assurances it will not reject existing approvals if it wins governmentLNP member for Capricornia Michelle Landry says Labor is not doing enough to support AdaniCapricornia Labor candidate Russell Robertson signed a pledge organised by the CFMEU mining union to support coal mining "I think [Federal Labor] has been crystal clear that if they are to form government they won't be in the habit of creating sovereign risk by ripping up the existing approvals," Adani Australia CEO Lucas Dow told 7.30. Global positioning system is our best navigation network, but this may change in five years - Science News - ABC News. An ambitious project aims to map the entire ocean floor. It could also open it up to mining - RN. 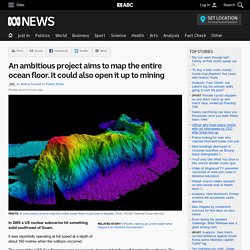 It was reportedly operating at full speed at a depth of about 160 metres when the collision occurred. The nose of the USS San Francisco was so severely damaged that the craft had trouble surfacing. The accident injured 98 submariners. Why large swathes of countries are censored on Google Maps. Updated earlier today at 6:12amThu 21 Feb 2019, 6:12am From self-driving cars to smart bins, global satellite positioning (GPS) is fundamentally changing the world around us, but as more of Earth becomes accessible from our keyboards, there are a number of groups who want to swat prying eyes away. 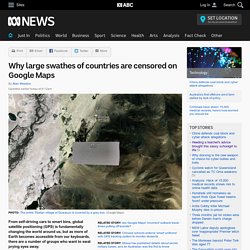 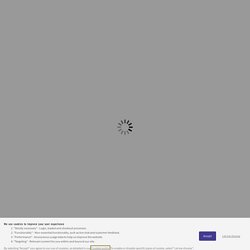 Please try again using a more current web browser or check TLS v1.1 and 1.2 are enabled in your settings. Why has this happened? Support for TLS 1.0 across the internet is being discontinued following the widespread availability of its more secure successors, TLS 1.1 and TLS 1.2, to resolve internet security issues and comply with modern standards. In order to mitigate possible security issues and conform to our own policies, Ordnance Survey has disabled the use of TLS 1.0 across our public website. TLS is used by a wide variety of everyday applications, including email, secure web browsing, instant messaging, internet telephony, etc. 38 Maps You Never Knew You Needed. 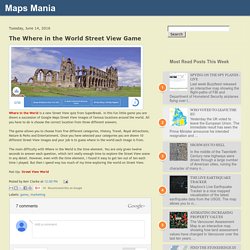 In this fun little game you are shown a succession of Google Maps Street View images of famous locations around the world. All you have to do is choose the correct location from three different answers. The game allows you to choose from five different categories, History, Travel, Royal Attractions, Nature & Parks and Entertainment. Once you have selected your categories you are shown 10 different Street View images and your job is to guess where in the world each image is from. Map skills - Map skills and higher-order thinking. It used to be a lot of work to make a map. 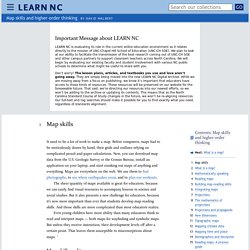 Before computers, maps had to be meticulously drawn by hand, their grids and outlines relying on complicated pencil-and-paper calculations. Now, you can download map data from the U.S. Geologic Survey or the Census Bureau, install an application on your laptop, and start cranking out maps of anything and everything. Guess the Travel Destination! Dogstails.html?ar_a=1#.UG4xxTAn8E0. Grades 6-8 Overview: Have you ever seen a child construct something from a lump of clay? 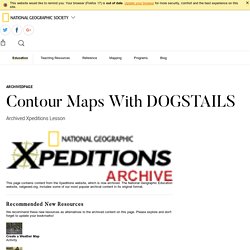 Draw On Maps and Make Them Easily. But where is the green sheep? Old maps put the art in cartography.