Éditions Poesis. Krakow Poetry Projections – Melbourne’s name in lights — Australian Poetry. This exciting new initiative is the vision of our sister UNESCO City of Literature, Krakow, where short poems are flashed up on the walls of selected buildings in their famous arts precinct. 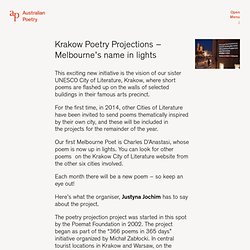 For the first time, in 2014, other Cities of Literature have been invited to send poems thematically inspired by their own city, and these will be included in the projects for the remainder of the year. Our first Melbourne Poet is Charles D’Anastasi, whose poem is now up in lights. You can look for other poems on the Krakow City of Literature website from the other six cities involved.

Each month there will be a new poem – so keep an eye out! Here’s what the organiser, Justyna Jochim has to say about the project. The poetry projection project was started in this spot by the Poemat Foundation in 2002. The concept of this project is an ideal fit with the strategy of the UNESCO Cities of Literature, whose key goal is to build and strengthen international cooperation. 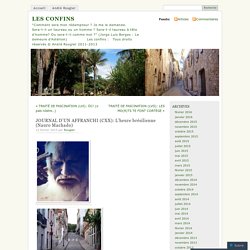 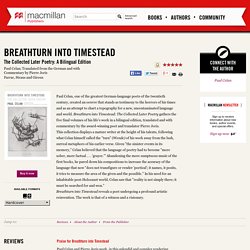 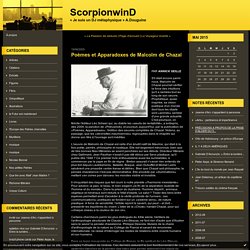 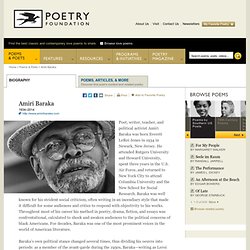 He attended Rutgers University and Howard University, spent three years in the U.S. Air Force, and returned to New York City to attend Columbia University and the New School for Social Research. Baraka was well known for his strident social criticism, often writing in an incendiary style that made it difficult for some audiences and critics to respond with objectivity to his works. Throughout most of his career his method in poetry, drama, fiction, and essays was confrontational, calculated to shock and awaken audiences to the political concerns of black Americans. For decades, Baraka was one of the most prominent voices in the world of American literature. Baraka incited controversy throughout his career. Baraka did not always identify with radical politics, nor did his writing always court controversy. E. E. Cummings: Biography from Answers. Edward Estlin Cummings (October 14, 1894 – September 3, 1962), popularly known as E. 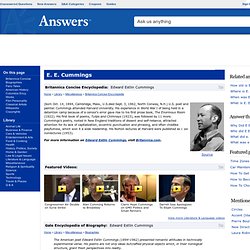 E. Cummings, with the abbreviated form of his name often written by others in lowercase letters as e.e. cummings (in the style of some of his poems—see name and capitalization, below), was an American poet, painter, essayist, author, and playwright. Nuptial Matters by Ruth Graham. Bill Hartmann One of the problems with planning a wedding in the Pinterest era is that originality is so highly prized it is paradoxically almost impossible to produce. Welcome to Sudeep sen's Official Website. L'océan Indien dans les littératures francophones: pays réels, pays rêvés ... Vol 48-49 : Papusza poétesse tsigane et polonaise. Vol 48-49 : Papusza poétesse tsigane et polonaise. The ‘link poet’ is no more. The Handwriting on the Wall: Authors’ Notes as Art.

Microscripts by Robert Walser at the Drawing Center (all photos by the author for Hyperallergic unless otherwise noted) In grade school, cursive and print were treated like indicators of who we are. 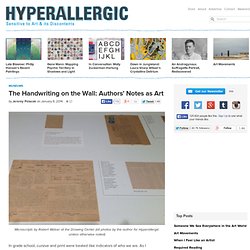 As I remember, girls’ writing was meant to be neat; boys’ was generally unruly. Sometimes more was read into our penmanship as well — whether we’d be artists or doctors (doctors having awful handwriting). The idea seemed to be that how we write reveals something about the way we think and relate to the world. Born in different eras and on different continents, Walser and Dickinson both led intensely private lives and shared an inimitable approach to notes. Criss-Crossing Cultures: A Triptych. Admin note: sorry it took us so long to put up this post by Clarissa, which is a wide-ranging dispatch from a trio of events back in late October, 2010. 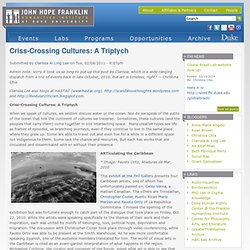