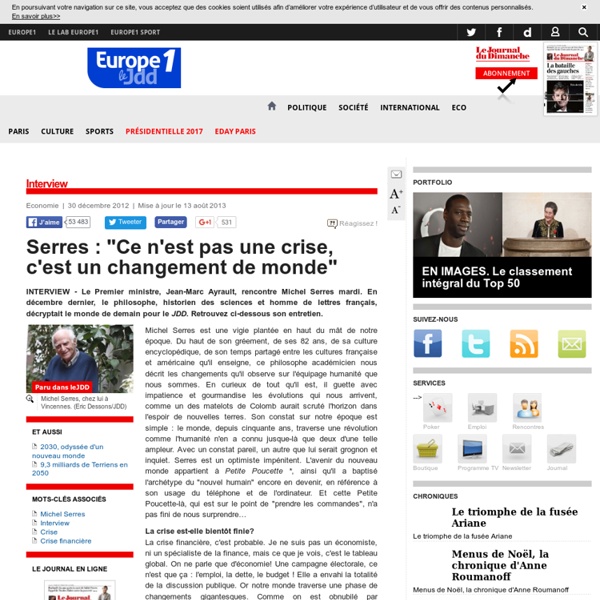 Disruptions: Life's Too Short for So Much E-Mail Tony Cenicola/The New York TimesRoyal Pingdom, a Web site that monitors Internet usage, said that in 2010, 107 trillion e-mails were sent. Corporate employees sent and received 105 e-mails a day. Just thinking about my e-mail in-box makes me sad. This month alone, I received more than 6,000 e-mails. That doesn’t include spam, notifications or daily deals, either. The Neutrality Network – Words That Matter As I write these words, the FCC has just issued draft regulations abolishing the rules meant to secure “network neutrality” on the internet. Those regulations themselves were a surprising victory in the second term of the Obama administration. Obama had made neutrality a critical part of his first campaign. But it was a former industry lobbyist turned FCC chairman, Tom Wheeler, along with an extraordinary deputy, Gigi Sohn, who finally pressed a constitutionally resistant FCC to adopt a substantial body of federal regulations that would go a long way toward securing for the future of the internet the kind of competitive platform that defined the very best of its past. Those regulations were astonishingly popular — with the users of the internet and those who developed content and applications.

Don't turn your back on science Your Royal Highness, Your Reith lecture saddened me. I have deep sympathy for your aims, and admiration for your sincerity. Introduction to Digital Humanities As primary sources of information are more frequently digitized and available online than ever before, how can we use those sources to ask new questions? How did Chinese families organize themselves and their landscapes in China’s past? How did African slaves from different cultures form communities in the Americas? What influences informed the creation and evolution of Broadway musicals? How can I understand or interpret 1,000 books all at once?

‘Mind uploading’ featured in academic journal special issue for first time (Credit: stock image) The Special Issue on Mind Uploading (Vol. 4, issue 1, June 2012) of the International Journal of Machine Consciousness, just released, “constitutes a significant milestone in the history of mind uploading research: the first-ever collection of scientific and philosophical papers on the theme of mind uploading,” as Ben Goertzel and Matthew Ikle’ note in the Introduction to this issue. “Mind uploading” is an informal term that refers to transferring the mental contents from a human brain into a different substrate, such as a digital, analog, or quantum computer. It’s also known as “whole brain emulation” and “substrate-independent minds.” Serious mind uploading researchers have emerged recently, taking this seemingly science-fictional notion seriously and pursuing it via experimental and theoretical research programs, Goertzel and Ilke’ note. For example, Neuroscientist Randal A.

Act now to save the internet as we know it – Tim Berners-Lee In just two days, the Federal Communications Commission (FCC) will vote on a proposal that would fatally undermine net neutrality in the US. This would be a disaster for the internet. Net neutrality — the principle that internet service providers (ISPs) treat all traffic equally — underpins the internet as we know it today. Science should be on the journalism curriculum 'Traditionally, journalism was learned on the job, but there’s been a steady shift to academic training, and journalism courses have blossomed across the UK even in the face of a contracting industry.' Photograph: SuperStock/Getty "What I want to know," said the voice on the other end of the phone, "is how many more students would have passed this year if the grade boundaries hadn't been changed." It's a good question, and it strikes to the heart of last year's GCSE fiasco.

After 244 Years, Encyclopaedia Britannica Stops the Presses Ángel Franco/The New York TimesA set of the Encyclopaedia Britannica on the shelves of the New York Public Library. After 244 years, the Encyclopaedia Britannica is going out of print. Those coolly authoritative, gold-lettered reference books that were once sold door-to-door by a fleet of traveling salesmen and displayed as proud fixtures in American homes will be discontinued, company executives said. No One Can Pretend Facebook Is Just Harmless Fun Anymore The revelation that Cambridge Analytica exploited the data of 50 million Facebook profiles to target American voters is indeed frightening. But Cambridge Analytica shouldn’t act as a diversion from the real bad guy in this story: Facebook. It is mystifying that as his company regulates the flow of information to billions of human beings, encouraging certain purchasing habits and opinions, and monitoring people’s interactions, Mark Zuckerberg is invited to give lectures at Harvard without being treated with due scepticism. We have now reached the point where an unaccountable private corporation is holding detailed data on over a quarter of the world’s population.

How to argue with a scientist: A guide « The Contemplative Mammoth I notice it all the time– on Facebook, in the comments of a science blog, over family gatherings, or listening to a radio talk show. Someone, maybe you, is patiently trying to explain how vaccines cause autism, perhaps, or why so-called “anthropogenic” global warming is really just due to sunspots or some other natural cycle. Perhaps you are doing pretty well at first, making use of passionate, heart-felt rhetoric and well-timed anecdotes.

Entering the Zettabyte Era  [Visual Networking Index May 29, 2013 This document is part of the Cisco® Visual Networking Index (VNI), an ongoing initiative to track and forecast the impact of visual networking applications. The document presents some of the main findings of Cisco's global IP traffic forecast and explores the implications of IP traffic growth for service providers. For a more detailed look at the forecast and the methodology behind it, please visit Cisco VNI: Forecast and Methodology, 2012-2017. Executive Summary Annual global IP traffic will pass the zettabyte threshold by the end of 2015, and will reach 1.4 zettabytes per year by 2017.