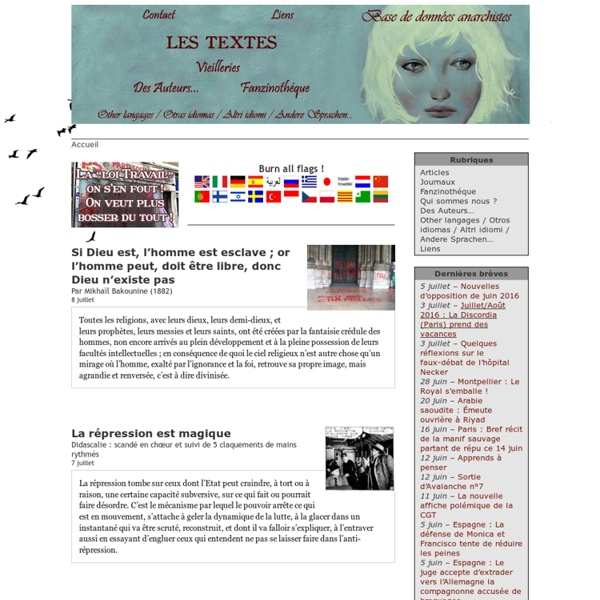 The Art of Not Being Governed Argument[edit] For two thousand years the disparate groups that now reside in Zomia (a mountainous region the size of Europe—2.5 million km2—that consists of portions of seven Asian countries) have fled the projects—slavery, conscription, taxes, corvée, epidemics, and warfare—of the nation state societies that surround them.[2][4] This book, essentially an “anarchist history", is the first examination of the huge literature on nation-building whose author evaluates why people would choose deliberately remain stateless. Scott admits to making "bold claims" in his book, but credits many other scholars, including the French anthropologist Pierre Clastres and the American historian Owen Lattimore, as influences.[3] See also[edit]

How to Practice Drawing — Study To get better as an artist you need to establish a practice, and do it right. The core of this practice is the Study Phase. The Study Phase is meant to be a mental workout. When you push yourself past your comfort zone in a physical workout, you body adapts and becomes stronger. The same is true of a mental workout. When you push past your mental comfort zone, your mind will adapt and become smarter.

Accelerationism Political philosophy In political and social theory, accelerationism is the idea that capitalism, or particular processes that historically characterised capitalism, should be accelerated instead of overcome in order to generate radical social change. "Accelerationism" may also refer more broadly, and usually pejoratively, to support for the intensification of capitalism in the belief that this will hasten its self-destructive tendencies and ultimately lead to its collapse.[1][2] Some contemporary accelerationist philosophy starts with the Deleuzo–Guattarian theory of deterritorialisation, aiming to identify and radicalise the social forces that promote this emancipatory process.[3][clarification needed]

What is the Mandate of Heaven in China? Answer: The "Mandate of Heaven" is an ancient Chinese philosophical concept, which originated during the Zhou Dynasty (1046-256 BCE). The Mandate determines whether an emperor of China is sufficiently virtuous to rule; if he does not fulfill his obligations as emperor, then he loses the Mandate and thus the right to be emperor. There are four principles to the Mandate:1) Heaven grants the emperor the right to rule,2) Since there is only one Heaven, there can only be one emperor at any given time,3) The emperor's virtue determines his right to rule, and,4) No one dynasty has a permanent right to rule.

Deleuze and the Accelerationsists It is the development of an immanent set of criteria along with an immanent political project, which accelerationism claims as its starting point, that allows us to see the guiding thread between Deleuze’s use of Nietzsche, Deleuze and Guattari’s political project in Anti-Oedipus, and the current Left accelerationists. We are expected, in the name of Deleuzoguattarian anti-fascism, to embrace capitalism as nihilist machine that has no ‘purpose’, because ‘purpose’=fascism, while forgetting that neoliberalism appeared in Germany as the form of governmentality that would immunize us against fascism by trading the political for the economic. —Benjamin Noys, ‘The Grammar of Neoliberalism’ Not to withdraw from the process, but to go further, to ‘accelerate the process’, as Nietzsche put it: in this matter, the truth is that we haven’t seen anything yet. —Deleuze and Guattari, Anti-Oedipus Accelerationism and its Critics

Ancient China Religions, Ancient Chinese Religious Beliefs Advert Ancient China Religion: History has witnessed that religion has always evolved with the evolution of different civilizations and various beliefs have come and disappeared along with the disappearance of a particular civilization. Ancient China has also witnessed many religious practices. Bifo speaks *If you’ve never heard of “Bifo” Berardi, you might want a look at this, because he’s in top form here; this is about as Bifo as it gets. Beyond the Breakdown Three Meditations on a Possible Aftermath Franco “Bifo” Berardi All of a sudden, what we have been thinking for the last fifty years has to be rethought from scratch. Thank god (is god a virus?) Zhou Dynasty, Zhou Dynasty History, History of Ancient China, China's dynasties Era Information Time: 1027 B.C.-221B.C.Location of Capital:Hao, near the city of Xian, Shannxi ProvinceEmperors: Twelve kings for eleven dynasties Replaced by:Spring and Autumn Period According to Chinese accounts, Zhou was built by a chieftain of a tribe called Zhou. The chieftain overthrew Shang’s last ruler and build the Zhou dynasty.