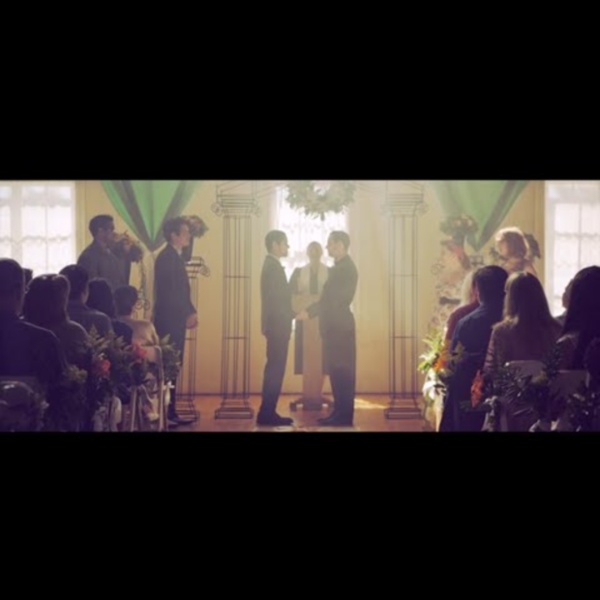 History was Made During Live Performance of "Same Love" Macklemore hit the stage at the Staples Center on Sunday (Jan. 26) for a performance at the 56th annual Grammy Awards. The 30-year-old rapper was joined for the gig by his producing partner, Ryan Lewis, and singer Mary Lambert to play the hit single "Same Love." The performance was taken to another level with the addition of Madonna, who lent her vocals to the "Heist" track by transitioning into a rendition of "Open Your Heart." Endangered languages - Ockham's Razor Robyn Williams: Languages – we each have one or two or three, and they are good for your brain. They keep it tuned and enrich your culture. Languages also tell us who we are and how we think. So it’s more important than it seems that we preserve as many as we can. The point is how. In some places in our region there are hundreds of different languages, up in the north of Australia for example and in Papua New Guinea, more than in Europe.

What The Hell Just Happened In Kansas? The bill that just overwhelmingly passed the Kansas House of Representatives is quite something. You can read it in its entirety here. It is premised on the notion that the most pressing injustice in Kansas right now is the persecution some religious people are allegedly experiencing at the hands of homosexuals. As Rush Limbaugh recently noted, “They’re under assault. You say, ‘Heterosexuality may be 95, 98 percent of the population.’ They’re under assault by the 2 to 5 percent that are homosexual.”

Mixed marriages in China a labour of love 24 October 2013Last updated at 00:23 GMT By Zoe Murphy BBC News Jocelyn and Jun have been married for nine years "From the first time I started to love a Chinese man, hiding became part of my life," says American Jocelyn Eikenburg. She had moved to Shanghai in 2003 to be with her now-husband Jun Yu. My Own Mother Tried to Scare Me Out of Being "Who I'm Supposed To Be" Note: This segment contains strong language that may not be appropriate for all audiences. Nathan Hoskins told Sally Evans the story of how his mother tried to scare him out of being gay, during a visit to StoryCorps in Lexington, Ky. StoryCorps hide caption toggle caption StoryCorps LOOK: Kawaii: The Latest Japanese Craze To Sweep Britain The look may resemble a doll that has met an unfortunate accident with a vat of LSD, but the current craze sweeping over from Japan is Kawaii. It's a mixture of Manga meets colour explosion meets doll (there's a lot of Strawberry Shortcake ruffles), and The Sun reported: Followers are flocking to conventions, pageant-style competitions and clubs across the UK to show off their style and gain inspiration from other fans. In Britain, there is an annual UK Kawaii Star of the Year competition, which takes place every July at the Hyper Japan exhibition in Earls Court, London. This year's winner is Scarlett Young who also adores "cute food". According to Wikipedia and the Urban Dictionary, "Kawaii means pretty, cute, adorable and lovable."

Same-sex Marriage is an Equality Issue “[T]he freedom to marry has long been recognized as one of the vital personal rights essential to the orderly pursuit of happiness by free men.” Loving v. Virginia, 388 U.S. at 12 (1967) Generally speaking states get to decide who can marry. For example, New Hampshire, along with eight other states and Washington, D.C., have passed laws that recognize same-sex marriage.

Five of the worst public marriage proposals When we were on holiday in Australia, my boyfriend thought up an elaborate ruse to get me to a romantic clifftop location. All of a sudden I felt a tug at my sleeve, looked around and discovered him on one knee. I was extremely hungover and on 10-second delay, so I had no idea why he was down there. He looked a bit pale and shaky so I assumed his own hangover was kicking in - until he pulled out a little white box.

Wave Of Anti-Gay Attacks in NYC NEW YORK (CBSNewYork/AP) — Concern and fear have been on the rise amid a spike in anti-gay violence in Manhattan, including a cold-blooded killing in Greenwich Village over the weekend. As CBS 2’s Dick Brennan reported Monday, the latest victim, 32-year-old Mark Carson, was shot and killed early Saturday morning by a man who first called him and his partner “f***ots” and asked if they were “gay wrestlers.” Now, the community is rallying against hate, and police are increasing patrols in some neighborhoods – in the wake of five anti-gay attacks in the past two weeks. Serious concerns raised about National School Chaplaincy Program as government reaffirms commitment to initiative The High Court has ruled in favour of a challenge to government funding of the school chaplaincy program. To access our premium content,please subscribe or log in. It's quick and easy.

Opponents of Gay Marriage Think Their Own Union Is Unshakable Opponents of same-sex marriage worry that extending the institution's rights to gay people will harm heterosexual marriages. But a new study suggests that no one really believes their own relationships are at risk — only other people's. The study is a demonstration of the "third-person perception," a common psychological bias in which people are convinced that others are much more influenced by outside sources such as media and advertising than they themselves are. In the realm of same-sex marriage, people who strongly value authority and tradition were the most likely to demonstrate this third-person effect.

When you are a famous musical artist you have the perfect platform to reach out to people. Macklemore and Ryan Lewis took advantage of their place in society to raise awareness on one of today's pressing issues through their song, Same Love. by md567310 Oct 2