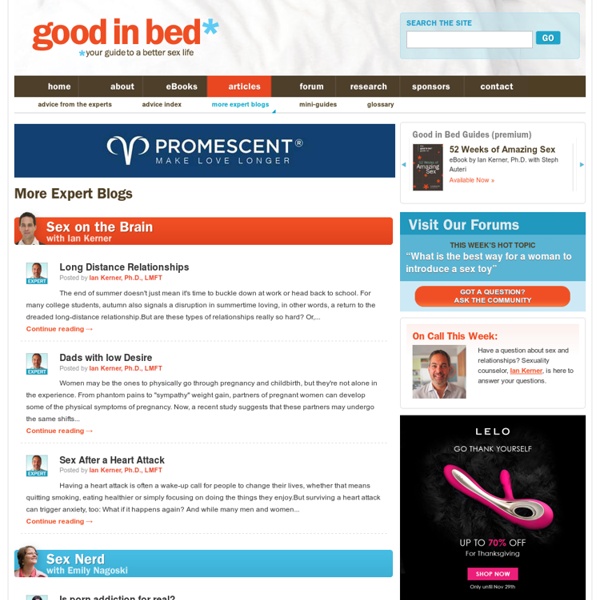 10 Blogs Entrepreneurs Need to Be Reading See the 2012 edition: 10 Must Read Blogs for Entrepreneurs (2012 Edition) #1. The Toilet Paper Entrepreneur Site: What it is: Mike Michalowicz provides entrepreneurs and small businesses with tips on everything from starting a business to networking to marketing and health care. How to Have More Control Over Your Emotions: 10 steps Edit Article Edited by Ben Rubenstein, Sondra C, Nicole Willson, Kyle and 29 others Becoming emotionless can be a very useful tactic to deal with problems that might be better handled with less heart and more brain. The following is a list of steps to take in order to remove the heart from the situation, and start using your head. Ad True Stores in ONE Sentence.... - Global One TV - StumbleUpon And that's when I looked down and realized my fake nail had somehow caught fire, and no one was around to witness it but my fish. so what? The only year I refused to go to my neighbor's Easter party was the year she dropped dead during the party.

Margaret Paul, Ph.D.: How Do I Know If He or She Is the Right Partner for Me? I often receive emails from people asking me how they can know if the person they are in relationship with is the right partner for them. They frequently say that they have made mistakes in the past, and they don't want to make a mistake again. What are the signs of a promising relationship? • You are both open to learning. Basic to a good relationship is a devotion to personal growth and learning. 100 Must See Interviews With the World's Most Successful Entrepreneurs At Under30CEO we think big. We recently published a list of our Top 50 Most Motivational People on the web and things got a little nuts. The article created incredible buzz all over the web and most importantly we fired up our audience to go out and make something happen. As young entrepreneurs it’s important that we keep swinging for the fences. Super successful investors like Ron Conway say they’d rather invest in an 18 year old Mark Zuckerberg than a 31 year old seasoned entrepreneur because the young Sean Parker types truly think the sky is the limit. At Under30CEO we’re going to carry that mentality into the interviews that we conduct on the site.

Granmas Attic ...Old Time Beauty and Health Tips Two tablespoons of sesame oil, one tablespoon olive oil, two tablespoons avocado oil, two tablespoons almond oil, 2000 IU vitamin E (D-Alpha Tocopherol), 100Thousand USP units vitamin A, a drop or two of your favorite perfume.(optional) Pour the oils into a small jar or empty bottle. Time Traveler Caught in Museum Photo? “Reopening of the South Fork Bridge after flood in Nov. 1940. 1941 (?)” It’s the short description for the photograph shown at the virtual Bralorne Pioneer Museum, from British Columbia, Canada. The image can be seen specifically on this page (scroll down to the middle), among other items of the online exhibit. Did you notice anything out of place? Mission - Surya Namaskar - Sun Salutation Surya Namaskar or the Sun Salutation is a most complete series of postures. It is a very good exercise which takes only a few minutes to do and serves as a warm up routine before the practice of yoga asanas. It is one of the best home exercises requiring little space, only eight by three feet. Be sure to have enough space to lie down, and enough clearance to stretch the arms above the head while standing. Surya namaskar consists of a sequence of twelve postures performed continuously and combined with synchronized breathing.