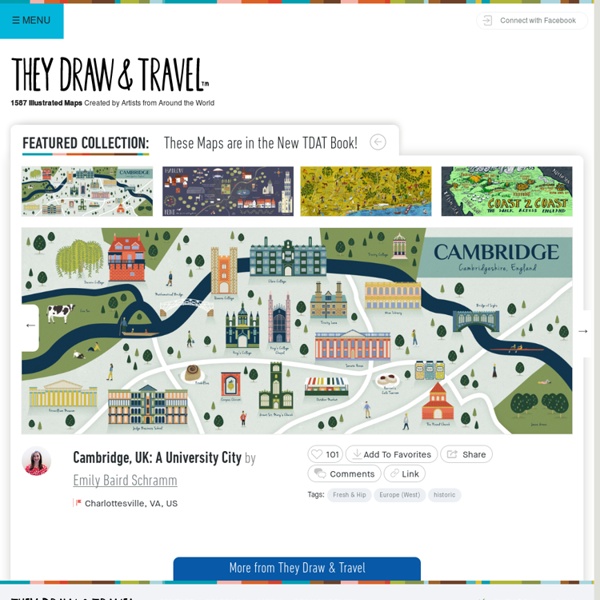 Why Queens Is The Best Borough Brooklyn may get the lion’s share of New York’s non-Manhattan glory, but Queens dwellers (including this author) know their borough is pretty damn special. What it lacks in plethoras of hipster-filled, exposed-brick cafes, artisanal charcuterie plates, and indie bookstores, it makes up for with vibrant art scenes (RIP, 5POINTZ), searing urban landscapes, and off-the-hook affordable ethnic eats that're the welcome result of living in the city’s epicenter for cultural diversity. Here're 20 reasons (most of which you can go do) why Queens is actually the best borough. NO Jersey, you're not a borough. Stop it.

45 Remarkable Food & Drink Menu Designs A menu represents your culinary skills and tells your customers what you are about. It conveys your personality, the restaurants brand and it should leave an impression on your customers that will make them want to come back often. The menu should also speak to the type experience that you want your guests to have when dining. So here are 45 brilliant examples of food & drink menu designs that got it right… List of People in Painting w/ Quick Facts & Comparison Photos - Discussing the Divine Comedy with Dante Norman Bethune A Canadian physician and medical innovator. Bethune is best known for his service in war time medical units during the Spanish Civil War and with the People's Liberation Army during the Second Sino-Japanese War. He developed the first mobile blood-transfusion service in Spain in 1936. A Communist, he wrote that wars were motivated by profits, not principles. Thanks to comments from viewers I think this is Norman Bethune and not Jonas Salk.

Can I Put Together a Backpacking Kit for $350 or Less? Explore the backcountry with gear that won't break the bank. Photo: Olga_Danylenko/Getty Images A:The short answer is yes, but you’re going to have to steer clear of items with any bells and whistles.

The Amazing Arthur Tress Shares His Dark, Surreal Photographs From The 1970s: Gothamist fullscreen Child Buried in Sand, Coney Island, 1968(Photo by Arthur Tress) Ever dream of being buried alive under the sands in Coney Island? In the 1960s, one child did, and photographer Arthur Tress brought his nightmare to life. California holidays. Visit California on a USA tour with Intrepid Travel Entrance requirements to the USA have changed in recent years so please read the following instructions carefully, even if you have travelled to the USA before. Many countries now operate under a visa waiver program (meaning a visa isn't required) however you still need to obtain an authorisation which confirms that you have been approved to travel. This authorisation must be obtained in advance of travel. Many citizens from Visa Waiver Program countries can travel to the USA without a visa for a 90 day stay, if they meet certain requirements. Travellers from all Visa Waiver Program countries must present a machine-readable passport (which meets US requirements) at the port of entry to enter without a visa, otherwise a US visa is required. Canada doesn't require a visa for many foreign nationals however you should check to see if this applies to your country.

Intersections: An Ornately Carved Wood Cube Projects Shadows onto Gallery Walls Intersections, 2013. 6.5′ Cube, projected Shadows: 35′ x 32′. Created by mixed media artist Anila Quayyum Agha, this elaborately carved cube with an embedded light source projects a dazzling pattern of shadows onto the surrounding gallery walls. Titled Intersections, the installation is made from large panels of laser-cut wood meant to emulate the geometrical patters found in Islamic sacred spaces. Agha shares: The Intersections project takes the seminal experience of exclusion as a woman from a space of community and creativity such as a Mosque and translates the complex expressions of both wonder and exclusion that have been my experience while growing up in Pakistan.

biography Track and Field Athlete (1986–) Usain Bolt became the first man in Olympic history to win both the 100-meter and 200-meter races in world record times in 2008. Four years later, at the London Olympics, he became the first man to win gold medals in both the 100 and 200 at consecutive Olympic Games and the first man in history to set three world records in a single Olympic Games competition. Thief, Organized Crime (1903–1934) John Dillinger was an infamous gangster and bank robber during the Great Depression, and was know as "Jackrabbit" and "Public Enemy No. 1." Bassist, Singer, Musician (1984–)

Lonely Planet's top 10 best value stays for 2014 Amazing experiences aren’t reserved for unlimited budgets. These characterful places to stay around the world offer comfort and charm in superlative settings - all of them are well under US$100 per night, and plenty have dorm beds for only a few dollars. Here are our top 10 wallet-friendly hotels and hostels for 2014. 1. The Backpack, Cape Town, South Africa A warm welcome in the airy surrounds of Cape Town's The Backpack.