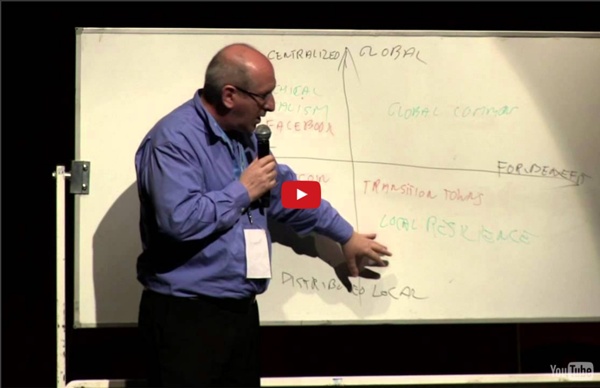 AIIB Aims to Build a Green Future People watched closely when China launched the Asian Infrastructure Investment Bank (AIIB) last year. The new multilateral development bank boasted an initial capital of $100 billion, a founding membership of 57 countries (with 24 more waiting to join end of this year), and a mandate to be “lean, clean and green.” After its first annual general meeting and seminars this week, it appears that the AIIB is starting to move in a positive direction. I attended the recent meetings, where I listened to senior bank officials talking about the new bank’s ambition for infrastructure investment. The RBE10K Project - The Crowdsourced Resource-Based Economy Knowledgebase RBE10K (R-B-E-10-1000 or /ˈɑrˈbiːˈiː/ /ˈtɛnˈθaʊzənd/) is a minimalist (simple living) or eco-communalist experiment project seeking to implement the a basic Resource-Based Economic Model (RBEM) system. The experiment is being planned and prepared through this Wiki and other tools since 1st January 2013, and will run for two years, 2015-2016, involving 10,000 volunteers in a yet to-be-determined location, with a main objective of trialling a real world RBEM, i.e. a social arrangement engineered to satisfy premises of sustainability, equality, liberty, health, and access to the necessities of life without using money, trade, or authority or privilege systems. This wiki is a work in progress, and it is currently in very early stages of development, with little information and almost no planning started. For more information see the Frequently Answered Questions page. [edit] Objectives of the RBE10K Project

Collared or Untied: Reflections on Work in American Culture 1.Fred Armisen opened the first season of the TV show Portlandia singing “The Dream of the 90s is Alive in Portland,” a dream of pierced, tattooed folks hanging out, hot girls wearing glasses and putting images of birds on everything, and grown-ups making a living making coffee. He asks Carrie Brownstein if she remembers the ’90s, when people were unambitious and “they had no occupations whatsoever.” “I thought that died out a long time ago,” she says, wonderingly, before she leaves L.A. to join Armisen’s ragged troupe of relaxed and minimally-employed folks dedicated to the art of skateboarding. The context missing from this hilarious send-up is that Portland experienced a decade-long recession in the early years of the 2000s, and didn’t bounce back from it until the last couple of years. The ’90s, like the ’80s before them, were a decade of company mergers and the birth of bigger, leaner, and meaner mega-corporations.

The Argument For Worker-Owned Tech Collectives ⚙ Co For all the tales of gilded startup parties and billion-dollar valuations, tech workers are often the most overworked, misunderstood and undervalued employees. Others struggle as freelancers or attempt to launch their own businesses. In the face of all that hardship, developers like me are turning more and more to collectives. I’ve been a part of the cooperative movement for eight years. Putting A Computer In Your Brain Is No Longer Science Fiction Like many in Silicon Valley, technology entrepreneur Bryan Johnson sees a future in which intelligent machines can do things like drive cars on their own and anticipate our needs before we ask. What’s uncommon is how Johnson wants to respond: find a way to supercharge the human brain so that we can keep up with the machines. From an unassuming office in Venice Beach, his science-fiction-meets-science start-up, Kernel, is building a tiny chip that can be implanted in the brain to help people suffering from neurological damage caused by strokes, Alzheimer’s or concussions. Top neuroscientists who are building the chip — they call it a neuroprosthetic — hope that in the longer term, it will be able to boost intelligence, memory and other cognitive tasks. The medical device is years in the making, Johnson acknowledges, but he can afford the time.

One Community Partners ~ Working Together for a Better Future One Community seeks to create and strengthen win-win relationships with other forward-thinking people and organizations throughout the world. Our purpose is to work with those who agree with our four-phase global change strategy and desire to help us in our mission to demonstrate and open source free-share all that we do to provide non-profit leadership and a blueprint for global living for The Highest Good of All . The like-minded individuals and organizations below are the people we are working with now, and will proudly refer everyone to in the future, as our model continues to evolve and expand globally .

Tags - Archives Open sourceSharing Art of creation, making and sharing ideas with Jens Dyvik On 16 April 2014 by Narmada Ramakrishna Collaborative decision-makingLoomioOccupy "It’s time to massively distribute access to decision-making" - An interview with Ben Knight (Loomio) On 15 April 2014 by Arthur de Grave The Internet is an unprecedented tool for discussion, but there is still one thing at which it is incredibly bad: enabling collaborative decision-making. THE FINANCIAL PHILOSOPHER: Foundations vs 'Castles in the Air' "I learned this, at least, by my experiment: that if one advances confidently in the direction of his dreams, and endeavors to live the life which he has imagined, he will meet with a success unexpected in common hours. He will put some things behind, will pass an invisible boundary; new, universal, and more liberal laws will begin to establish themselves around and within him; or the old laws be expanded, and interpreted in his favor in a more liberal sense, and he will live with the license of a higher order of beings. In proportion as he simplifies his life, the laws of the universe will appear less complex, and solitude will not be solitude, nor poverty poverty, nor weakness weakness. If you have built castles in the air, your work need not be lost; that is where they should be. Now put the foundations under them."

Science Translational Medicine Authors Abstract The complex pathology of consortium fatigue provides diagnostic data on how to improve collaboration in biomedical innovation. Biomedical innovation is complex, expensive, and risky, and emerging science and technology have created tantalizingly high expectations. Converting innovation into health value in a timely, cost-effective, and sustainable manner requires a capacity for collaboration across disciplines, organizations, and nations. As we move forward with plans for major new multistakeholder initiatives, these alliances need to be evaluated with—and informed by—the same degree of rigor as other critical enablers of translational science, creating a timely opportunity for the advent of a new discipline focused on the science of collaboration.