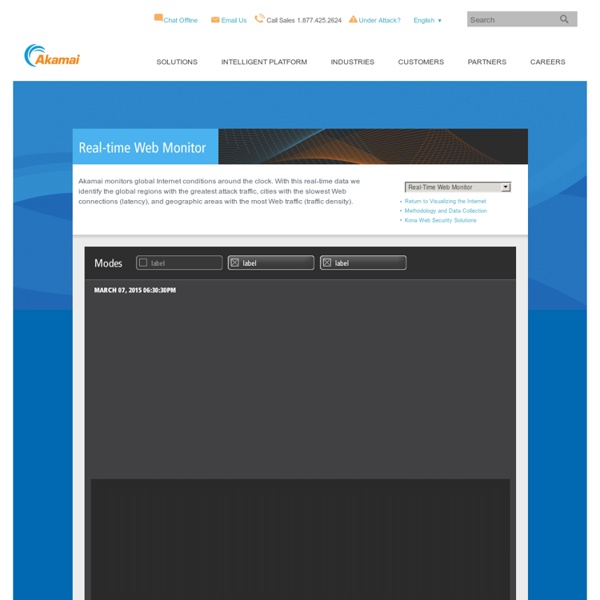 Chernobyl 25 Years Later Part 2 Tomorrow is the 25th anniversary of the nuclear disaster that is Chernobyl. 25 Years ago, on April 26th 1986, reactor number 4 at the CVhernobyl nuclear power plant suffered a massive power surge which resulted into explosions in it’s core and the release of radioactive materials into the atmosphere. It is generally classified as the worst nuclear disaster to have ever happened, but with a bit of bad luck it might lose it’s crown to the current nuclear disaster in Fukushima, Japan. The area around Chernobyl was evacuated and has been untouched for the last 25 years, Late 2010 we posted a series of very impressive images taken by David Schindler. Today’s images come from David’s travelling buddy Alexander Kamenski, who visited the Chernobyl site together with David. A completely different style of photography, but just as impressive and effective in showing us the life and times of a ghost town with a nuclear (disaster) history. Read more.

Twitter is a Teacher Superpower! “We all know that education budgets are getting cut more and more, and that meaningful professional development opportunities have unfortunately become a bit of an oxymoron in education. Not only can being a “connected educator” help change that, but it can also provide you with ongoing inspiration and support. I’d even go as far to argue that being connected will be the most impactful thing you can do in your career.” Elana Leoni, blogger for Edutopia. I will even go far enough to say that becoming a connected educator is a Teacher Superpower! While I can come up with pretty new and innovative ideas while planning inside my classroom, I can gain so much more from sharing my ideas, collecting ideas on Twitter (known jokingly as #ideabandits), and connecting with other educators to collaborate about even more inspiring ideas.

Managing Brand Backers and Haters By Mike Lewis Wed, May 12 2010 7:18 am | Comments In action sports, the majority of the product being sold is by marketing companies pushing a brand. Whether it be the manufacturer or the retailer, we’re all eternally striving to build brand loyalty. The internet opens up incredible opportunities to help in this effort, but it also provides an avenue for haters and competitors to detract from the message and bring a brand and a brother down. Karen Klein, Business Week’s Smart Answers columnist, recently sat down with B.J. Bueno, founder and managing partner of The Cult Branding Company, whose clients include Kohl’s and the LA Lakers, to discuss disciplined brand management in the digital age, employee buy-in, and low cost strategies for start ups and small businesses.

Web traffic Some companies offer advertising schemes that, in return for increased web traffic (visitors), pay for screen space on the site. Sites also often aim to increase their web traffic through inclusion on search engines and through search engine optimization. Analyzing web traffic[edit] Web analytics is the measurement of the behavior of visitors to a website. In a commercial context, it especially refers to the measurement of which aspects of the website work towards the business objectives of Internet marketing initiatives; for example, which landing pages encourage people to make a purchase.

About Twingly Twingly is a data mining company from Linköping that was founded in 2006. We focus on indexing blogs and strive towards the best coverage, quality and support of mainly European languages. Today we are indexing about 55M blogs from all over the world. Chernobyl 25 Years Later 25 Years ago Chernobyl was headline news. On April 26th 1986 at 1:23 A.M. reactor number four at the Chernobyl nuclear power plant, near the town of Pripyat, ruptured a vessel during several extreme power spikes. Several explosions followed and these caused the graphite moderator components of the reactor to be exposed to air, setting them on fire. Open Directory Project DMOZ (from directory.mozilla.org, its original domain name), is a multilingual open content directory of World Wide Web links. The site and community who maintain it are also known as the Open Directory Project (ODP). It is owned by AOL but it is constructed and maintained by a community of volunteer editors. Project information[edit] The Gnuhoo directory went live on June 5, 1998.

Hot Pepper Blog - Anything and Everything About Hot Chile Peppers Way back in 1989 a chile farmer, Frank Garcia, found a mutant plant of red habaneros in his field of orange habaneros. At the time he did not take much notice of the anomaly other than it was very different in color. So he plucked the plant up and tossed it on his tractor then forgot about it for a while. As it turned out this strange plant would be the start of something new, the Red Savaina Habanero. Dr.Web - innovation anti-virus security technologies. Comprehensive protection from Internet threats. 10.04 Downloader Trojans generate profit for "mobile" cybercriminals April 10, 2014 New Trojan downloaders acquired by Doctor Web's virus analysts once again confirm that criminals are getting increasingly interested in such malicious tools. Doctor Web specialists have discovered new malicious applications spread with the aid of a dropper program that has entered the virus database as .origin.

Fidg't: Your Social Networking Address Book Explore your network with the Fidg't Visualizer* The Fidg't Visualizer allows you to play around with your network. You interface with the Visualizer through Flickr and LastFM tags, using any tag to create a Magnet. Once a Tag Magnet is created, members of the network will gravitate towards it if they have photos or music with that same Tag. This simple mechanic lets you visualize your Network in a unique way, demonstrating its Predisposition towards certain things. What is more popular amongst people in your Network - rock or electronic music?

The Freenet Project - /whatis "I worry about my child and the Internet all the time, even though she's too young to have logged on yet. Here's what I worry about. I worry that 10 or 15 years from now, she will come to me and say 'Daddy, where were you when they took freedom of the press away from the Internet?'" --Mike Godwin, Electronic Frontier Foundation Freenet is free software which lets you anonymously share files, browse and publish "freesites" (web sites accessible only through Freenet) and chat on forums, without fear of censorship. Freenet is decentralised to make it less vulnerable to attack, and if used in "darknet" mode, where users only connect to their friends, is very difficult to detect.

Mango ceviche recipe This recipe for mango ceviche is prepared with mangoes, lime juice, ketchup, pickled onions, cilantro and hot peppers. Where’s the fish? This is the first thing I was asked when my husband Nicolas and others tasted this ceviche for the first time. However, this ceviche doesn’t have fish. In fact you can make ceviche with just about anything you want: mushrooms, chicken, broccoli, etc.