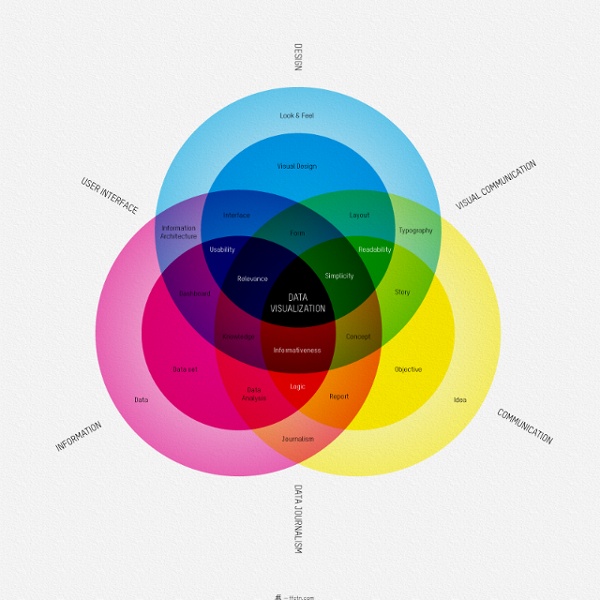 Journalism Needs Data in 21st Century Journalism has always been about reporting facts and assertions and making sense of world affairs. No news there. But as we move further into the 21st century, we will have to increasingly rely on "data" to feed our stories, to the point that "data-driven reporting" becomes second nature to journalists. The shift from facts to data is subtle and makes perfect sense. With this mindset, finding mainstream data-driven stories doesn't take long at all. There is nothing new about pointing out the importance of public data being made available. Thus far, this has made a lot of sense to me, and I have been tracking the publication of linked data and increasing access to public knowledge as emerging trends over at Talis. First, there was data.gov and President Obama's call for more access to government data. Then about a month ago, UK Prime Minister Gordon Brown made it part of his digital strategy to prioritize the publication of government information.

Understand uncertainty: probabilities Probabilities and statistics: they are everywhere, but they are hard to understand and can be counter-intuitive. So what's the best way of communicating them to an audience that doesn't have the time, desire, or background to get stuck into the numbers? Ian Short explores modern visualisation techniques and finds that the right picture really can be worth a thousand words. Visualising probabilities: an example What is the probability that a woman who tests positive for breast cancer actually has breast cancer? Figure 1: A tree diagram describing the outcomes of a mammography test. A tree diagram, such as figure 1, can help answer this question. Why visualise probabilities? Visualisations like the graph in figure 1 can enliven information, grab people's attention, inspire, and influence. The complex set of probabilities in the mammography test question is explained simply and attractively in figure 1, which guides you through the logic necessary to dissect the problem. What not to do

Data science We’ve all heard it: according to Hal Varian, statistics is the next sexy job. Five years ago, in What is Web 2.0, Tim O’Reilly said that “data is the next Intel Inside.” But what does that statement mean? Why do we suddenly care about statistics and about data? In this post, I examine the many sides of data science — the technologies, the companies and the unique skill sets. The web is full of “data-driven apps.” One of the earlier data products on the Web was the CDDB database. Google is a master at creating data products. Google’s breakthrough was realizing that a search engine could use input other than the text on the page. Flu trends Google was able to spot trends in the Swine Flu epidemic roughly two weeks before the Center for Disease Control by analyzing searches that people were making in different regions of the country. Google isn’t the only company that knows how to use data. In the last few years, there has been an explosion in the amount of data that’s available.

Going from “get it done” to “getting it done right” Mindjet Connect + Cohuman: Vision and Action for Getting Work Done Right The enterprise has changed. I’m not talking about compared to 10 years ago—everyone knows that. Today’s modern business is in a constant state of flux that seems to change every few months. What works today in communications, business, and technology probably won’t work tomorrow. And the changes keep changing! Most organizations haven’t adapted to this new reality. “Get it done” mentality leaves no time for collaboration. It’s a process failure that stems from rigid embedded business practices, lack of accountability to business drivers, and lack of alignment between individual action and organizational goals. Technologies that try to aid collaboration haven’t been adaptable to teams that need to create a new vision. Connect your team’s vision to action. Where’s the new stuff? In Mindjet Connect’s mapping view, you’ll notice a new button in the Tools section called “Send to Cohuman.” Here’s how. But that’s not all.

How to be a data journalist Data journalism is huge. I don't mean 'huge' as in fashionable - although it has become that in recent months - but 'huge' as in 'incomprehensibly enormous'. It represents the convergence of a number of fields which are significant in their own right - from investigative research and statistics to design and programming. The idea of combining those skills to tell important stories is powerful - but also intimidating. Who can do all that? The reality is that almost no one is doing all of that, but there are enough different parts of the puzzle for people to easily get involved in, and go from there. 1. 'Finding data' can involve anything from having expert knowledge and contacts to being able to use computer assisted reporting skills or, for some, specific technical skills such as MySQL or Python to gather the data for you. 2. 3. 4. Tools such as ManyEyes for visualisation, and Yahoo! How to begin? So where does a budding data journalist start? Play around. And you know what?

Simple thoughts about fair use Copyright is not an absolute. Potato chips are absolute. If this is my potato chip, then it's not yours. You can't touch it, eat it or use it for any reason whatsoever, not without asking first. Copyright doesn't work that way. There is a yin to the yang of copyright protection, and it's called Fair Use. Without fair use, it would be impossible to write a negative book review, or compare Shakespeare to the Simpsons. Most web users should know a few simple guidelines, principles so simple that you can generally assume them to be rules. You don't need to ask someone's permission to include a link to their site.You don't need to ask permission to include a screen shot of a website in a directory, comment on that site or parody it.You can quote hundreds of words from a book (for an article or book or on your website) without worrying about it and you certainly don't need a signed release from the original author or publisher. There's a difference between being polite and observing the law.

Immersive games beats classroom in maths Well designed studyThe tested a hypothesis; that interactive maths games are more effective than classroom instruction. This was a well constructed study; The Effects of Modern Math Computer Games on Learners' Math Achievement and Math Course Motivation in a Public High School Setting, MansurehKebritchi, Ph.D., AtsusiHirumi, Ph.D. and HaiyanBai, Ph.D. They took 193 algebra students, control groups and then did evaluation through pre- and post-study assessments, surveys, classroom observations and interviews. They used an immersive video game world that engages students in the instruction and learning of mathematics. Gamers do better at mathsStudents who played the math video games scored significantly higher on the district-wide math benchmark exam, F (1, 188) = 6.93, p < .05, and on the math performance test generated by the publisher, F (1, 188) = 8.37, p <.05, than students who did not play the games.

The State of InfoVis 2012 Another year has come and gone, and many exciting things have happened in information visualization. Here is a look back at some interesting events from last year, as well as what I expect for 2012 and the next few years. 2011: What Was The launch of Protovis was a big deal in 2010, but it was bettered by D3 last year. In my last State of Information Visualization, I expressed my hopes that IE9 would be adopted quickly by businesses, which would make it easier for visualization projects to rely on HTML5 rather than Flash. Data journalism keeps getting attention in visualization. That is also what got me excited about the launch of Visual.ly. On a more academic subject, we saw some great visualization work in bioinformatics at the new BioVis Symposium at VisWeek. Another topic that seems to be heating up is graphs. 2012: What Will Be The big deal in 2012 will be visualization in data journalism. If you don’t believe that data journalism will be big in 2012, I have one word for you: U.S.

Education Eye - Mapping Innovations About Education Eye Futurelab's Education Eye brings you a wide range of exciting, relevant and useful innovations which are selected from the best of the web and updated daily. The Eye provides a way to discover, explore and share new ideas. It maps hundreds of the top educational websites, blogs, forums and practitioner case studies. Visit the links below to find out more about Education Eye: Many thanks to Becta and Futurelab's design and development team for supporting and working hard on the Eye. Tour of features The Education Eye key features include A searchable, browsable space which leads you to discover new and exciting innovations tailored to the education industry and brought together in one easy-to-use location. Try the 'More like this' suggestions to discover similar innovations that you will likely find interesting. View Futurelab's favourites to see what we like, or see what other people are interested in using the 'most shared' search feature. Back to Top Back to top Terms of use