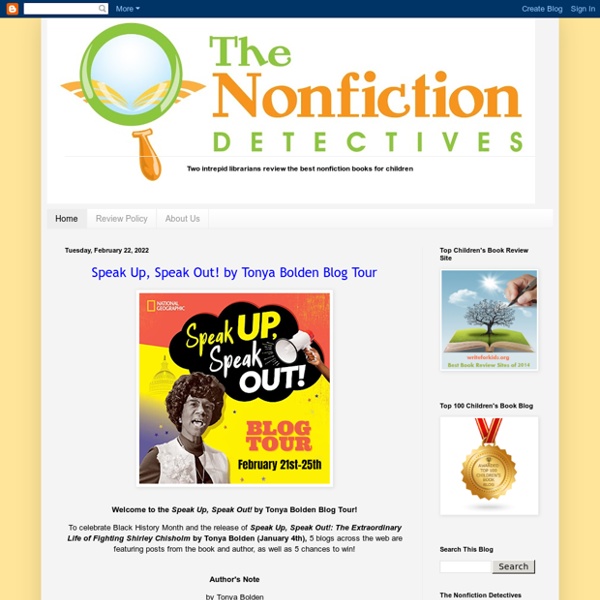 American Indians in Children's Literature (AICL) Blog — Kid Lit Frenzy Bound by Ice: A True North Pole Survival Storyby Sandra Neil Wallace and Rich WallaceCalkins Creek/Boyds Mills Press (September 19, 2017) Description from GoodReads: In the years following the Civil War, -Arctic fever- gripped the American public, fueled by myths of a fertile, tropical sea at the top of the world. Several explorers attempted to find a route to the North Pole, but none succeeded. Thank you Calkins Creek and Sandra Neil Wallace and Rich Wallace for the interview about your newest book. SANDRA: I’m drawn to stories about people who break barriers and become change-makers, and they often risk their lives for what they believe in—in this case, advancing humanity through science and discovery. RICH: I’ve always been fascinated by polar-survival-type stories--the Jack London genre. HOW DO YOU THINK KIDS OF 2017 WILL RELATE TO EVENTS IN THE BOOK FROM THE 1800s? RICH: Who hasn’t been cold, wet, exhausted, and hungry? For some of the Jeannette explorers, the answer was “yes.”

Book Reviews | VOYA Ms. Yingling Reads Nonfiction Monday – Rounding up the best nonfiction for children and teens At Wrapped in Foil blog today we are highlighting Plants on the Move by Émilie Vast . There are many children’s books about plant and seed movement, but this one is certainly unique. In a lot of ways it is from a plant’s viewpoint. As the blurb on the back says: Have you ever bent down to take a closer look, perhaps thinking that we don’t ever go anywhere? The text is well-organized and informative. The Illustrations are otherworldly and mesmerizing. Plants on the Move is a fantastic resource. Be sure to visit Wrapped in Foil blog for activity suggestions and more information. Copyright © 2021 Roberta Gibson All Rights Reserved.

Blog - Pat Mora Sor Juana Inés de la Cruz was a 17th century nun who devoted her life to writing and learning and words. Though she died in 1695, Sor Juana Inés is still considered one of the most brilliant writers in Mexico’s history: her poetry is recited by schoolchildren throughout Mexico and is studied at schools and universities around the world. Original cover Pat’s story about the life of Sor Juana, A Library for Juana: The World of Sor Juana Inés, was first published in 2002, with illustrations by Beatriz Vidal, and won the Tomás Rivera Mexican American Children’s Book Award from Southwest Texas State University. Here’s what the review journals had to say about the book: “Mora’s beautifully crafted text does credit to its subject, following her from birth to death…an exceptional introduction to an exceptional woman, and would enhance any collection.” 2019 cover Briefly out of print, it has been reissued in both English and Spanish editions by Lee & Low Books with a new cover! You rose on your words,

amazon Finalists for 2019 Young Adult Science Book Award Announced — AAAS/Subaru Prize for Excellence in Science Books Built: The Hidden Stories Behind Our Structures, by Roma Agrawal. Bloomsbury. 2018.Built is an informative, entertaining, well-organized, and easily understandable journey through the history of a variety of engineering projects from around the world. It’s all of this as well as an engaging and inspirational personal encounter with an articulate woman structural engineer.Chasing New Horizons: Inside the Epic First Mission to Pluto, by Alan Stern and David Grinspoon. Picador. 2018.Chasing New Horizons is the story of the men and women behind the Pluto mission: of their decades-long commitment and persistence; of the political fights within and outside of NASA; of the sheer human ingenuity it took to design, build, and fly the mission; and of the plans for New Horizons’ next encounter, 1 billion miles past Pluto in 2019.Rocket Men: The Daring Odyssey of Apollo 8 and the Astronauts Who Made Man's First Journey to the Moon, by Robert Kurson.