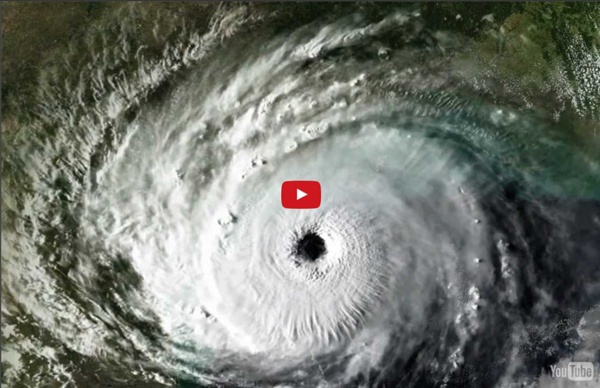 COULD ICELAND LEAD THE WAY TO A MONEYLESS ECONOMY? Iceland could become the world’s first moneyless economy according to Irishman Colin Turner, founder of the Free World Charter (FWC), who has started a campaign to promote the idea of a resource based economy on the North Atlantic island. Colin, who founded the FWC in 2011 and has already attracted almost 50,000 signatories from over 200 nations, believes that the self-sufficient nature of the Icelandic economy would make it a perfect candidate for a radical shift away from traditional capitalism. The campaign is already garnering support from prominent Icelandic individuals and organisations as Colin explained: “So why Iceland? It’s an island that could easily become fully self-sufficient in terms of energy and food. There’s also a high degree of political and economic awareness and debate especially after events in recent years that have affected the global economy.” “It’s not just about money of course.

The End of the Capitalist Era, and What Comes Next  The capitalist era is passing... not quickly, but inevitably. A new economic paradigm — the Collaborative Commons — is rising in its wake that will transform our way of life. We are already witnessing the emergence of a hybrid economy, part capitalist market and part Collaborative Commons. The two economic systems often work in tandem and sometimes compete. They are finding synergies along each other’s perimeters, where they can add value to one another, while benefiting themselves.

The War on Kids (2009 THE WAR ON KIDS is a 95 minute documentary that shows how American public schools continue to become more dangerously authoritarian. In addition to failing in their mission to educate effectively, they erode the country's democratic foundation and often resemble prisons. School children are interviewed as are high school teachers and administrators, as well as prison security guards, plus renowned educators and authors including: Henry Giroux: Author of Stealing Innocence Corporate Culture's War on Children Mike A. Males: Sociologist, author of Scapegoat Generation John Gatto: New York City and New York State Teacher of the Year Judith Browne: Associate Director of the Advancement Project Dan Losen: The Civil Rights Project, Harvard University Dr. Peter Breggin: author, TOXIC PSYCHIATRY, TALKING BACK TO PROZAC

From Sharing Economy To Gift Ecology Couple weeks back, Sam and I spoke at a local gathering in Oakland. In casual conversation, the convener of our circle, Syra tells us: "I love that so many people are talking about sharing. See, I'm always campaigning for it," handing us a card for local sharing event. "But you know, I tried to get into this sharing conference, and it was 500 bucks! Doesn’t that just feel wrong? Most of us can’t afford that kind of sharing."

What Would Happen If We Just Gave People Money? Daniel Straub remembers the night he got hooked on basic income. He had invited Götz Werner, a billionaire owner of a German drugstore chain, to give an independent talk in Zurich, where Straub was working as a project manager for a think tank. He had read an article about the radical proposal to unconditionally guarantee citizens an income and spent a few years casually researching the idea. Straub had heard Werner was a good speaker on the topic, and that night in 2009 he was indeed excellent at connecting with the audience, a sold-out house of 200. “It was a very intense evening; people were paying attention,” Straub recalled.

Power from the People (2002 Should it be a crime for people to share their renewable energy with others? From an Iowa farmer to a California solar guerrilla, these people have clean power to share--if only their utility companies would let them. Power From The People is about the fight to distribute homemade renewable energy over the nation"s power grid.

5 US Cities Begin Building Cooperative Economies Top image: Jacksonville, Florida. Credit: Krazy Diamnd. Article cross-posted from Community-Wealth.org. The past few weeks have seen a flurry of impressive activity at the level of city government, all around policies designed to build community wealth and encourage the growth of cooperative local economies. It's encouraging to see that the work of grassroots developers, local foundations, community activists, and field builders is beginning to gain a foothold in the world of municipal policy. While certainly many of the models that have currently proven themselves on the ground have done so with the invaluable support and close cooperation of local policymakers, what's new and exciting in 2014 is the way an increasing number of city governments are stepping into leadership roles and catalyzing new projects and initiatives.

What would society look like with universal basic income? What would you do if somebody gave you a few hundred pounds each month to spend on whatever you wanted? Would you quit your job? Retrain and look for a better one? The Untouchables January 22, 2013 FRONTLINE investigates why Wall Street’s leaders have escaped prosecution for any fraud related to the sale of bad mortgages. Is SEC “Fearful” of Wall Street? Agency Insider Says Yes