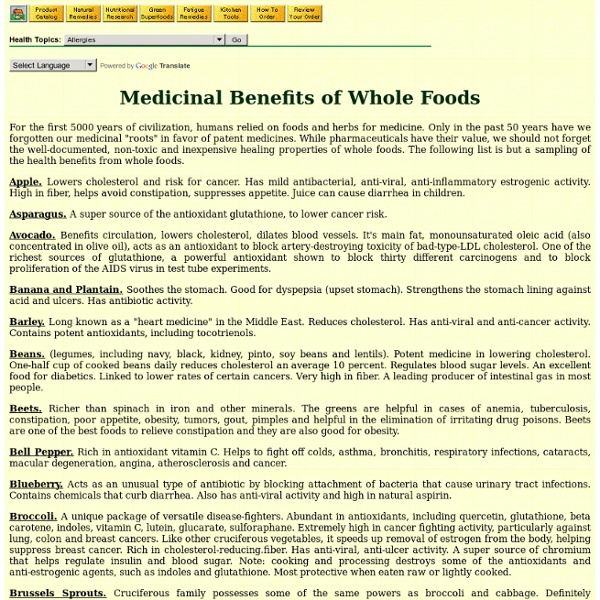 How to Attack Viruses with Herbs, Spices and Food" This time of year traditionally offers many things for me to look forward to—voting booths, Superbowl parties, Fall foliage, a break from hot temperatures, a colorful and delicious pallet of root vegetables, warm casseroles and stews, spooky costumes, and plenty of holiday cheer and gratitude. But among all things I love so much during Fall and Winter months, there is also the presence of something I do not covet as dearly—the perpetual sneezing, runny nose fluid, swollen throat, and painful cough often associated with the common cold. But did you know that the common cold or the flu cannot be cured or prevented by antibiotics, because it's a virus? And on the topic of generous antibiotic intake, I'm sure you've heard the numerous reports on the alarming amounts of antibiotics and prescription drugs polluting drinking water across the country. So, as we all enter a new sniffle season, let's take it easy on our immune systems and our drinking water!

The Secret Ingredient In Your Orange Juice Do you buy orange juice at the store? If you do, I’m sure you’re careful to buy the kind that’s 100% juice and not made from concentrate. After all, that’s the healthier kind, right? The more natural kind? The kind without any additives? The kind that’s sold in the refrigerator section so it must be almost as good as fresh-squeezed orange juice? If I’m describing you, then you’re either going to hate me or love me by the time you’re done reading this post. Haven’t you ever wondered why every glass of Tropicana Pure Premium orange juice tastes the same, no matter where in the world you buy it or what time of year you’re drinking it in? Generally speaking, beverages that taste consistently the same follow recipes. The reason your store bought orange juice is so consistently flavorful has more to do with chemistry than nature. Making OJ should be pretty simple. In fact, it’s quite flavorless. When the juice is stripped of oxygen it is also stripped of flavor providing chemicals.

Alternative Medicine Solutions: Spice Up your Life Cinnamon This spice which is considered to perform detoxification to the organism and stimulate brain function, has antiseptic properties that have proved like most effective for urinary tract infections. Also contains components that have calming properties and are also useful for reducing pain. Besides that through his beautiful taste its improving your mood, cinnamon also protects the blood vessels and contributes to improve circulation. Rosemary Rosemary is known for various things,it can increase memory and thinking ability. Garlic Garlic is one of the most used plants as medicine in traditional medicine. Oregano The oregano has the highest level of antioxidant activity, compared with the other fresh herbs used in the kitchen. Chili Pepper Has anti-inflammatory and antioxidant effects and is thought that can reduce the risk of some cancers. Parsley Parsley is rich with vitamins and minerals, especially vitamin A and C. Ginger Mint Curry Basil

Led Scientists Find Antibodies that Prevent Most HIV Strains from Infecting Human Cells Scientists have discovered two potent human antibodies that can stop more than 90 percent of known global HIV strains from infecting human cells in the laboratory, and have demonstrated how one of these disease-fighting proteins accomplishes this feat. According to the scientists, these antibodies could be used to design improved HIV vaccines, or could be further developed to prevent or treat HIV infection. Moreover, the method used to find these antibodies could be applied to isolate therapeutic antibodies for other infectious diseases as well. “The discovery of these exceptionally broadly neutralizing antibodies to HIV and the structural analysis that explains how they work are exciting advances that will accelerate our efforts to find a preventive HIV vaccine for global use,” says Anthony S. Fauci, M.D., director of the National Institute of Allergy and Infectious Diseases (NIAID), National Institutes of Health. NIAID scientists Peter D.

Wondering About a Vegan Diet? (Infographic) Want to know how to be healthy and cruelty-free? No worries—eating vegan is easy! Get all your answers and more with PETA’s “Wondering About a Vegan Diet?” infographic, and don’t forget to share this infographic on Facebook. Are you ready to eat healthy? Embed “Wondering About a Vegan Diet?” <a href=” src=” width=”720″ border=”0″><p>Wondering About a Vegan Diet? What Do Specific Foods Do? | Taking Charge of Your Health Let thy food be thy medicine and thy medicine be thy food. - Hippocrates (460-377 BC) You need only to view the movie Super Size Me to understand how foods impact the body. In the movie, the director Morgan Spurlock chronicles the adverse health outcomes he experienced from eating nothing but fast food for several weeks. He not only gained weight, he experienced alarming metabolic changes that put him at risk for heart disease, diabetes, and hypertension. Spurlock was eating foods that gave his body the wrong messages. Morgan Spurlock is an example of what happens when food is broken down into nutrients, which then impact the metabolic programming of cells and the homeostasis (balance) in the body. What's in this section? This section looks at how food influences the maintenance of health and the prevention, alleviation, or cure of disease. After a quick consideration of the role of genes, we look at the role of some categories of foods: How do nutrients interact with genes? Examples

Top 8 Supplements to Boost Your Pineal Gland Function Anna Hunt, Staff WriterWaking Times The pineal gland, an endocrine gland located in the brain, is said to be the seat of the soul. Also referred to as the Third Eye, this small gland is believed to be involved in reaching higher levels of consciousness, acting as a gateway to dimensions beyond our brain-created reality. To learn more about the pineal gland, see: What is the Pineal Gland? For the people that seek to fully activate their spiritual potential and tap into the power of the pineal gland, one must begin by strengthening its function though detoxification and proper nutrition. Below is a list, in no particular order, of 8 supplements that will boost your pineal gland function, help in its decalcification, and support you on your journey of personal and spiritual cultivation. 1. The pineal gland already produces the hormone melatonin, which affects the body’s circadian rhythms of waking and sleeping. Recommended products: NOW Foods Melatonin 5mg Vcaps Natrol Liquid Melatonin 2. 3.

What Should I Eat? Using Harvard’s Healthy Eating Plate as a guide, we recommend eating mostly vegetables, fruit, and whole grains, healthy fats, and healthy proteins. We suggest drinking water instead of sugary beverages, and we also address common dietary concerns such as salt and sodium, vitamins, and alcohol. It’s also important to stay active and maintain a healthy weight. The main message: Focus on diet quality The type of carbohydrate in the diet is more important than the amount of carbohydrate in the diet, because some sources of carbohydrate—like vegetables (other than potatoes), fruits, whole grains, and beans—are healthier than others.The Healthy Eating Plate also advises consumers to avoid sugary beverages, a major source of calories—usually with little nutritional value—in the American diet.The Healthy Eating Plate encourages consumers to use healthy oils, and it does not set a maximum on the percentage of calories people should get each day from healthy sources of fat. Want to learn more?

PMS? No Problem. Top 9 Foods that Ease Aunt Flo’s Monthly Visit Back in the day—like, in pre-modern times—women used to go to menstruation huts, where during their periods, they were separated from the the rest of the community. In some cultures it was done out of fear, in others it was done out of respect, either way, fast forward to today and we get no said huts. No, during this time in history we have to interact with everyone regardless of the cramps, the bloating, the irritability that can occur. For Cramps: Try Cinnamon. This has anti-inflammatory and antispasmodic properties that relieve cramps. For Mood Swings: Try Watercress. Dark leafy greens are loaded with calcium, which has been shown that doubling the calcium intake during menstruation helps ease PMS symptoms including irritability, anxiety, crying and depression. Other high calcium foods include kale, tofu, broccoli, and almonds. For Bloating: Try Fennel. Chew on a few fennel seeds or sip a hot fennel and mint tea. For Cravings: Try Oatmeal. The body is naturally going to want carbohydrates.

Is This Fruit Extract 10,000 Times Better Than Chemotherapy? Over a quarter of a century ago a study was performed on the seeds of the Soursop fruit, also known as graviola, which at that time demonstrated such amazing cancer-fighting potential, that those exposed to it within the conventional medical community looked upon it with complete incredulity. Published in the Journal of Natural Products in 1996, Compound 1, one of five extracted from the seed of the graviola fruit, was found to be “selectively cytotoxic to colon adenocarcinoma cells (HT-29) in which it was 10,000 times the potency of adriamycin.” Adriamycin is the trade name for the chemoagent doxorubucin and is known by the nickname “red devil,” due to both its deep red color and terrible side effects, which include life-threatening, even fatal damage to the cardiovascular system. This abject lack of “selective cytotoxicity” — the ability to kill only the cancer cells and not healthy ones – is what makes Adriamycin so dangerous. According to the researchers The study authors concluded