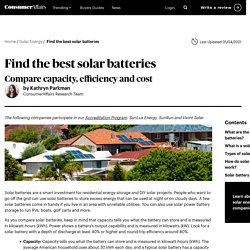 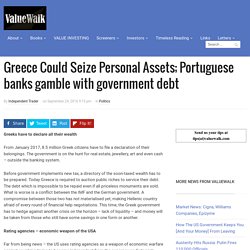 The government is on the hunt for real estate, jewellery, art and even cash – outside the banking system. Before government implements new tax, a directory of the soon-taxed wealth has to be prepared. Today Greece is required to auction public riches to service their debt. The debt which is impossible to be repaid even if all priceless monuments are sold. Rating agencies – economic weapon of the USA Far from being news – the US uses rating agencies as a weapon of economic warfare against countries trying to become independent from the superpower. How to distinguish an attack from yet another revision of credit risk?

ZNet. About 1,600 people have so far signed up on the We Stand Site. 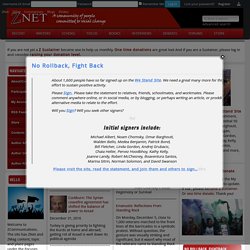 Latest Stories. Klaus Hart Brasilientexte. Solar-Server - Das Internetportal zur Sonnenenergie, Photovoltaik, Solarthermie, solar Bauen, Solar-Portal - SolarServer. To protect the revolution, overcome the false secular-Islamist divide - Opinion. It is impossible to exaggerate the significance of the momentous events that have drawn global attention to Egypt as its people continue to struggle with the unfolding drama of their revolution. 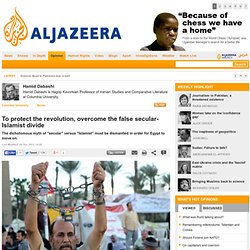 There are two evidently opportunistic events that have come together to signal a dreadful attempt by the Muslim Brotherhood to claim the entirety of the Egyptian revolution for themselves, pretty much on the same model that the Shia clerics hijacked the Iranian revolution of 1977-1979 - with the crucial difference that Egyptians in their tens of thousands have poured into their streets and are far more alert and vigilant to protect the totality of their revolution than Iranians were more than thirty years ago.

The first event revolves around President Morsi grabbing (and then rescinding) more power than he was granted by the free and fair election that - with a narrow margin - sent him to the presidential palace. Netzpolitik.org. Ars Technica. Der Sozialticker. News - GERMAN-FOREIGN-POLICY.com. Www.german-foreign-policy.com. Startseite — ZNet - a community committed to social change. Nachrichten, aktuelle Informationen, Hintergrund und Analysen aus Lateinamerika. Run-up to proxy war over Syria. Run-up to proxy war over Syria By M K Bhadrakumar If a date needs to fixed marking the end of "post-Soviet era" in world politics, it might fall on February 4, 2012. 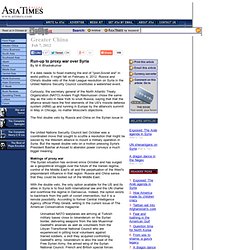 Russia and China's double veto of the Arab League resolution on Syria in the United Nations Security Council constitutes a watershed event. Curiously, the secretary general of the North Atlantic Treaty Organization (NATO) Anders Fogh Rasmussen chose the same day as the veto in New York to snub Russia; saying that that the alliance would have the first elements of the US's missile defense system (ABM) up and running in Europe by the alliance's summit in May in Chicago, no matter Moscow's objections.