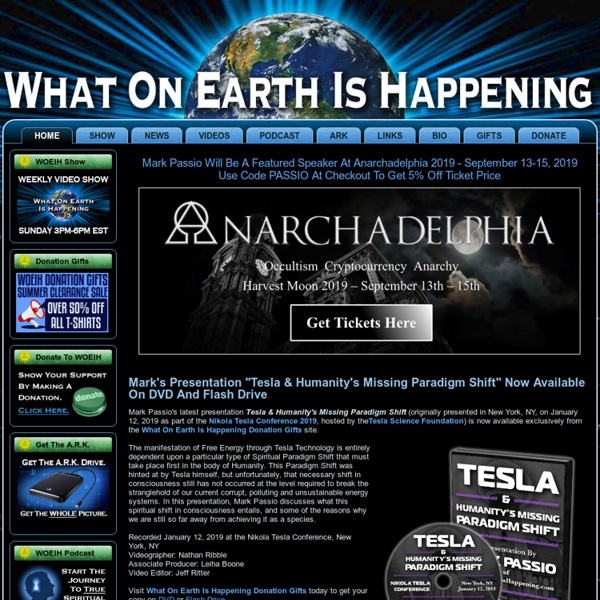 untitled henrymakow.com - Exposing Feminism and The New World Order School Of The Holy Science untitled This week observes Independence Day in the United States. So it is highly appropriate that former Congresswoman Cynthia McKinney join me on the Solari Report to discuss our theme for the 2nd Quarter Wrap Up: what the US Constitution is, why it is so important, the devastating possibilities if it is changed, and the human future that is possible if we enforce it. Indeed, enforcing it is the US citizens’ sole remaining option. Unless we do so, the US war machine will run out of control – and it will continue to expropriate our assets and our lives, including the lives and futures of our children and those of billions of other people globally. For many years we have known that invisible forces have run our government from behind the scenes — not just in Washington, but also in state houses and municipalities. Money and violence are the heart of these issues. Now we have reached a fork in the road. No one else knows this system better than former Congresswoman McKinney.

Bill Bean is back on the show to talk about one of the most frightening encounters he has ever talked about. This makes the fiction in Hollywood seem tame by comparison as Bill talks about what one brave woman had to endure as she was possessed by demons. We then expand into the bigger picture... Anthony Patch & I get into AI, both the positives & the negatives of the technology. Ben Emlyn-Jones is back with us on KBS and yet again proves just why he is such a firm favourite of you, the listeners. Anthony Patch is back with us for our first outing of the week on KBS and we get into the inner workings of our minds, in particular, its multidimensional geometry that occurs when our neurons fire off. We open up the show by talking about the pyramid and a new void that has been discovered within it. Anthony Patch & I get into some more confirmations coming out of D-Wave that we are on the right path when it comes to the technology that publicly & privately have.