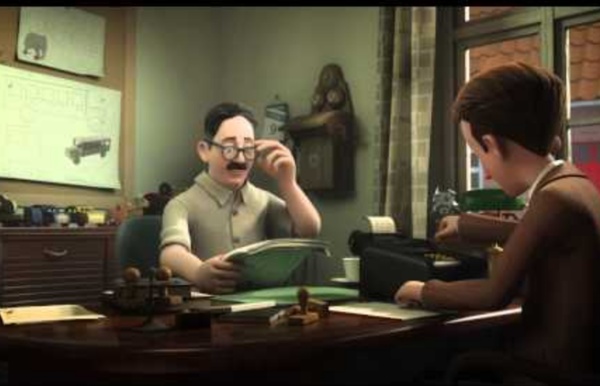 Graduation Project Into a Mesmerizing Nubian Hotel Via Ahmed Hayman It was only three years ago when the Egyptian Fine Arts graduate, Mai Badr, presented her life dream as a graduation project: an authentic Nubian hotel by the Nile that channeled her roots being transformed from a blueprint to reality. Ashari Narty is a craftsman and cultural center and hotel in Gharb-Soheil village in Aswan. This move came from a group of young Egyptians, who dare to dream in a country where nothing come easy. Via Tahrir News Via Yasser Ayman 25 Elf on the Shelf Quick and Easy ideas that take UNDER 5 Mins! - Over the Big Moon I know that Elf Season can be a bit exhausting, so I’ve rounded up 25 Elf on the Shelf QUICK & EASY Ideas that take UNDER 5 Minutes! I love our Elf on the Shelf, Jasper! I realized pretty quick into our 1st year of his arrival that lots of the ideas out there for the Elf on the Shelf were just very unrealistic for my families situation. First off, I didn’t have 15 minutes every night to figure out where I was going to hide him (or I’d be half asleep in bed and remember). Second, so many of the ideas had the Elf down low or in areas that my kids would have been tempted ALL day to touch him.

Inspiring Egyptian Women From fixing motors, to protecting men, to flashing red and yellow cards, these Egyptian women refuse to let anything hold them back. Society in Egypt has always expected a lot from women but not in the right ways; a century ago, society expected women to not get an education, dedicate their lives to housework in service of their families, and never peak out of the window with an uncovered face. 50 years later, women mostly dressed as they pleased and were permitted to work in careers that society viewed as suitable for them (nurses, public employees, domestic labour etc). From that point on, and due to the rising numbers in female literacy and education, women ventured into fields that have traditionally been inaccessible to them. More Egyptian women started becoming engineers, doctors, and scientists.

Why school librarians matter: What years of research tell us When schools have high-quality library programs and librarians who share their expertise with the entire school community, student achievement gets a boost. Since 1992, a growing body of research known as the school library impact studies has consistently shown positive correlations between high-quality library programs and student achievement (Gretes, 2013; Scholastic, 2016). Data from more than 34 statewide studies suggest that students tend to earn better standardized test scores in schools that have strong library programs. Further, when administrators, teachers, and librarians themselves rated the importance and frequency of various library practices associated with student learning, their ratings correlated with student test scores, further substantiating claims of libraries’ benefits. Skeptics might assume that these benefits are associated mainly with wealthier schools, where well-resourced libraries serve affluent students.

How Do You Know You're Ready To Get Married “I do, do I?” was the title Carrie Bradshaw (Sarah Jessica Parker) from ‘Sex & the City 2’chose for her book when she decided to discuss marriage. While watching the movie last night, this title got me thinking, how do you really know you’re ready to get married? Is it love? The importance of school libraries in the Google Age A qualified teacher librarian and a well-resourced library increases student achievement Overwhelmingly in local, national, and international studies, a positive correlation is found between the presence of a qualified teacher librarian and student achievement. Extensive research also finds that administration — most specifically principal — support for the teacher librarian role and the school library significantly enhances the positive impact the library has on student achievement (Haycock 1999; Oberg 1995; Oberg, Hay & Henri, 2000 cited in Hartzell 2002). Scholastic's publication 'School Libraries Work!'

Elisa Sednaoui Foundation “Children and young people should have the opportunity to follow their dreams and imaginations—to freely express feelings, thoughts, and experiences in open and creative ways. We created the ESF to help give children and young people these opportunities.” – Elisa Sednaoui. Inspired by her experiences growing up between the culturally diverse environments of Egypt, Italy, and France,Elisa Sednaoui launched ESF to provide creative learning programs for children and youth. What is History? A guide for primary teachers. Sources are broadly categorised as either primary or secondary sources. Primary Sources are those produced at the time of the event or period under investigation, such as personal sources such as letters, diaries, personal narratives, photographs (after 1850s), memoirs. official sources such as newspapers, government publications and archives, speeches, birth and death certificates, shipping lists, court records, council records, maps. artefacts such as grave-stones, buildings, war memorials, plaques, medals, coins, tools, household implements. To familiarise yourself with the Library’s website, choose an example for each of the above categories of primary sources in the collection that you may use with your class.

2016 5 Inspiring Egyptian Women They say it’s a male dominated society, but these 5 Egyptian women switched this all around with their achievements! These women proved that power, strength and determination know no gender! 1- Rana EL Kaliuoby (Twitter: @kaliouby) Rana El Kaliuoby, Ph.D, Chief Science Officer and co-founder of Affectiva, an MIT Media Lab spin-off, Kaliouby says she is “on a mission to bring emotion intelligence to our devices and digital experiences.” She is also passionate about empowering women to pursue STEM careers, in addition to this she holds board positions at the American University in Cairo and TechWadi.

Makey Makey Educator Guide download - Makey Lesson Plans download - Ever played Mario on Play-Doh or Piano on Bananas? Makey Makey, an invention kit for everyone, is a simple circuit board that lets you reprogram the world by connecting everyday objects to a computer. Rewire the World! Warning:extended use may result in creative confidence. • Turn everyday objects like bananas into touchpads!