HuffPost Women - 48 Things Women Hear In A Lifetime (That... Video features unborn girl pleading with her father to protect her from sexism. A powerful new video released by the humanitarian group CARE Norway, part of CARE International, depicts the life trajectory of a girl growing up amid a culture of derogatory comments and jokes about women that lead to rape and violence. 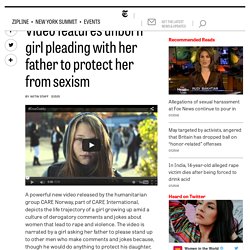 The video is narrated by a girl asking her father to please stand up to other men who make comments and jokes because, though he would do anything to protect his daughter, the silent acceptance of such remarks leads other men to act violently toward women. “You see, I will be born a girl, which means that by the time I am 14 the boys in my class will have called me a whore,” she says. The daughter explains that she will go on to be raped by someone who was raised by a man who told sexist jokes, and how she falls in love with a man who becomes abusive, even though she was raised to be an independent woman and is surrounded by loving friends and family. Read the full story at Daily Life. 6 Reasons Telling Women Their Power Is in Their Sexuality Is Not Empowering. No Cookies.

Now our vaginas are being photoshopped. Great. The 10th most read post on Mamamia this year, was about a different kind of photoshopping. 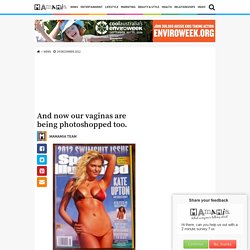 In it, we asked you to consider whether the western world even knows what a real vagina looks like any more? The world famous Sports Illustrated swimsuit edition cover has leaked for 2012 and it shows model Kate Upton in all her bikini-clad glory, but er, without her vagina. Jezebel asks: “So did they photoshop out part of Kate’s cleft of Venus, to put it delicately? Really the whole area meets her thighs in kind of a flat, strange way—even a Barbie doll has more realistic, prominent-looking genitalia.” That’s right. Last year we brought to your attention the fact that all the vaginas we see in magazines are digitally altered. It came to a head when a bunch of Playboy memorabilia was auctioned by Christies. But what about the vaginas? Journalists Kirsten Drysdale and Ali Russell investigated the link between censorship and the increase in labiaplasty amongst young women on on Hungry Beast.

9 Powerful Warnings About Womanhood To Teenage Girls. Young Feminists Changing the Game - Feminists to Watch in 2016. We Are FUSE - Journal. Jody Steel - Journal. Reshma Saujani: Teach girls bravery, not perfection. Project Forgive - Journal. Vince D. Fauci - REALLY AMAZING, SHE MAKES THE BEST POINT... HuffPost Women - Journal. Refinery29 - Journal. This Parody of What The Game of "Life" for Girls Would Be Like is Everything - Comedy Central's Glass Ceiling Game For Girls Is Great. I never played the game of Life growing up and honestly had no idea it existed, but I get the idea. 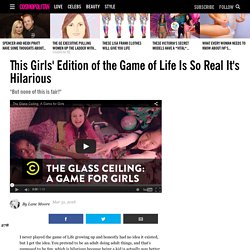 CBC News - Journal. Plastic - Short Film. BuzzFeed Books - Journal. Clementine von Radics - "For Teenage Girls" God Needs Women. Occasionally, in conversations about God and gender, someone will attempt to conclude the matter by noting that Jesus was a man, as though the incarnation proves something about the gender of God or the ultimate superiority of maleness over femaleness. 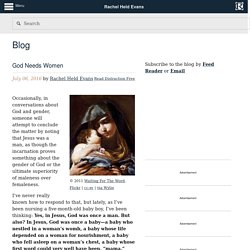 I’ve never really known how to respond to that, but lately, as I’ve been nursing a five-month-old baby boy, I’ve been thinking: Yes, in Jesus, God was once a man. But also? In Jesus, God was once a baby—a baby who nestled in a woman’s womb, a baby whose life depended on a woman for nourishment, a baby who fell asleep on a woman’s chest, a baby whose first word could very well have been, “mama.” Think about that. Fight The New Drug. Action for gender and social justice through education. Association of Women Educators (AWE) The AWE, through its branches and executive, works actively to further the participation of women and girls in education and society - Encourages and supports women, so that they can effectively pursue careers in education; Works to eliminate all forms of discrimination in curriculum, in institutional practices and in policies; Undertakes research projects to make difference for girls' education; Responds to issues of concern for women both in education and the community; Lobbies for further reforms and change generally to enhance the position of women in education and society. www.awe.asn.au Women in Adult and Vocational Education (WAVE) 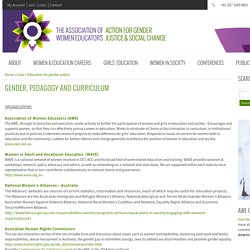 Watch A Bunch Of Little Girls Curse Like Sailors To Promote Feminism. Ten direct actions by women that changed the world. For as long as the world has been unequal and governments have allowed inequality to flourish, women have protested. 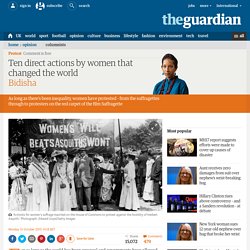 We’ve marched, starved, petitioned, written letters, devised legislation and even gone entertainingly off-piste to raise awareness and register our rage. Just over a century ago, the campaign for women’s votes was reaching its radical peak, with women disrupting public meetings, chaining themselves to railings and destroying artwork and public property. Last week, at the premiere of the film Suffragette, feminist campaigners demonstrated on the red carpet for women’s right to refuge provision. Women’s direct action and protest has changed the world – like the strikes by machinists at Ford’s plant in Dagenham in 1968, which led to the landmark 1970 Equal Pay Act. Here are some of the best examples in a century of campaigning. 1. 2. 3. 4. 5. 6. 7. 8.

Feminists in Peru dressed in red and lay on the pavement outside the Ministry of Women. 9. 10. This Girl Can. The Sexy Lie: Caroline Heldman at TEDxYouth@SanDiego. Katie Makkai - Pretty.