Brene Brown: The power of vulnerability 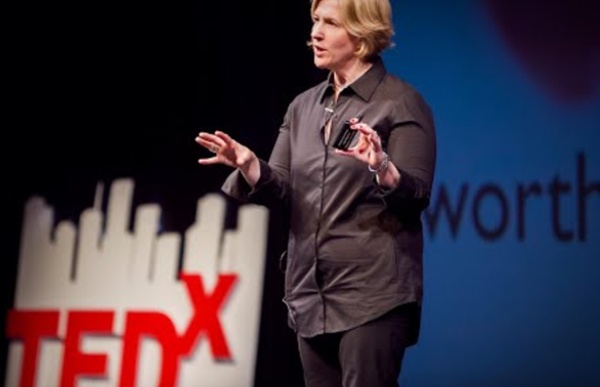 Joe The Peacock's Blog.: "That's Why You Don't Have Any Friends." Yesterday, I was at the gym. ...Don't worry. This isn't a gym story. Self-Reported Empathy Dropped over Last 30 Years Analysis of some 14,000 college student surveys over the last three decades finds that self-reported levels of empathy for others have decreased. Steve Mirsky reports As you get jostled in the daily rough and tumble, does it feel like other people care less about how rough you have it and how much you’re getting tumbled? Well, your suspicion may have some data to back it up. Integumentary System and Skin Layers The innermost layer of the skin is the hypodermis or subcutis. Composed of fat and loose connective tissue, this layer of the skin insulates the body and cushions and protects internal organs and bones from injury. The hypodermis also connects skin to underlying tissues through collagen, elastin, and reticular fibers that extend from the dermis. A major component of the hypodermis is a type of specialized connective tissue called adipose tissue that stores excess energy as fat. Adipose tissue consists primarily of cells called adipocytes that are capable of storing fat droplets.

The Risk Not Taken — I.M.H.O. It is a paradox. The risk is not in doing something that feels risky. The risk is in not doing something that feels risky. Very little is obvious in the research on human decision-making and happiness. Very few things are proven. One thing that is proven is this: the only regrets octogenarians have are for the risks not taken. Skeletal System Function and Components Bones are a type of mineralized connective tissue containing collagen and calcium phosphate. As a component of the skeletal system, a major function of bone is to assist in movement. Bones work in concert with tendons, joints, ligaments and skeletal muscles to produce various movements. Nutrients are provided to bone through blood vessels that are contained within canals in bone. Bone Function

Ben Bernanke to Princeton Grads: The World Isn't Fair (and You All Got Lucky) - Jordan Weissmann Over the weekend, Federal Reserve Chair Ben Bernanke delivered a graduation address at his old employer, Princeton, that was by turns funny (like actually funny, not monetary policy jokes funny), philosophical, and -- as Wonkblog notes this morning -- kind of radical. About midway through his words, he offered this frank take on success, meritocracy, and fairness: In so many words: You, Princeton Class of 2013, got lucky, and never forget it. You might end up Masters of the Universe, but you are not Randian supermen. You're here because you're smart, but you're smart because you're fortunate. There are some not-so-subtle political implications to telling an audience full of Ivy League grads that society isn't entirely fair, and that it's their obligation to "share their luck with others."

Human Body Videos for Kids - Primary Theme Park This post contains affiliate links to products I recommend. Read my full disclosure statement. Kids LOVE learning about the human body. It’s so fascinating! Videos are a great way for them to learn about different body systems and organs.