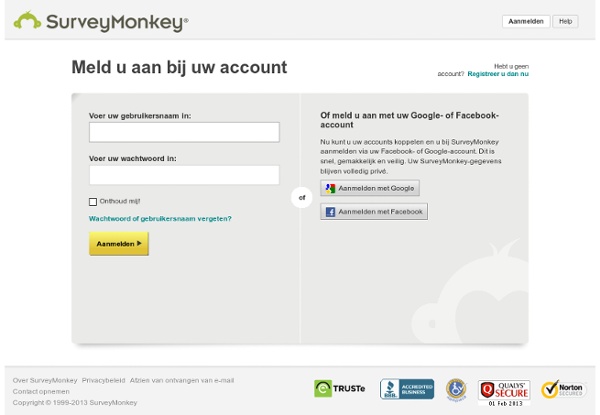 7 Web 2.0 Animation Tools Written by Mark Brumley Animation projects are a great way to integrate technology, encourage project-based learning and have a lot of fun. This month let’s take a quick tour of seven Web 2.0 animation sites for students young and old. For younger students, Kerpoof is an all-time favorite. This site has a suite of creative tools for children that are perfect for the elementary classroom. ABCYa.com is a very simple animation site for young students. Students in upper elementary and middle school will enjoy Fluxtime. Moving up a level of complexity is DigitalFilms.com. GoAnimate is definitely a big step up from the previously mentioned sites and works well for middle and high school students. A powerful, frame-by-frame, animation tool is DoInk. For more involved, 3-D looking animations, try Xtranormal. Give these animation web tools a try and post your comments on the Teacher Experience Exchange. Mark Brumley (112 Posts)

Sensemaking In information science the term is most often written as "sense-making." In both cases, the concept has been used to bring together insights drawn from philosophy, sociology, and cognitive science (especially social psychology). Sensemaking research is therefore often presented as an interdisciplinary research programme. Sensemaking and information systems[edit] Dervin (1983, 1992, 1996) has investigated individual sensemaking, developing theories underlying the "cognitive gap" that individuals experience when attempting to make sense of observed data. After the seminal paper on sensemaking in the Human-Computer interaction field in 1993,[1] there was a great deal of activity around the understanding of how to design interactive systems for sensemaking. Klein et al. (2006b) have presented a theory of sensemaking as a set of processes that is initiated when an individual or organization recognizes the inadequacy of their current understanding of events. In organizations[edit]

What is Qualitative Research? Focus groups, in-depth interviews, content analysis, ethnography, evaluation and semiotics are among the many approaches that are used, but qualitative research in its most basic form involves the analysis of any unstructured data, including: open-ended survey responses, literature reviews, audio recordings, videos, pictures, social media and web pages. What is qualitative research software? Qualitative research software like NVivo, helps people to manage, shape and make sense of unstructured information. It doesn't do the thinking for you; it provides a workspace and tools to enable you to easily work through your information. With purpose built tools for classifying, sorting and arranging information, qualitative research software gives you more time to analyze your materials, identify themes, glean insight and develop meaningful conclusions. Learn how NVivo can help Play eDemo: NVivo for Windows Play eDemo: NVivo for Mac More about NVivo

Materials, Time, Creativity For most of my life, I’ve been engaged in one hobby or another whose central focus is people building things. I build things. I buy things too. In fact, I recently opened an etsy store where I sell Homestuck horns, of all things. Would you accept two dollars for a set??? This has brought into sharp focus the topic at hand, and a few emails I’ve received have prompted me to write this essay. An overwhelmingly common criticism of artisan made pieces is this: "why does it cost so much?" Da Fuq? There are many variations on this theme, such as the following: - Aren’t materials only about three bucks for that item? Warning to potential consumers: all of these questions are not only rude, but will often be perceived as insulting. In particular the two that I’m labeling Time and Creativity. Cost of materials = none The organic matter it takes to put together an apple has a street value of a fraction of a penny, but bringing that delicious, edible apple to your table is what you are paying for.

Welcome to Seeing Statistics Qualitative research In the conventional view, qualitative methods produce information only on the particular cases studied, and any more general conclusions are only propositions (informed assertions). Quantitative methods can then be used to seek empirical support for such research hypotheses. History[edit] Data collection[edit] Qualitative researchers face many choices related to data collection ranging from grounded theory practice, narratology, storytelling, classical ethnography, or shadowing. Qualitative methods are also loosely present in other methodological approaches, such as action research or actor-network theory. Qualitative research often categorizes data into patterns as the primary basis for organizing and reporting results. The ways of participating and observing can vary widely from setting to setting. The data that is obtained is streamlined to a definite theme or pattern. Some distinctive qualitative methods are the use of focus groups and key informant interviews. 10. Data analysis[edit]

Theatre Ontario | Programs & Services | Grants | Professional Theatre Training Program Our Professional Theatre Training Program (PTTP) offers financial support for unique and flexible training with a chosen mentor in any theatrical discipline except performance. This program is funded by the Ontario Arts Council, an agency of the Government of Ontario. "Thanks to this program I was able to turn a loss into a win. I had applied for a position as Artistic Director at Theatre Centre... when Franco Boni was awarded the position, I immediately decided to apply to apprentice with him in order to find out what I needed to learn. Deadline There are two annual application deadlines for this program: March 1 and October 1. Eligibility Applications will be accepted from professionals who wish professional development within their own discipline or a “change of direction” within their careers (examples: an actor wants to become a publicist; a stage manager wants to become a producer; a technician wants to become a designer.) Applicants: To Apply Download a PDF of the application form