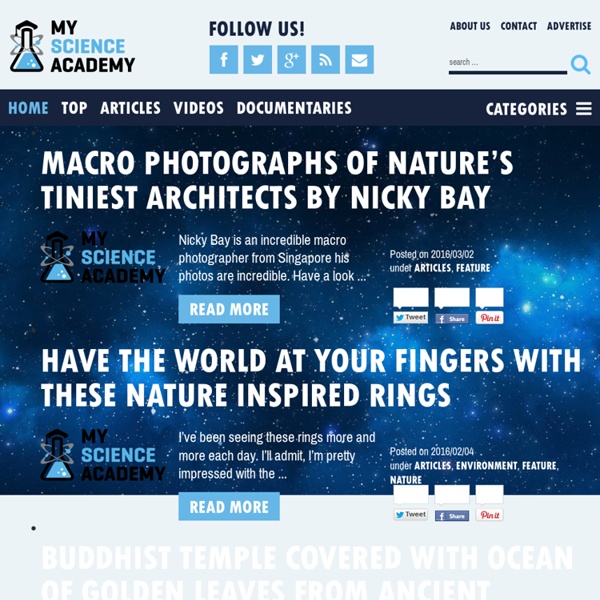 on 2014/01/04 in Articles, Technology Everything is becoming increasingly democratized, especially technology. The opportunity exists for every citizen with disposable income to be a part of the march of progress, and sometimes the investment has — get this – actually paid off. From advances in gaming to the health industry, the ever-expanding impact of these advances will reach people from all walks of life. We’re in an exciting age where a momentous new trend is still its infancy, and we get to bear witness to its constant growth and maturation. on in Astronomy, Lectures

Google URL Shortener Posted by Michael Hermanto, Software Engineer, Firebase We launched the Google URL Shortener back in 2009 as a way to help people more easily share links and measure traffic online. Since then, many popular URL shortening services have emerged and the ways people find content on the Internet have also changed dramatically, from primarily desktop webpages to apps, mobile devices, home assistants, and more. To refocus our efforts, we're turning down support for goo.gl over the coming weeks and replacing it with Firebase Dynamic Links (FDL). FDLs are smart URLs that allow you to send existing and potential users to any location within an iOS, Android or web app. We're excited to grow and improve the product going forward.

Four Skills to Teach Students In the First Five Days of School Jane Mount/MindShift The first few days of school are a vital time to set the right tone for the rest of the year. Many teachers focus on important things like getting to know their students, building relationships and making sure students know what the classroom procedures will be. While those things are important, Alan November, a former teacher-turned-author and lecturer says the most important ideas to hammer home will help students learn on their own for the rest of the year. “The name of the game is to find the right information with the right question,” said November during a workshop at the 2014 gathering of the International Society of Technology in Education in Atlanta. Age of Distraction: Why It’s Crucial for Students to Learn to Focus Digital classroom tools like computers, tablets and smartphones offer exciting opportunities to deepen learning through creativity, collaboration and connection, but those very devices can also be distracting to students. Similarly, parents complain that when students are required to complete homework assignments online, it’s a challenge for students to remain on task. The ubiquity of digital technology in all realms of life isn’t going away, but if students don’t learn how to concentrate and shut out distractions, research shows they’ll have a much harder time succeeding in almost every area. “The real message is because attention is under siege more than it has ever been in human history, we have more distractions than ever before, we have to be more focused on cultivating the skills of attention,” said Daniel Goleman, a psychologist and author of Focus: The Hidden Driver of Excellence and other books about social and emotional learning on KQED’s Forum program.

Space Alien Invasion: Science Channel's 'Are We Alone?' Considers ET Confrontation With Earthlings An alien invasion is headed our way. While it's the stuff of sci-fi books, movies, TV series and hi-tech video games, what if Earth suddenly faced a real threat from out-of-this-world invaders? How would the human race survive an encounter with an unknown civilization from another world? 6 Things the Most Productive People Do Every Day Ever feel like you’re just not getting enough done? Know how many days per week you’re actually productive? About 3: People work an average of 45 hours a week; they consider about 17 of those hours to be unproductive (U.S.: 45 hours a week; 16 hours are considered unproductive). We could all be accomplishing a lot more — but then again, none of us wants to be a workaholic either.

monochrom Hedonistika 2016 will take place at Cinematheque Holon (near Tel Aviv) as part of Print Screen Festival! Hedonistika is an interactive exhibition of gastronomical robots, cocktail machines, and experimental food performances. Created by artists collective monochrom from Vienna, Hedonistika is a travelling festival which moves from city to city and culinary landscape to culinary landscape, find local curatorial partners and cooperate with local hackers, builders, chemists and food phreaks to present a tour-de-farce of new approaches and discourses. Hedonistika says: don't let us trick ourselves into the absurd belief that organic food and machines are enemies. They aren't. Role-Playing Game Upends College Lecture and Ignites Fire in Students Carsten Tolkmit/Flickr The excerpt below is from the book “Minds on Fire: How Role-Immersion Games Transform College,” by Barnard University professor Mark C. Carnes.

Swarmwise – The Tactical Manual To Changing The World. Chapter Two. Launching a swarm is an intense event, where you can get hundreds or thousands of new colleagues in less than a day. You have a very short window for appreciating their interest, or they will take it elsewhere. OK, so you have a provocative idea.

22 Science-Backed Study Tips to Ace a Test ’Tis the season to start studying. All over the country, students in high school, college, and grad school are going into panic mode, wondering how they’ll manage to remember an entire semester’s worth of information before the big final. Luckily, we’ve got some advice to make those freak-outs a thing of the past. From talking out loud to taking gym breaks, here are 22 ways to (gasp) get psyched about studying and ace those exams. Remember Your Stuff 1.

Category:Systems A system is a set of entities, real or abstract, comprising a whole where each component interacts with or is related to at least one other component and they all serve a common objective. For the purpose of organizing articles into categories, there are four major type of system which can reasonably be expected to contain every type of system under its category tree: Physical systems, Biological systems, Social systems, and Conceptual systems. Subcategories Can teachers ever have a work-life balance? Teachers are, at times, a much-maligned and misunderstood community. Your friends will rib you about knocking off at 3 o'clock. "Oh, and you get all those holidays don't you?" they will quip. "How hard can it really be?" To cut to the chase, teaching is a stressful profession.