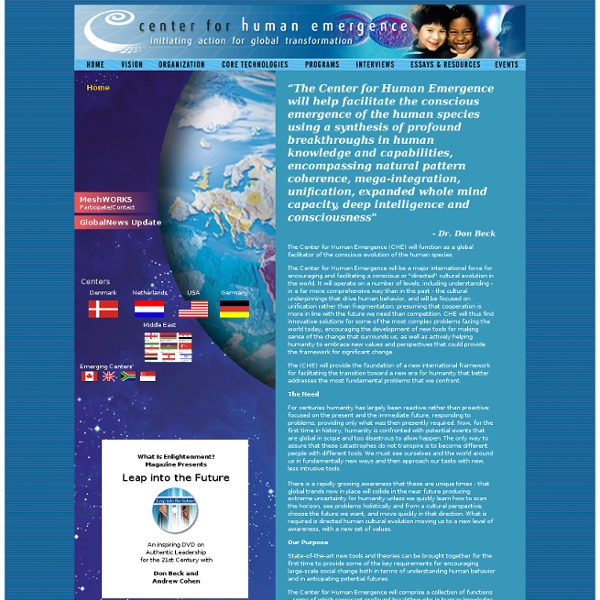 Earthships: Homes for a sustainable future | Over Grow The System Earthship Biotecture Mission statement: To evolve the way humans live on this planet by evolving existing methods of living, home by home. To make small, believable steps toward slowing down and ultimately reversing the negative impact of human development as it relates to the Earth’s ability to continue to support life. To present these steps in a way that affords easy understanding and inspires people to act. To empower people to make positive changes in their own lives to reduce their personal effect on global warming. The Primary Building Block of Earthship Biotecture Text via earthship.com. Let’s take the primary building block of earthship biotecture through the outline of characteristics and requirements for the ideal building block for humanity on planet earth… Indigenous: The rubber of the tire (sometimes steel belted) is indigenous all over the planet as a ‘natural resource’. Durability: the durability of tires filled with earth can not be surpassed.

Mushrooms emerging in construction realm as insulation To get off on the right foot, it’s not really mushrooms we are interested in. More their maze-like roots, known as Mycelium. Mushrooms are merely the fruit of such roots, like the visible tip of a much larger, submerged iceberg. And no small iceberg, either. By some definitions Australia’s own Great Barrier Reef is considered the world’s largest living organism. This vast unseen mycelium is where all the action is happening. Think about that for a moment. The beauty of Mycelium is that it can be harnessed. Multi-award winning Paul Stamets is an American mycologist (a fungi botanist), who could reasonably be considered the pioneer of modern uses for mushroom roots. For example, using oyster myclelia his ‘myco-remediation’ was able to turn diesel fuel contaminated soil into nontoxic material suitable for landscaping. Paul Stamets mushroom enzymes had effectively converted hydrocarbons into carbohydrates. Exciting as Paul Stamets’ work may be, his is not the only game in town. ​Myco Board.

Conscious Evolution: Leaping Into Possibility | Kosmos Journal It’s 2013. You have probably noticed. We survived the end of days, so what now? What is humanity’s future? It is 39 years since the Futurist magazine published Prof. Clare W. Fast forward to today. The leap is a shift in consciousness. The Conscious Evolutionary Journey We are aware of our position as latecomers to a 4-billion year biological evolution but less so of the psychological and societal development that has since taken place. Societal evolution has been a progression in numbers and complexity. The Coming Stage: Coping with Complexity If Graves’ view of our evolving consciousness was correct—if our Values systems and priority codes are psychosocial responses that adapt to changing life conditions—where are we now in our journey? No previous shift has been as stark as this; we are in a new scenario. In earlier, slower-paced and less complex times we could attempt to predict the outcome of our actions. Every previous adaptive system has added to our toolkit.

The Pallet House by I-Beam Design Costs Only $75 and Uses Spare Wooden Pallets The designers at I-Beam Design created the Pallet House Project because they were inspired by one simple, but unbelievable, fact: 84% of the world's refugees could be housed with a year's supply of recycled American pallets. Just based off of a year and a half year of pallet production in the US alone, 33 million refugees could live in a Pallet House. That's a lot of housing for a LOT of people in need. What makes their design so brilliant is that virtually anyone can build it very cheaply and in less than one day. The Pallet House, by I-Beam Design, was conceived as a transitional shelter for refugees returning to Kosovo. The pallet house is simply and provides great flexibility in terms of configuration. Since the house is made from spare wooden pallets, it is easy to acquire the materials to build the shelter. Not only that, but the house is very simple. You could add on to the house with found materials, such as plastic sheeting or tarps.

10 Reasons Why EarthShips Are F!#%ing Awesome Earthships are 100% sustainable homes that are both cheap to build and awesome to live in. They offer amenities like no other sustainable building style you have come across. For the reasons that follow, I believe Earthships can actually change the world. See for yourself! 1) Sustainable does not mean primitive When people hear about sustainable, off-the-grid living, they usually picture primitive homes divorced from the comforts of the 21st century. 2) Free Food Each Earthship is outfitted with one or two greenhouses that grow crops year-round, no matter the climate. 3) Brilliant Water Recycling Even the most arid of climates can provide enough water for daily use through only a rain-harvesting system. 4) Warmth & Shelter The most brilliant piece of engineering in the Earthship is their ability to sustain comfortable temperatures year round. The large greenhouse windows at the front of the house always face south to allow the sun to heat up the thermal mass throughout the daytime. 5) Energy

Renewable Energy Now Cheaper Than Fossil Fuel Renewable energy is becoming more and more competitive. Alternative and renewable energy sources are increasingly becoming more affordable. According to a new study published in the Journal of Environmental Studies and Sciences, it is now less costly in America to get electricity from wind turbines and solar panels, than it is to get it from coal-fired power plants. The study shows, when climate change costs and other health impacts were factored in, that it is even more cost effective to convert an existing coal-fired power plant with a wind turbine, than it is to keep the old fossil fuel-burning plant. Unsubsidized renewable energy is now cheaper than electricity from coal and gas power stations in Australia as well. Wind farms in Australia can produce energy at AU$80/MWh. Since 1990, wind-generated power has grown 26 percent per year, and solar has risen 48 percent.

Generalists to the Rescue: The Emergence of the Sustainability Professional | Pablo Freund As humanity has developed and expanded its footprint on our Earth, the complexity and interrelatedness of our systems has increased exponentially. The trend for individuals to specialize has also accelerated, and life as we know it today would be impossible without the brain surgeons, fire fighters and information technology engineers performing their highly specialized tasks. Nevertheless, this trend has also unavoidably led to ever narrowing and isolated perspectives, an unexpected and ironic byproduct in the age of ever expanding information and nearly instantaneous dissemination. While the connotation of the word generalist does not provide us comfort by bringing to mind a perspective too wide to describe anything specifically, but in stark contrast, science defines it one applicable to every case and therefore universally relevant. The current global system of energy production is a prime example of the intricacies of the puzzle.

#postscarcity or bust! by Philip Richlin We live on a planet with finite resources, however scarcity is relative to the way we manage those resources. “Scarcity” as a condition is artificial in the 21st century. Scarcity is artificial in the sense that it literally has to be enforced by a socioeconomic system of structural and behavioral violence. To quote the sociologist Philip Slater “Inequality, originally a consequence of scarcity, is now a means of creating artificial scarcities.” Anti-authoritarians have traditionally defined themselves as opposed to socioeconomic hierarchy. Capitalism is an authoritarian economic system, based on private property rights (property based on the threat of violence as well as money rather than needs or use), the private ownership of the means of production, economic competition, and a network of top down organizations that people are forced into in order to survive. We live in a system where 66 people have more wealth than 3.5 billion people.

Hacking Abundance But if the technological, demographic and geopolitical tsunami that Abundance predicts and celebrates is truly coming, we're all going to need to learn to ride giants--fast. That, or risk getting buried by them. That shift hints at entrepreneurs with world views and self-senses not merely satisfied with a stable of fancy cars, or a hall full of exotic hunting mounts--of leaders who thrive in solving complex problems, within and beyond their chosen industries, and within and beyond their own immediate spheres of concern. Any way you cut it, to be a successful leader today means juggling a lot more open windows on your browser, and upgrading your OS so you don't crash and lose everything right when it matters most. Conscious Complexity trumps Categorical Competency. The problem is, with the ever increasing rate of change, and the general overwhelm that most of us feel just keeping up with the mundane--who's got time to train like Superman? (and where's our Jet-Ski ?) Flow more.