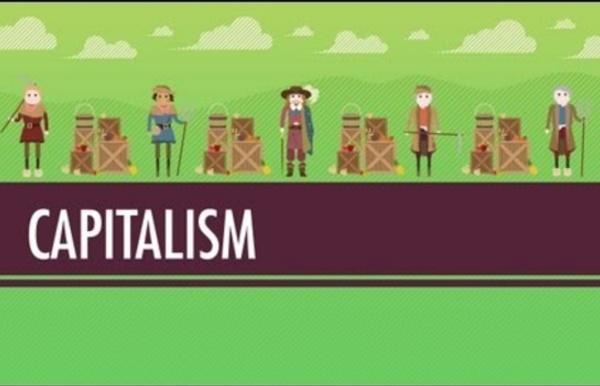 5 Whores Who Changed The Course of History For most of us, performing sexual favors in some dark alley for grocery money is about as low as life can get. But history is full of stories of prostitutes who parlayed their skills into positions of prestige and power. And some of them changed the world. Where: Timothy May: The Mongol Empire in World History World History and the Mongols An empire arose in the steppes of Mongolia in the thirteenth century that forever changed the map of the world, opened intercontinental trade, spawned new nations, changed the course of leadership in two religions, and impacted history indirectly in a myriad of other ways. At its height, the Mongol Empire was the largest contiguous empire in history, stretching from the Sea of Japan to the Carpathian Mountains. Although its impact on Eurasia during the thirteenth and fourteenth centuries was enormous, the Mongol Empire's influence on the rest of the world—particularly its legacy—should not be ignored. Brief History

Myth, Legend, Folklore, Ghosts Apollo and the Greek Muses Updated July 2010 COMPREHENSIVE SITES ON MYTHOLOGY ***** The Encyclopedia Mythica - SEARCH - Areas - Image Gallery - Genealogy tables - Mythic Heroes Probert Encyclopaedia - Mythology Gods, Heroes, and MythDictionary of Mythology What is Myth? Did the CIA test LSD in the New York City subway system? On Nov. 28, 1953, Frank Olson, a bland, seemingly innocuous 42-year-old government scientist, plunged to his death from room 1018A in New York’s Statler Hotel, landing on a Seventh Avenue sidewalk just opposite Penn Station. Olson’s ignominious end was written off as an unremarkable suicide of a depressed government bureaucrat who came to New York City seeking psychiatric treatment, so it attracted scant attention at the time. But 22 years later, the Rockefeller Commission report was released, detailing a litany of domestic abuses committed by the CIA. The ugly truth emerged: Olson’s death was the result of his having been surreptitiously dosed with LSD days earlier by his colleagues. The shocking disclosure led to President Gerald Ford’s apology to Olson’s widow and his three children, who accepted a $750,000 civil payment for his wrongful death.

Internet History Sourcebooks Project East Asian History Sourcebook There is no way of avoiding the fact that China is the central culture of Eastern Asia. Massively larger than any of her neighbors, China may have developed its cultural forms in relative isolation, but since the advent of Buddhism has both absorbed outside influences and disseminated its own culture. Japanese, Korean and Vietnamese cultures are not comprehensible without taking into account power of Chinese culture in art, literature and religion. Chinese culture itself is highly complex, and the other East Asian cultures also reflect local circumstances and traditions.

America's Flag Proportions 100% woven, spun Polyester, this is the most durable flag material ever created. With the look of cotton, this material was designed and engineered especially for industrial, commercial or institutional use or wherever severe climactic conditions exist. Brand Names: Tough-Tex, Koralex II, Champion, Polywavez, Poly-Max, PolyExtra. Nylon: Describes flags made of 100% SolarMax nylon for outdoor use. S. Korea Prepares to Evacuate DMZ Citizens After Threat South Korea is preparing to evacuate more than 800 residents along the demilitarized zone after North Korea threatened to fire on activists planning to send balloons across the border carrying leaflets critical of its regime. While no orders to leave are currently in place, authorities have been preparing citizens residing within the civilian control line to evacuate if any signs of a possible attack emerge, Park Kwang Hae, an official at Paju City Council, said by telephone today. The threat of an attack against activists is the first since North Korean leader Kim Jong Un succeeded his father Kim Jong Il in December.

Raymond Bykes, Western Union No. 23, Norfolk Va. Said he was fourteen years old. Works until after one A.M. every night. He is precocious and not a little "tough." Has been here at this office for only three months, but he already knows the Red Light Dist The Library of Congress does not own rights to material in its collections. Therefore, it does not license or charge permission fees for use of such material and cannot grant or deny permission to publish or otherwise distribute the material. Ultimately, it is the researcher's obligation to assess copyright or other use restrictions and obtain permission from third parties when necessary before publishing or otherwise distributing materials found in the Library's collections. For information about reproducing, publishing, and citing material from this collection, as well as access to the original items, see: National Child Labor Committee (Lewis Hine Photographs) - Rights and Restrictions Information

Bill would give president emergency control of Internet Internet companies and civil liberties groups were alarmed this spring when a U.S. Senate bill proposed handing the White House the power to disconnect private-sector computers from the Internet. They're not much happier about a revised version that aides to Sen. Jay Rockefeller, a West Virginia Democrat, have spent months drafting behind closed doors. CNET News has obtained a copy of the 55-page draft of S.773 (excerpt), which still appears to permit the president to seize temporary control of private-sector networks during a so-called cybersecurity emergency. Using Primary Sources - Teachers Primary sources are the raw materials of history — original documents and objects which were created at the time under study. They are different from secondary sources, accounts or interpretations of events created by someone without firsthand experience. Examining primary sources gives students a powerful sense of history and the complexity of the past. Helping students analyze primary sources can also guide them toward higher-order thinking and better critical thinking and analysis skills. Before you begin: Choose at least two or three primary sources that support the learning objectives and are accessible to students.