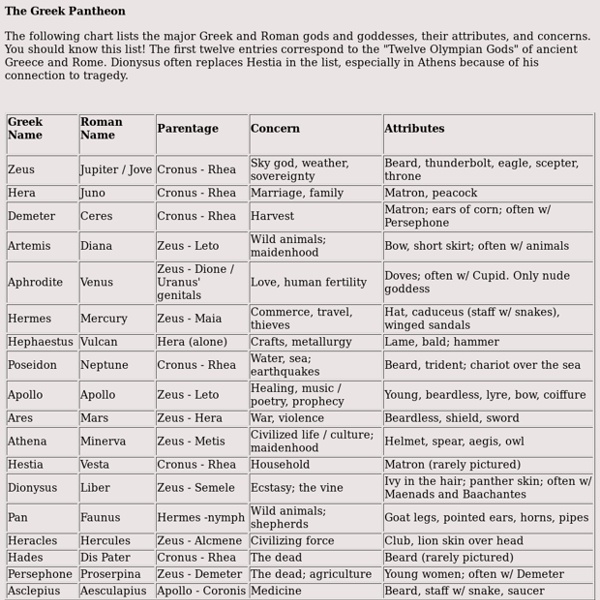 10 Lesser-Known Egyptian Gods That Are Absolutely Terrifying I was in Egypt a few weeks ago. Here's another relief from inside the temple at Esna, showing Thoth and Horus anointing the king, along with a goddess I believe to be Menhit. The interior of the temple is quite well preserved as it was deliberately buried to protect it. Here you can see the temple is significantly lower than the contemporary city. Pixar's 22 Rules of Storytelling These rules were originally tweeted by Emma Coats, Pixar’s Story Artist. Number 9 on the list – When you’re stuck, make a list of what wouldn’t happen next – is a great one and can apply to writers in all genres. You admire a character for trying more than for their successes.You gotta keep in mind what’s interesting to you as an audience, not what’s fun to do as a writer. They can be very different.Trying for theme is important, but you won’t see what the story is actually about til you’re at the end of it.

Spectacular Moleskine Doodles Explode with Energy Philippines-based illustrator Kerby Rosanes proves that doodling can be so much more than scratching unintelligible scribbles on paper. Through his Sketchy Stories blog, Rosanes shares his wonderful world of doodling in a simple Moleskine sketchbook. Equipped with an ordinary Moleskine, a few Uni Pin drawing pens, and his innate gift for drawing, the artist is able to transport viewers to a world where tiny, cartoonish creatures explode with gusto to make up larger entities. Each of the illustrator's complex and crowded sketches are filled with minute details that allow the eye to wander and discover new characters and designs at every turn. The portraits are immediately mesmerizing, but even more spectacular when looked upon closely.

Mesopotamian Mythology - the gods of the ancient world Mesopotamia, the cradle of civilisation, was a hot spot of human activity five thousand years ago. Nurtured by the Tigris and Euphrates rivers, the lands of Sumer and Akkad bloomed with fertile thought. It was Sumertime and the living was easy - with plenty of spare time to doodle with amazing inventions such as commerce, writing and politics. Of course, this new-fangled writing did have its downside. VATSIM - Pilot Resource Centre (PRC) Navigation Charts and Flight Planning Tools Created and Maintained by Neil Dewson-Smyth and Chad Black Last update 070121 - MB There are hundreds of places that navigation charts can be found, both on the internet and at local flying shops. The links provided on this page are for flight simulation use only and are not posted for use in real world aviation. Please note that all links are to external websites over which we have no control. Sites may be VATSIM related or in many cases are real world AIP (Aeronautical Information Publication)

What Makes a Hero: Joseph Campbell’s Seminal Monomyth Model for the Eleven Stages of the Hero’s Journey, Animated by Maria Popova “It has always been the prime function of mythology and rite to supply the symbols that carry the human spirit forward.” Nearly four decades before Joseph Campbell (March 26, 1904–October 30, 1987) refined his enduring ideas on how to find your bliss and have fulfilling life, the legendary mythologist penned The Hero with a Thousand Faces (public library) — his seminal theory outlining the common journey of the archetypal hero across a wealth of ancient myths from around the world. Campbell’s monomyth model has since been applied to everything from the lives of great artists to pop-culture classics like Star Wars. But perhaps Campbell’s most important and enduring point from the book has to do not with the mechanics of the hero’s journey but with the very purpose of hero-myths in human life. He writes in the opening chapter:

Underlined Book Quotes Become Clever Illustrations Bookworm or not, you can't help but enjoy these black and white illustrations of literary quotes by Evan Robertson. The New York-based graphic designer has taken some of the cleverest lines written by famous authors such as William Faulkner and Oscar Wilde and turned them into wonderful posters. These literature-inspired fine art illustrations are currently being sold on Etsy under the name Obvious State. Robertson would see a "little jewel of a sentence" and he'd underline it. Then, he would take those "snippets of text and ideas" and "let the words be a springboard for an illustration." As he told Huffington Post, "The illustrations incorporate and interact with the text and hopefully add up to something that engages the mind as much as the eye."

Alex Russell Flint Madeline von Foerster by okmarzo April 21, 2014 "Executed in the oil and egg tempera mische technique developed by the Flemish Masters, these paintings allude to Renaissance sources in both method and style. 10 Legendary Monsters of Europe There are monsters all around us -or at least the legends of monsters. Last week we saw some of the monsters of Asia. Now here are some of the scariest monsters of Europe. 1. Why Storytelling Is The Ultimate Weapon In business, storytelling is all the rage. Without a compelling story, we are told, our product, idea, or personal brand, is dead on arrival. In his book, Tell to Win, Peter Guber joins writers like Annette Simmons and Stephen Denning in evangelizing for the power of story in human affairs generally, and business in particular. Guber argues that humans simply aren’t moved to action by “data dumps,” dense PowerPoint slides, or spreadsheets packed with figures. People are moved by emotion. The best way to emotionally connect other people to our agenda begins with “Once upon a time…”

Hipsters and Squares: Psychologist Jerome Bruner on Myth, Identity, “Creative Wholeness” and How We Limit Our Happiness by Maria Popova How our cult of creativity, which replaced religion, is becoming a source of anguish rather than happiness. Today, we hang so much of our identity on our capacity to create, often confusing what we do for who we are. And while creativity, by and large, is a positive force in the external world, its blind pursuit can be damaging to the inner. So admonishes the influential Harvard psychologist Jerome Bruner (b. October 1, 1915), celebrated for his contributions to cognitive psychology and learning theory in education, in his altogether fantastic 1962 anthology On Knowing: Essays for the Left Hand (public library) — the same wonderful collection of essays that gave us Bruner’s theory of “effective surprise” and the 6 essential conditions for creativity.

The Publishing Process in GIF Form At first you're thinking of writing a novel and you're all... But then you have an idea! And you go... But then you hit page 50 and you're all.... And then you hit page 75 and you're all... A free school under a bridge in India Altaf Qadri / AP Founder of a free school for slum children Rajesh Kumar Sharma, second from right, and Laxmi Chandra, right, write on black boards, painted on a building wall, at a free school run under a metro bridge in New Delhi, India. At least 30 children living in the nearby slums have been receiving free education from this school for the last three years. Related content: Rajesh Kumar Sharma, teach Somnath, an underprivileged Indian slum child at the school.