Join the fight for Internet Freedom 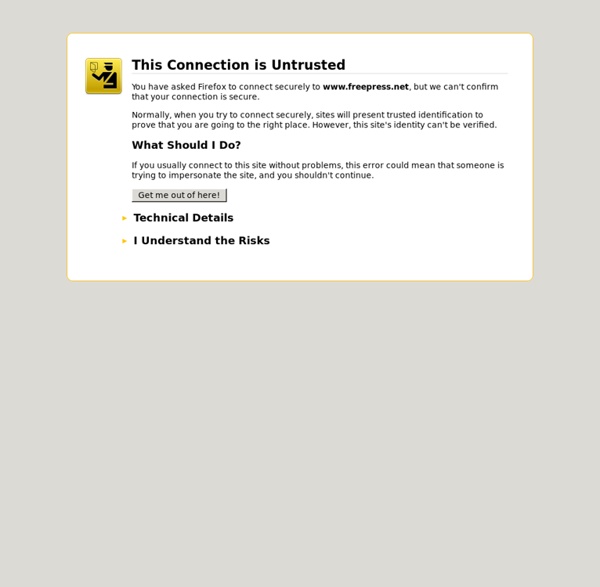 An appeals court just dealt the latest blow to the open Internet. The court struck down the Federal Communications Commission’s Open Internet Order because of the questionable legal framework the agency used when it adopted its Net Neutrality rules in 2010. This ruling means there is no one who can protect us from ISPs that block or discriminate against websites, applications or services. But there’s hope: FCC Chairman Tom Wheeler can correct the agency’s past mistakes and truly protect our nation’s communications infrastructure. The agency must take the necessary steps to make broadband networks open, accessible, reliable and affordable for everyone. Tell the FCC to start treating broadband like a communications service, and to restore its Net Neutrality rules.

Levoltz - The Social Media Guide LeVoltz.com may be available for purchase. Inquire today! Inquiry Form Inquire with your Facebook or LinkedIn profile, or complete this form to receive a free quote. Net Neutrality Posted by Eric Schmidt, Chairman and CEO of Google, and Lowell McAdam, President and CEO of Verizon Wireless (Cross-posted on the Verizon PolicyBlog.) Verizon and Google might seem unlikely bedfellows in the current debate around network neutrality, or an open Internet. And while it's true we do disagree quite strongly about certain aspects of government policy in this area -- such as whether mobile networks should even be part of the discussion -- there are many issues on which we agree.

Password Cracking with Rainbowcrack and Rainbow Tables » What is RainbowCrack & Rainbow Tables? RainbowCrack is a general propose implementation of Philippe Oechslin’s faster time-memory trade-off technique. In 1980 Martin Hellman described a cryptanalytic time-memory trade-off which reduces the time of cryptanalysis by using precalculated data stored in memory. The Net Gen Myth Responding to Norm Friesen, E-Learning Myth #1: The “Net Gen” Myth The major case againt the 'Net Gen Myth' is stated in Livingstone, Bober & Helsper, 2005. However, while the authors (such as Tapscott) describe the 'Net Gen' in terms of behaviours (as you say, "personal, multifunctional, wireless, multimedia, [and] communication-centric") the Livingstone, Bober & Helsper study responds to skills or capacities.

Royal Pingdom » 17 brilliant 404 pages and why they are cool Posted in Tech blog on March 28th, 2008 by Pingdom When you end up following a dead or incorrect link or mistype a URL, you are likely to end up on a 404 error page. It doesn’t have to be a bad experience, though. We have prowled the web for funny and original takes on this classic error page. Here are 17 of the best. s Alerts: Technorati and Newsweek Technorati and Newsweek I'm proud to announce that Technorati and Newsweek are working together, including a deep integration of posts and links from bloggers (here's an example) into Newsweek's site. This includes the Newsweek Blog Roundup and summary widget on every Newsweek page (shown here on the right). This acts just like a "most viewed articles" or "most emailed articles" widget - only the determinations are made by watching the number of bloggers that are linking to Newsweek articles. It shows the top 10 Newsweek stories generating the most discussion on Weblogs within the past 7 days. You can see it on the Newsweek homepage and on each of the article pages, simply scroll down a bit and look on the right hand side.

Nerd, Dork, Geek, Dweeb: What’s the Difference? Great White Snark provides a totally necessary and welcome diagram (h/t Rebecca Hersh). Since I prefer intelligence overall, think obsession has good, secondary value and find little to be recommended in social ineptitude but will accept it if required to support the first two, here’s the preference hierarchy, as I see it: Geek,Nerd,Dweeb,Dork.

When Drupal 6.x dev always returns page not found ... pages can still be found A problem with the yet unreleased versions of Drupal 6 is that in some cases Drupal all of a sudden seems to lose all of its paths. In my case it happened when working on a port of an OSInet module from the Drupal 4.7 to Drupal 6 API. A symptom of the problem can be seen by checking the menu_router table and finding it to be empty, although it should contain the default site navigation. Before reinstalling, a quick hack/fix can return the site to a better behaviour: since Drupal knows how to install itself, how about asking it to regenerate the menu_router table ? Luckily, there's a function which does just that: menu_rebuild.

littleoslo But the imagination goes on working. If you do not like to use AIM then choose the Chinese QQ to replace it. If you do not like to use Instant Messenger for a railway station then choose browser to replace it. Google: "Goggles Does NOT Do Face Recognition" The big news out of Hot Chips on Monday was Google's promise to have its Goggles visual search app ready for the iPhoneby the end of 2010. Google Goggles project lead David Petrous also provided the inside scoop into how Goggles deciphers your images in the cloud. But the most interesting takeaway from Petrous' talk was his repeated insistence that Google Goggles does not do facial recognition—interspersed by a long tutorial on how well it would work if it did. Augmenting your reality Augmented reality is a step toward intuitive search, like having an insightful personal assistant following your every move, answering not just "what am I looking at?"

250+ Killer Digital Libraries and Archives Hundreds of libraries and archives exist online, from university-supported sites to accredited online schools to individual efforts. Each one has something to offer to researchers, students, and teachers. This list contains over 250 libraries and archives that focus mainly on localized, regional, and U.S. history, but it also includes larger collections, eText and eBook repositories, and a short list of directories to help you continue your research efforts. death The sites listed here are mainly open access, which means that the digital formats are viewable and usable by the general public.

The New Gatekeepers I will argue here that gatekeepers are inherently needed by the architecture of the blogosphere-- as it has evolved, since 2001, into a public consciousness. This architecture has been developed out of certain values, and those values are the ones espoused by those same thought leaders. That is not to say that there are other architecture, values, or leaders present; merely that this is the dominant form for the moment. (That there are other types of blogs with minimal involvement of the public interest, I have covered this at length in Blogger Archetypes .)