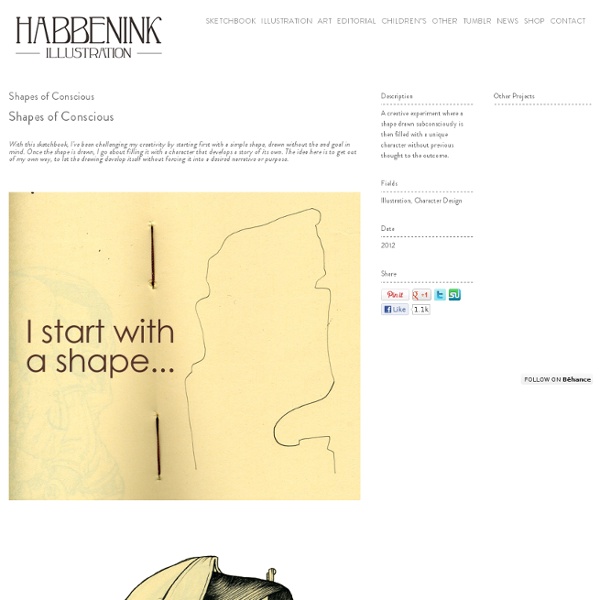 Collage art & Illustrations by Sammy Slabbinck “ Day 5 / Arrival at base camp “ © Sammy Slabbinck 2016 500 years Utopia. Anniversary of Thomas More’s Utopia , a video made for CANVAS TV “ Reaching for the sky just to surrender “ ( L. These Photos Are Actually Pencil Perfect Drawings At just 22 years old, Italian artist Diego Fazo has developed the skill to create photo-realistic drawings using a simple charcoal pencil. His latest creation, pictured below, has drawn hundreds of positive comments on his Deviant Art profile. Don’t tell me you can tell the image below is a drawing and not a high-definition photograph, because I don’t buy it. In fact people were so skeptical this incredible piece of art was drawn by hand that young Diego Fazo had to put up some photos of the work in progress just to lay doubts to rest.

20 brilliant things to make in a jar Via: mycakies.blogspot.com Start saving your old jam jars! From cakes to herb gardens, pies to photo frames, and even entire meals … here are 20 fantastic things you never knew you could make with a jar. (Above: red velvet cupcakes in a jar. Get the recipe here). Via: fatgirltrappedinaskinnybody.blogspot.com Teen Girl Shoots Beautiful and Creative Portraits of Her Pet Dogs If you’re a dog lover, you’ve got to check out the photography of 17-year-old photographer Jessica Trinh. Her two main photo subjects are her two dogs: a Golden Retriever named Chuppy and an Australian Shepherd named Daisy. Over the past few years, Trinh has captured hundreds of beautiful and creative portraits of her furry happy-go-lucky friends, aided by her keen eye for spotting gorgeous lighting and happy expressions. We dare you not to smile as you look through the images in this post. Trinh writes,

Faces on Cans public street art Imagine walking down the street and seeing one of these lovely can faces staring back at you. For the past 10 years, the UK based street artist known as My Dog Sighs has been leaving recycled pieces, like the ones shown here, on the streets for unexpected citizens to pick up and enjoy. He takes recycled cans, crushes them, spray paints them and paints these unique faces that beckon to be taken home. My Dog Sigh’s project, called FreeArtFriday, has spread throughout the world, with thousands of members now participating and turning the streets of their towns into a fun, free art show. See Also CORRUGATED ARTWORK: RECYCLED CARDBOARD INTO 3D ART

Small gods and little monsters Inside the Uk, you’ll find three kinds of insurance which are generally misinterpreted by clients: health insurance, income protection and demanding illness include. For insurance specialists, these 3 products are not exactly the same. Nevertheless for newcomers in the direction of the insurance market, comprehending the versions together might be a minefield. Right here, we separate well being insurance, income protection and demanding sickness cover to assist people choose a protection coverage that is satisfactory. Crucial Sickness Include Illustrator Michal Lisowski Michal Lisowski – artist and illustrator. Lives and works in Warsaw, Poland. His lively and original style was appreciated by companies such as Disney, B-win, MTV, Orlen, Orange, Play, Kinder, Skoda and Nescafe.

Still Life Still Alive Home » Inspiring Artists, Inspiring Projects 1 November 201060 Comments Alexa Meade is a 23 year old D.C. based artist who is developing an aesthetic that is playfully and skillfully combing paint, portraiture, photography and performance. The finalized work is one that is beautifully engaging, temporary and colorfully alive. The initial experience feels a touch kitchy with it’s aesthetic trickery but once past understanding the illusion the work is quite alluring. Make sure you check out the video that illustrates the painting process and how the personality and background of the model is integrated into the creative process.

Retrospective and Evolution of Apple Ads Apple Computer Inc. was established on April 1st, 1976 and incorporated on January 3rd, 1977. Apple first started advertising its products in the late 1970s. Here’s a amazing compilation of some of Apple’s most notable advertisements from the 70s until the 2002. It’s amazing how much the Apple product line and technology in general has evolved in such a relatively short period of time. In the 80s ads were text-heavy and light on images, as were many computer and technology ads from that era.

Harry Clarke's Haunting 1919 Illustrations for Edgar Allan Poe's Tales of Mystery and Imagination by Maria Popova Artful Edwardian-era erotica at the intersection of the whimsical and the macabre. Somewhere between Henry Holiday’s weird paintings for Lewis Carroll and Edward Gorey’s delightfully grim alphabet fall Harry Clarke‘s hauntingly beautiful and beautifully haunting 1919 illustrations for Edgar Allan Poe’s Tales of Mystery and Imagination — a collection of 29 of Poe’s tales of the magical and the macabre. So lavish was the artwork that a copy of the “deluxe” Clarke-illustrated edition went for 5 guineas in 1919, or about $300 in today’s money. The book, an epic volume of 480 pages, was eventually reprinted by Calla Editions in 2008, and is now available for the much more reasonable $27, or free with a trip to your local public library.