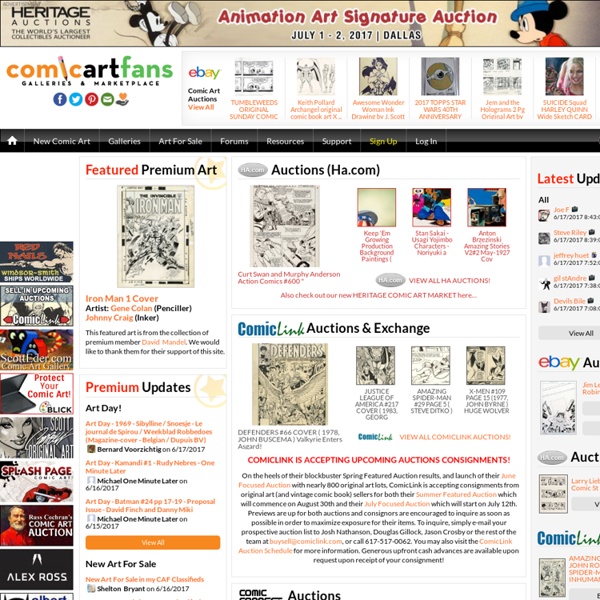 illus 6 The Surreal Paintings of Vladimir Kush posted by Damian M. under Photography on Mar 21st, 2010 with 32 Comments 21 Mar July 2010 Kirby dialogue from Eternals # 5 (Nov 1976), pg. 1 Kirby scholars, historians, fans, and critics love to argue. One of the more contentious debates tends to revolve around Jack's text. 10 Most Amazing Ghost Towns (ghost towns, best ghost towns) Some abandoned ghost towns are now tourist attractions, while others might be dangerous or illegal to visit. Meet some of the most fascinating ghost towns from around the world. KOLMANSKOP (Namibia): Buried in sand Kolmanskop is a ghost town in southern Namibia, a few kilometres inland from the port of Lüderitz. The Unofficial Handbook of Marvel Comics Creators (Many thanks to Barry Pearl for re-writing this section with additional info that I did not have.) There was no rating of comics before the Comic Code Authority was installed in 1955. Starting then, all of Marvel's comics had to be approved by the CCA or they could not be distributed to dealers. When the rebirth of Marvel's super hero comics began with Fantastic Four #1 in 1961 the CCA stamp was on all Marvel comics. Until the "anti-drug use issues" in Amazing Spider-Man #96-98 published in 1971. At this time any references to drugs, even if they were shown to be harmful, were not allowed.

predjama castle 1024 × 682 - en.wikipedia.org 2272 × 1704 - ski-epic.com 1250 × 833 - exploringthearth.com 1129 × 1280 - miguelrosa.deviantart.com 900 × 600 - postojnska-jama.eu 3872 × 2592 - brandondarnell.wordpress.com 100 Illustrated Horror Film Posters: Part 1 For some, Halloween means costume parties and drunken debauchery. That’s never really been my style. Personally, I like to spend my Halloween evenings eating candy and watching scary movies. Yeah, I’m a nerd – I know. This Halloween season has had me reminiscing of the brilliant horror and sci-fi movie posters of years past. Particularly, I am a fan of the illustrated posters that used to be the staple of nearly every science fiction and horror film released. Steve Ditko all images on this web-site are © and ™ their respective owners. images are used for entertainment and reference purposes only. "i never talk about myself. my work is me. i do my best, and if i like it, i hope somebody else likes it, too." this site does not concern itself with steve ditko’s personal life, his politics, philosophy or the brand of toothpaste he uses. it is simply about his work, and the myriad places where that work has appeared over the span of his incredibly prolific career: from comic books, fanzines, magazines and books to toys, games, trading cards, video and more. images of these diverse and multitudinous items are viewable here, accompanied by text descriptions of publication data and ditko-specific content.

The World's Best Photos of cosplay and skyrim Flickr Hive Mind is a search engine as well as an experiment in the power of Folksonomies. All thumbnail images come directly from Flickr, none are stored on Flickr Hive Mind. These photos are bound by the copyright and license of their owners, the thumbnail links take to you to the photos (as well as their copyright and license details) within Flickr. Original John Berkey Sketches For Sale These are "Prelims" Sketches that John Berkey has done over the years. These were rough sketches sent out to the client to approve for angle, color, content... Some of these were selected to be used as finals for John Berkey to paint from and some were never used as finals at all. These sketches were sent to the client and were handled by many people for review, so they might have pencil marks, scratches, dents and other imperfections on them. Some were signed when they were created and would be marked on this sheet as OS (Originally Signed) others are marked by SA which were signed later by John Berkey as they were being cataloged into the estate.

100 Amazing Futuristic Design Concepts We Wish Were Real Concept designers are also referred to as “visual futurists”. These concept designs may not be on the market yet, but they can still inspire you to create something just as futuristic and exciting online. The designs may be impractical in some cases, but the idea is to put the concept out to the world to see how it evolves and grows. John Berkey: A Tribute (John Berkey in his studio.) Sadly, this last week on April 29th, 2008-the master artist has left us. He was 75. He leaves behind a stunning lifetime of work. John will perhaps be best known for his fantastic depiction's of outer space scenes and spaceships. But, space was just one facet to his amazing ability and talent.

April 2012 Bryant's portfolio on CGHub. Keywords: concept robots mech mechanical japanese style anime concept art by professionall conceptartist bryant koshu Amazing Fantasy Artworks by John Berkey. Amazing Fantasy Artworks by John Berkey. "Self-portrait" For someone who lived almost his entire life in a small town in Minnesota and seldom travelled far from his home, Illustrator John Berkey has shown the world a unique vision of a future in time and space way beyond our wildest dreams. He is most well known as a science fiction artist, specifically for his paintings of huge graceful spaceships of multi-faceted shapes adorned with many intricate details, soaring through outer space.

THE ART OF JOHN ALVIN GETTING GREAT PRESS! - John Alvin Art As some of you who follow The Art of John Alvin, not the book, but the actual art, which is represented by ArtInsights Animation and Film Art Gallery, know quite well, Andrea Alvin has been working for several years writing, compiling, and getting permissions for a (hopefully first) book on John Alvin’s career and art. It is being released by Titan Books. We have been thrilled to see not only the attention that Titan has given it in terms of promotion, but also the interest, well deserved, by the press worldwide.