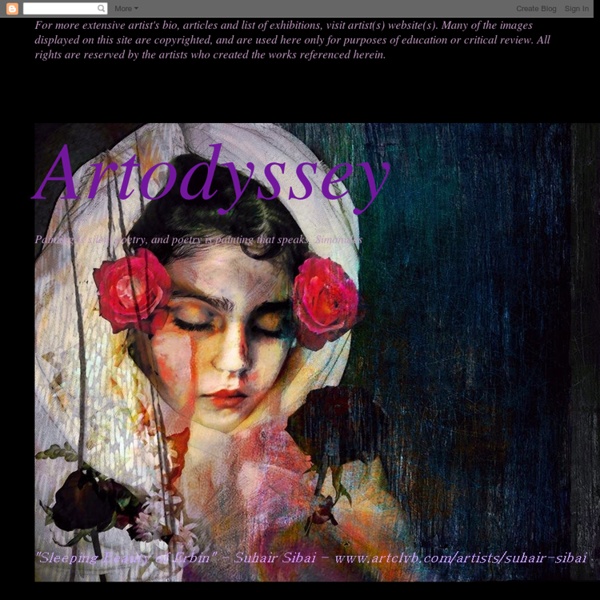 Anton Smit Sculpture Garden About the Sculpture Park The Anton Smit Sculpture Park's three-hectare grounds are situated on the northern side of the Bronkhorstspruit Dam, on a plateau overlooking the water. Amongst the backdrop of natural limestone formations, manicured lawns and succulent gardens, it makes for a lovely environment to view the expansive collection of monumental sculptures and installations. A destination of creativity attracting tourists, art buyers and includes Imagine Café, a full service coffee shop.The Park expands the traditional concept of an art venue, ensuring a truly unique and inspiring experience. “Late yestreen I saw the new moone lie, Wi the auld moone in hir arme…” he bellows low with a feigned Scottish accent, tool in hand and a twinkle in his eye.

The Art Of Blade Runner : Original Matte Paintings and Sketches Discover a collection of original concept art, sketches and matte painting made for legendary movie, Blade Runner, followed by a special documentary about the making of the movie. The Art of Blade Runner Learn Share and Connect with Legendary Artists Street Art Current Issue On sale now at newsstands or on screen May 2014 - Issue #160 All year long, Juxtapoz is celebrating its 20th Anniversary by showcasing the pivotal figures in contemporary art over the past two decades. Some artists are blue chip, some are underground heroes, others are behind-the-scenes legends. This month, we honor one of the great artists from Los Angeles during our existence, Alexis Ross, who has been monumental in various landmark exhibitions including "Street Market" at Art In the Streets.

Notes on Creating a Visual Interpretive Analysis A visual interpretive analysis is a tool that helps students begin to look closely and deeply at the way an illustration from a picture book creates meaning that enhances and extends story. The creation of one of these analyses on the www is a challenge both technically and in the creative response to and treatment of content. This page deals only with content; technical assistence will be provided elsewhere. The word "interpretive" is particularly important to keep in mind as you create your visual interpretive analysis. If we agree that meaning is created as the result of a transaction between an individual reader and a text at a specific moment in time; and if we agree that a reader both brings meaning to and takes meaning from this transaction, then it follows that there will be many possible interpretations of any text or illustration. What you hope to create for your students is a guide to some of these many possibilities, not a report of the 'right' interpretation.

Stephan Balleux - They shoot horses don't they They shoot horses don’t they This section displays the works I produced during my stay in Melbourne, at the Wardlow Art Residency ++ Long time no see, a limited edition book/catalogue was also produced:Constructed as a pictorial diary on my australian journey, it was conceived in close collaboration with the folks from South-SouthWest , a Melbourne based graphic designer studio.The book features an interview holds by painter Sam Leach ++ A review by Tony Lloyd at artinfo.com.au & a bunch of informations and a video interview at artinfo.com.au Paintingpainting#24

Sayaka Ouhito Japanese artist Sayaka Ouhito is an illustrator, and perhaps a concept artist. I’m unsure about the latter as I can’t read Japanese and, save for this relatively uninformative interview, there seems to be very little information available about her in English. Other than that, I know little about her, just my own impressions of the delightful drawing and Miyazaki-like charm that make her work so appealing. This gallery on her website is the best source for her work, though I found looking through the rest of the website difficult and unfruitful, more because of the lack of clear identification of links than the language barrier. She also has a blog, which includes some larger versions of works in the previously mentioned gallery, as well as others, but takes some digging through photos of cute animals and such to get to them.

ART! The other night a few of us painted at an event called “Art After Dark” at the Honolulu Museum of Art. The best part was when this little girl fearlessly walked up on the stage and joined in on the action. Photo by Lucky, he painted the skull. More photos below (in reverse order). Photos by Brandon Shigeta Photo by Meggs