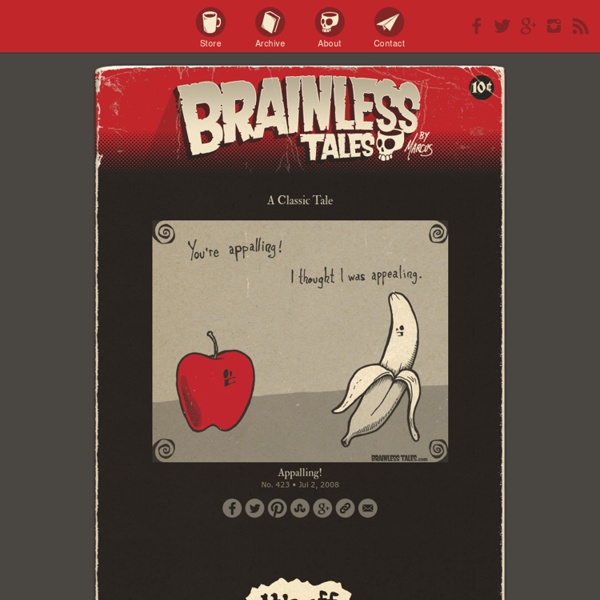 SUBNORMALITY! All content copyright Winston Rowntree, 2015. Museum previously seen here and then here. Wolfram|Alpha Comics, Quizzes, and Stories Candi - A College Story Blogging Twilight: Index Page We know you love Dan. We love him, too! And now, for your greater reading convenience, we're going to collect all of his Blogging Twilight posts here, in one place. We'll update this page every time a new post goes up. Of course, you are invited to join the lovely Amanda's Facebook group, Dan Bergstein's "Blogging Twilight" is AMAZING. Also, did you realize that Dan is on Twitter? Finally, okay, listen, we get it. Blogging Twilight Blogging New Moon Blogging Eclipse Blogging Breaking Dawn Topics: Books Tags: twilight, blogging twilight, cartoons

Comic Death Camp first prev random next latest Well, that was short and depressing. But hey, the Moon! Letâ€™s talk about that. Here are a few interesting factoids about our largest, most cherished, lifeless satellite: -The moon and the sun are actually two entirely distinct astronomical entities! -James Benson Irwin, lunar module pilot for Apollo 15, beat his family dog to death with an actual moon rock because he wouldnâ€™t stop howling at the moon! -The man in the moonâ€™s name is Grover Berringer! -Despite 2009â€™s discovery of evidence of water on the moon, some scientists believe that it could still be bullshit. -Everyone that worked with Tom Hanks on Apollo 13 says he was just a complete dickhead. -"Dancing in the Moonlight" by King Harvest is the single greatest fucking song ever. -The word "Moon" is derived from ancient Roman mythology or something.

Updated Mondays Hyperbole and a Half Mr. Lovenstein | Left and Right Comic #31. QC: New Comics Every Monday Through Friday